Remembering the golden age of Indipop 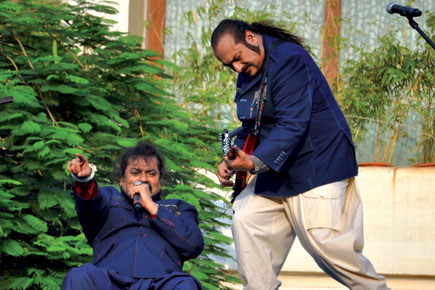 Remembering the golden age of Indipop


Priyanka Chopra’s diversification from Bollywood to music has gathered momentum with the recent release of her new single, Exotic. Reviews of the song have been mixed, but there is no doubt about the scale and slickness of the endeavour. It features international pop star Pitbull. The video is shot in Miami. The track became the official song for the 2013 Guinness International Champions Cup football tournament in Miami, with leading European clubs participating to prepare for their respective seasons. At a party after the game, Chopra hobnobbed with Cristiano Ronaldo and other Real Madrid stars. But despite all the gloss, contemporary Indipop cannot match the highs the genre achieved during the early to mid-1990s.

Some of the videos and lyrics of songs from that time may seem tacky now (Daler Mehndi’s ‘Tunak tunak’, for example), but Indipop had real mojo then. Major studios invested money in it. The populist tunes and themes appealed to listeners. To many, Indipop defined the first half of the 1990s, when a bold new India was emerging post-liberalisation. And then that beast called Bollywood swallowed the fledgling industry. As Chopra tries to revive Indipop, it seems an opportune moment to chart the genre’s journey so far through the memories of its stars.

“No one had heard music like this before,” says Anaida, one of the era’s marquee names. “[But] Bollywood caught on. They started composing music which was close to pop music. And their budgets were massive. I spent so much money on my own videos and promotion. I spent most of what I made. No one could compete with Bollywood.”

Composer and singer Lesle Lewis of the band Colonial Cousins (which also featured playback singer Hariharan), who worked on Suneeta Rao’s album Paree, Alisha’s Bombay Girl, KK’s Pal, and Asha Bhonsle’s Rahul and I and Janam Samjha Karo, guesses Indipop worked in the 90s because the live band had gone into oblivion thanks to a tax levied on restaurants and because Bollywood music had grown jaded. “The generation was changing and they wanted new music,” he says. He also names recording company Magnasound as a reason why many artistes flourished. “It was the only company which wanted to sign artistes who didn’t sing Bollywood or ghazals. These were essentially artistes who wanted to sing in English and agreed to sing in Hindi, but songs of a pop nature.”

Lewis remembers being one of the first people to include electronics and computers in the making of a song. “Be it Alisha, KK, Band of Boys—all the songs I created were different. I created stars,” he says. And then he worked with Asha Bhonsle on Rahul and I and Janam Samjha Karo. “After heralding the Indipop age, I got in the remix age. Jaanam Samjha Karo was such a big hit that they actually made a movie with the same name.”

Bollywood soon noticed that every club was playing Daler Mehndi instead of a film song, says Lewis, and that’s where the problem started. “They slowly imported the pop industry into Bollywood. They took over the talent—everyone started singing for films as they paid so much better. What was left was wannabes and hence the decline started.”

Anaida shuttles between Pune and Mumbai now. She is single and still busy with her music, about to release a meditation album. Last year, she judged a Chinese reality singing competition, Asian Wave (which features contestants from various South Asian countries), and also recorded a Chinese version of Oova Oova, one of her 90s hits. “I will always keep doing what I do best,” she says.

Oova Oova, incidentally, is a song about a plain-Jane transforming into a hottie in a little dress. Us nineties kids were as fascinated by her as Atul Agnihotri, who starred as the token cute boy in the video.

Anaida remembers how she got the recording deal for her first album Hotline. She had taken part in a Madonna song competition organised by HMV in Mumbai and sung Like A Prayer. She won, and HMV offered her a recording contract. But things didn’t work out. She then decided to sign on with a small recording company called Crescendo, and, at the ripe age of 15, Anaida the pop star was born.

Her first album, she remembers, was the first time an Indian artiste had released a song in the single format, that too on a cassette. “There were two songs on the cassette—Hotline on side A, and an introduction to Anaida on side B. It was a hit.”

The 90s were the golden era for independent Indian music. There were a handful of bankable names. There was Alisha Chinai and her Made in India, which made us feel patriotic that India had a model as hot as Milind Soman. There was Mehnaz with Miss India, Baba Sehgal with Thanda Thanda Paani (a straight Ice Ice Baby lift, but never mind), Suneeta Rao with Paree, Shweta Shetty with Deewane, Lucky Ali with O Sanam, and the list goes on.

Anaida remembers the euphoria. As someone with mixed genes (half Greek and half Indian), she looked exotic as it is. Her music added to her appeal, inviting attention as well as jealousy. “I would get calls… people saying that ‘We know where you are going to be at a particular place at a particular time. We will throw acid at you’,” she says.

According to Anaida, the police found that the caller was a famous pop singer herself, who couldn’t deal with Anaida’s success. “I was shocked. I had actually given her clothes to wear for her first video,” she says. “She spread rumours about me with the press too—she used to say things like ‘I am dark, Anaida is fair, and hence more successful’.”

But along with the bad, there was a lot of good. “I got a lot of proposals. Some were very weird—a married doctor from Hyderabad had it in his head that we were getting married. He used to mail me saying ‘You need to stop wearing these clothes once we get married’,” she laughs. “There were letters from lesbians too.”

Mehnaz, who was also signed on by Crescendo, is still remembered by some for her song Miss India. One of the lines in the song goes, ‘Main sundar na sahin, lekin chehra mera kuch bura bhi nahin. Dil sacha hai mera, yeh mujhko hai yakeen. (I may not be beautiful, but I’m not ugly either. My heart is true, of that I’m certain.)’ The video shows her ironing the clothes of models; by the end, she’s crowned Miss India.

Now settled in Seattle, Washington, USA, she shares her memories over email. ‘Miss India is an unforgettable song, album and period in my life. I remember driving home one night and Cuffe Parade, the area where I lived, was plastered with my posters. The response to the album was phenomenal. I toured extensively all over India, the Middle East, Sri Lanka and other parts of Asia. My good friend Diana Hayden was my manager at the time and also was crowned Miss India around then. It was special to sing Miss India at the finals of the pageant when she won.’

In Seattle, Mehnaz sings with a band called Manooghi Hi (inspired by the word ‘banoongi’). They sing a blend of rock ‘n’ roll and Indian melodies. Manooghi Hi has released two albums and played at festivals in the US. But she remembers the Indipop years like yesterday.

‘The sound was hip and fresh. Labels such as BMG, Sony, Universal, Virgin Music etcetera started investing in the Indian music scene and tied up with local record labels. Indipop created this new wave for listeners and thanks to the entry of MTV and Channel [V], singers got a lot of exposure. We also had collaborations with international artists. I won the Channel [V] award for Best Female Vocalist in 1996 and that led to the recording of the duet You Are The Reason with Air Supply for the soundtrack of the film Split Wide Open.’

Mehnaz feels it was the shrinking budgets that eventually led to the decline of Indipop. ‘Unfortunately, the amount of money that was invested in the making of a pop album was not justified by the sales. As a result, international record labels began to invest less and less. Indipop was always competing with the sales of Bollywood film songs and a lot of pop singers made the crossover into playback singing. Bollywood songs started sounding like pop in some ways and that became a more lucrative means of income and recognition for many talented singers.’

But all’s well that ends well. Mehnaz still records and plays in Seattle, and has left the Indipop world behind. ‘I don’t even perform Miss India anymore,’ she writes, ‘unless there is a special request.’

If Miss India made us all preen in front of our mirrors, it was Suneeta Rao’s Paree we played when it was raining outside and we wanted a song to keep us company. The song’s video shows an unexplained relationship between an older man and a young girl and is backed by a suitably ethereal sound, composed by Lesle Lewis.

“The video actually released in 1993,” Rao recalls, “two years after the song was ready. It coincided with MTV’s launch in India. It was the best thing to happen. I performed Paree at the 1993 Filmfare Awards in Mumbai and I remember the roar as I appeared in a white sequined dress and performed the song. I then returned in a skimpy dress and performed It’s My Life. The stage was on fire.”

Rao, who lives in Mumbai, has just finished recording a brand new song which will be released soon. She says the fans she won at the start of her career have sustained her for 20 years. “I have had people tell me they named their daughter Paree. Some people got married to it. On my YouTube channel, there are comments like ‘Why don’t they make music or pop stars like this anymore’. But even though Indipop’s time has passed, I am still a pop star,” she says. When Paree was conceived, she wanted to go the peppy, upbeat route like her contemporaries, but when she heard the song, she knew that the audience would love a change.

Two decades on, Suneeta says there is no Indian music industry anymore. “It’s only Bollywood,” she says. “I sang playback for a while, but this is my true calling. I have released songs on Artist Aloud online. I think we have to go with the times.” But one thing hasn’t changed: she still performs Paree at every show.

Indipop succeeded because it gave a whole generation music to grow up with; music that was not confined to Bollywood. As Pratichee Mohapatra of Viva—which was formed after reality TV auditions by Channel [V] in 1996, and claims to be India’s first girl band—says, “I only remember the good times. I remember our first concert at Delhi’s Shivaji Stadium and [how] we made it to the Limca Book of Records for being the first debut band to pull in over 50,000 people for its first concert.” The singer, who is also ready with her new single, says it was a golden age. “All the work that I have ever got since has been because I was a part of Viva—that’s the recall value of Indipop. What can be better?”