It Don’t Matter If You’re Branded

Michael Jackson was the last pop star who mattered to you, me and everyone. At the end, his voice and words shall live on for much longer than anything he was slapped with 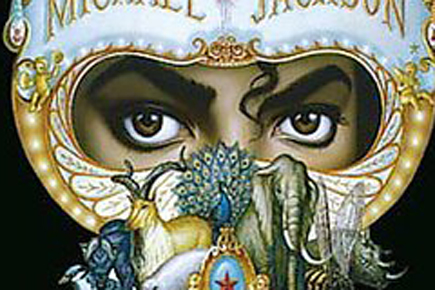 Michael Jackson was the last pop star who mattered to you, me and everyone. At the end, his voice and words shall live on


He died buried in debt, alone in a mansion, locked inside a misery that no one understood. But how else could this final act have been written? The death of Michael Jackson brings to a close one of pop’s most epic tragedies, a tale worthy of the Greeks—not one, but several myths contorted together, each as sad and fantastical as the next. He was the most popular and yet the loneliest entertainer in the world—an icon of child-like innocence to some and a predator of the same to others, a global celebrity who mutilated his face into a paper white mask, so better to embalm his enigma, or convey his inner angst. They say that at 50, a man gets the face he deserves, but they’re wrong. Jackson’s face spoke of an intensely felt irony and growing alienation from the world around him. He deserved better.

I’ve seen Jackson in the flesh only twice in my life. The first time was as a breathless 14-year-old at Wembley Stadium, during the Bad tour. Shrewder observers would have noticed the portents of collapse even then—the surgery, the crushing shyness in interviews, combined with his imperious posturing on stage. But to us kids in the crowd, he was almost otherworldly, a magnificent, preposterous creature who moved and sounded like no one we’d ever seen. We idolised him. We sang along to every word.

The second time I saw Jackson was at his trial in 2005, when he faced a possible 20 years in prison. Every day, he would show up and make his way through a hysterical maze of fans, resignation written all over his pallid face. He looked awful, even by his own cadaverous standards—Karen Carpenter thin, an effect heightened by his beefy security escort who flanked him in and out of court. He wore white socks with black sandals, and a jacket so crumpled that he might well have woken up in it. His hands were so bony, I thought they might crack as he moved. Once as he filed slowly past the press rows to his seat, he caught me staring at him and smiled. I had to turn away. His stretched lips were curling back up his talcum face like wallpaper. The sight of his gums made me shiver.

At the time, Jackson was considered a monster by many—a paedophile so committed, he lured his victims by building a fairground and a petting zoo in his backyard. He had admitted sharing his bed with boys—what else was there to say? So despite the judge’s ruling—‘not guilty on all counts’—there are those who have always considered Jackson guilty.

I’m not one of them. The trial didn’t solve the mystery that Jackson presented, or make sense of his Peter Pan existence, but it certainly didn’t establish his guilt either. Quite the opposite. One by one, the witnesses crumbled—their testimony exposed for its giant holes, and their corrupt agendas laid bare for the court.

The Jackson trial proved, if anything, that everyone is corruptible. That pastors, pop stars, hospice workers, kindly Hispanic maids, even sick children with cancer, are ready and willing to lie for money or otherwise.

I came away from the trial believing that Jackson was almost asexual, frozen in early adolescence, in many respects fundamentally immature. He’d had precious few girlfriends in his life—Brooke Shields, Lisa Marie Presley, Tatum O’Neal—but it’s not clear that anything ‘happened’.

And for all his supposed fascination with young white boys, why did he keep a handful of straight pornographic magazines, as the search of Neverland Ranch uncovered?

My suspicion is that he liked sleepovers because that’s what children do with their best friends. They crave intimacy, not sex. I suspect, as many do, that much of Jackson’s enigma can be best understood through the prism of his yearning for the childhood he never had.

Jackson started singing professionally at the age of seven. He sang with what Berry Gordy (founder of Motown) called “knowingness”, that combination of ecstasy and heartbreak that the best soul voices capture. By 11, he had given the Jackson Five their first No 1 with, ‘I Want You Back’, and he might’ve been talking about his youth—“Oh baby, give me one more chance.” Every night after school, he was forced to rehearse, driven hard by his father, a man he was told to call Joseph and never Dad. Joseph emotionally and physically battered Michael, a supremely sensitive child, once banging his head on the floor. Jackson later told Oprah Winfrey: “There were times when he would come to see me and I would feel sick. And I’d say, ‘Please don’t get mad, Joseph. I am sorry, Joseph.’”

I suspect Jackson’s talent was his principal burden. He didn’t want to be the most famous singer in the world, he just wanted to be loved. And yet, Jackson’s suffering began practically from the moment he revealed his gifts to the world. What death has done is at once relieve Jackson of this burden, and restore him in a way, by reminding us not of his surgeries or tawdry allegations, but of his epochal talent. Ever since 26 June 2009, Jackson has been revived through image galleries and YouTube tributes, not as a celebrity freakshow but as an artiste, perhaps the most electrifying singer and dancer the world has ever seen.

This is why we mourn him—he unified us. Jackson was the last pop star who mattered to everyone. At his peak, the scale of which we will never see again, radio was in its heyday, MTV had just been born, a global music culture was evolving, and in the space of a few years, Jackson would transform it all for good. He broke down racial segregation in music, the walls between soul and rock, and with Quincy Jones he changed the face of pop forever. He revolutionised the music video, hiring John Landis for Thriller and Martin Scorsese for Bad. He brought Motown style showmanship to his stage extravaganzas and created dance moves that kids would imitate from Malibu to Malawi. His influence cannot be measured. He was bigger than Elvis, Lennon or anyone before him or since. Jackson was the last global superstar before music fragmented into a thousand niches.

It’s astonishing to think that Thriller came out 27 years ago in 1982. It was both his summit and the start of his fall, selling 65 million copies worldwide, 30 million of them within only 15 months. And though it remains the most successful album of all time, it still betrays hints of Jackson’s impending decline. ‘Billie Jean’ portrayed the hardening of the artiste—it wasn’t a love song but a denial, and full of prescient warnings. “Be careful of what you do ’cause the lie becomes the truth.” The disco love affair of Off The Wall was waning, and paranoia was setting in, the surgery was beginning, and even then the eccentricity that would envelope him later, was beginning to tell—Bubbles, the chimp, the oxygen capsule, the vast, militaristic security detail.

From Thriller, there was only one way to go. And it was a long way down. Over the next decade, his songs told the story of his increasingly clenched and persecuted existence—‘Dangerous’, ‘Leave Me Alone’, ‘Scream’, ‘Threatened’, ‘Cry’. He continued to mutilate his face, and issue denials, his surgery a transparent barometer of both his loneliness and art. His stage presence became increasingly prone to messianic posturing, the implication of a divine mission to save the children of the world. It was Jackson who pronounced himself the King of Pop, a title no one would begrudge him. But such crowns really ought to be bestowed, not claimed. Then came the stigma; a couple of years later, the first firestorm of child abuse allegations surfaced with the case of Jordan Chandler, and the infamous $20 million payout.

Jackson never knew what normality might be like. He would have his minders dress him up in wacky disguises, so that he could go shopping among ‘normal people’ just to see what they did, how they behaved. Normal was another planet for Jackson, who inhabited a world he imagined himself, largely from movies. He became obsessed with Disney characters; he identified with ET. He sought to recapture his childhood by building a fairground on his Neverland Ranch, something that no normal child could ever imagine. And on stage, his performances seemed to do little other than caricaturise reality—his costumes were overtly theatrical, the hat and the sequined glove; his expressions of sexuality often forced and overblown; all that frenetic crotch grabbing. That night at Wembley, we all knew, even as teenagers, that he wasn’t remotely ‘bad’, as his lyrics protested—all that machismo was a confection, nothing more. Jackson was never hampered by reality, either in his life or work, which was why his music, when it hit the exhilarating notes, was so utterly transporting, so utterly his very own.

This last week has seen a deluge of media about The Gloved One, as everyone tries to make sense of his life. And among the eulogies are the wagging fingers in the media who scold others for their tawdry obsession with such celebrity freakshows. This argument always surfaces when celebrities die—that their unhappiness is the fault of fame. For such a complex man as Jackson, such simple arguments won’t do, but they join the complex tapestry they created. To some extent, Jackson is unquestionably a reflection of a sleazy celebrity culture. His trial showed us as much, the weakness of the evidence against him, the petty destruction of his reputation. Certainly, his death had many similarities to that of Elvis Presley, another global music celebrity who found the glare of fame blinding. They both died alone in their homes, addled with prescription drugs, desperately lonely and paranoid.

What makes Jackson’s story so unspeakably poignant, however, is that he was poised, in that Bel Air mansion, to make a comeback. After surviving the trial, he fled America for Bahrain, then Dubai, and then Ireland, desperately trying to escape debt. For an artist who sold over 100 million albums, the huge sums he owed indicates just how recklessly he spent money. But he always paid his bills, Jackson, and everyone else’s too. Ever since he was ten years old, he’d been doing shows for money, and he was about to do the same again with a series of 50 giant concerts in the UK.

Whether his comeback would have clicked is questionable, given his fading health and the stress of the experience. But his concerts were sold out. Jackson was loved to the end.

The author was present at Michael Jackson’s trial for child abuse, a charge he was acquitted of