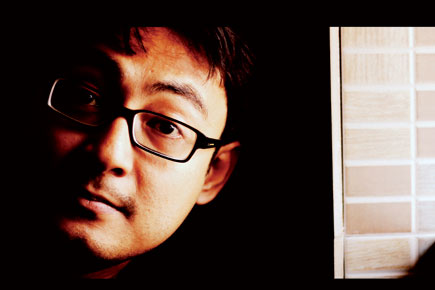 
A few months ago, authorities at PVR Cinemas informed Kenny Basumatary that they would screen his indie Assamese production Local Kung Fu across the country, but he would have to redub the dialogue in Hindi. With no money to hire a recording studio in Mumbai for this purpose, he created his own. Using large thermocol sheets, reinforced by bed-sheets and held together with a framework of pipes, he created something of an acoustic box large enough for a person and a microphone to fit in.

“It wasn’t ideal,” Kenny’s brother Tony remembers, “but it kept out external noise to a large degree and retained most of what the person inside would say.”

For a few weeks, this box occupied the living room of the modest apartment he shares with his brother and sister-in-law in Malad, a distant suburb of Mumbai. Eventually, PVR authorities had a change of heart and 32-year-old Kenny did not have to employ his contraption. Believing it would work best in its original language, they decided to screen it in Assamese itself.

The film released in Mumbai, Pune, Kolkata, Ahmedabad, Chennai, Delhi, Gurgaon and Guwahati on 27 September, becoming the second Assamese language film, after Jahnu Baruah’s Baandhon earlier this year, to have a release outside Assam. But what is striking about Local Kung Fu is how it was made. While Baandhon was made by the accomplished National Award-winning Baruah and produced by the state via Assam State Film Finance & Development Corporation on a budget of Rs 50 lakh, Local Kung Fu was made by a group of amateurs for exactly Rs 95,000.

About four years ago, the film’s lead actor, director, scriptwriter, producer, editor and sometimes cameraman Kenny Basumatary participated in a scriptwriting workshop in Mumbai called Sankalan. He had moved to Mumbai to push for a career in films, after having quit his job as a newsreader for an Assamese news channel, and, prior to that, having dropped out of IIT-Delhi, where he was pursuing computer engineering. The organisers of the scriptwriting workshop were to develop the top three scripts into films. His script for a martial arts-based film did not make it past the top six.

After this experience, he appeared in a number of commercials, TV soaps, and a few blink-and-miss roles in Bollywood films like Shanghai and Phata Poster Nikla Hero. He has a larger role in an upcoming Mary Kom biopic. Hoping that perhaps a producer would fancy adapting a book and hire him either as its scriptwriter or director, he authored a book, Chocolate Guitar Momos, which was published by Westland in 2011.

“I came to realise that no producer was going to show up at my doorstep anytime soon. If I wanted to direct a film, I would have to put in my own money,” Kenny says. When he moved to Guwahati temporarily, his mother offered him Rs 60,000. With an additional Rs 35,000 that he had saved, he decided to make what he calls an ultra-low-budget film for the internet. “Before doing anything else, I sat down and calculated how much money I had and how much I could allocate to various departments,” he says. The most expensive and important purchases, he knew, would be the camera equipment. A Canon 550D, which resembles a camera for still pictures ratherthan videos, cost him Rs 44,000. Additional costs included Rs 11,000 for a 55-250 mm lens, Rs 5,000 for a Rode VideoMic, and another Rs 7,000 for smaller purchases like memory cards, battery, filters, etcetera. “This left me with only Rs 28,000 for actors, props and whatever other expenditure,” he says.

To work around these limitations, he decided to shoot the film in Guwahati.

He approached his friends and family to act in the film for free. That way, he could also use their homes as sets. One of Kenny’s uncles, credited as ‘The Master’ in the film, was a martial arts instructor in Guwahati for over two decades. He could choreograph fight sequences and his students could act as fighters in the film. “I knew that my strong point was martial arts. So I decided to make a kung fu film with about six or seven fight sequences. I then wrote a story revolving around these fights. What I had in mind was something like the old Jackie Chan films which did not rely on cables or elaborate stunts. Just simple and well-choreographed fight scenes,” he explains.

Apart from Kenny, who plays the lead role, four of his cousins, two uncles, two aunts, his 80-plus grandfather, and his brother Tony are all part of the film’s acting cast. The others are mostly his uncle’s students. The highest paid actor in the film is its female protagonist, Sangeeta Nair. She was signed on for Rs 3,000. “One of my friends, who was also Kenny’s acquaintance, approached me for the film. I had missed many opportunities in the past because I was too lazy to try them out,” she says, not explaining what those opportunities were. “This time I thought I would at least audition for it.” A few days after the auditions, Nair, who then worked as a newsreader on an Assamese channel, got a call from Kenny telling her she’d been cast.

To ensure that the fight scenes looked convincing, they were meticulously practised. A scene involving two people and six moves would be rehearsed for at least three mornings, three hours each. Longer and more complicated fight scenes would require more practice. An additional Rs 2,000 was spent in purchasing various types of pads and guards to protect fighters from injuries.

However, this did not stop the film’s only mishap from occurring. In one scene, Kenny is to be beaten by a villain. Both of them are to jump towards each other, and Kenny is to receive a kick on his chest mid-air. In the first take itself, Kenny received the kick on his inner right thigh, keeping him away from the shoot for over two weeks. After about 28 takes, they eventually perfected the scene. It turned out so well, he says, that they used it as the film poster’s lead visual.

In the initial stages, the biggest challenge, Kenny says, turned out to be technical. “Since I have never worked with cameras before, I didn’t know how to deal with highlight burnouts on sunny days, where some part of the frame would be bright but another part dark. I read up online and asked a few friends who worked as DoPs (Directors of Photography). That’s how I learnt I needed to use Neutral Density filters. For quick-paced action scenes, I learnt through trial and error that I needed to use high shutter speeds,” Kenny says.

Nair proved invaluable not just for her acting but also her suggestions. One of the key effects Kenny wanted in the fight scenes was for puffs of dust to appear on impact whenever someone was kicked or punched. “Everyone does it in Bollywood and it looks good,” Kenny says. “But I trawled the internet, asked friends, [and] nobody knew how to do that.” They tried rubbing their hands and sweaters in dust, immersing these items in talcum powder and chalk, but it didn’t generate the desired effect. Says Nair, “That’s when I asked them, ‘Have you tried multani mitti?’” None of the boys had heard of it. Multani mitti, or fuller’s earth, is a clay-like material used for face-packs to deal with acne and blemishes. It proved to be the ideal material.

Since most of the actors were either students or did other jobs, a crucial aspect of the process turned out to be coordinating schedules. “I kept a diary and I would note down each individual’s schedule. Some would have school classes, guitar classes, and some would have day jobs. So I would have to work out various combinations of schedules,” Kenny says. Actors were encouraged to eat at home. “Once when I reported to the set for a morning shoot without having had my breakfast, I was offered two boiled eggs,” Nair says.

The film was completed in 2011. Kenny’s brother Tony, who works as a music arranger in Mumbai, composed a background score for the film, and Kenny edited the film by himself at home. He submitted it to a few festivals on a lark. One of the festivals to screen it was the 2012 Osian’s Cinefan Film Festival. Believing it to be commercially viable, Mumbai-based entrepreneur Durlov Baruah approached Kenny earlier this year with a plan to release it in theatres. Baruah has so far spent about Rs 2 lakh converting the film into digital format for PVR Cinemas and marketing it online.

During the shooting of the film, Tony fell in love with Nair. They have since gotten married and moved to Mumbai. In a bid to promote the film before its release, Kenny has moved to Guwahati to give interviews and arrange screenings. Through various connections, he has also shown the film to well-known names like Anurag Kashyap, Dibakar Banerjee and Navdeep Singh. Some, like Mieyang Chang and Adil Hussain, have put up video testimonials for the film. Meanwhile, Tony and Nair are holding forth in Mumbai. They expect to hold a press screening soon. “What happens at a press screening? Tony asks me. “Do you think I can learn about it online?”