Jeremy Seabrook, a lyrical narrator of socioeconomic conflict, takes us to the factories of Bangladesh and England 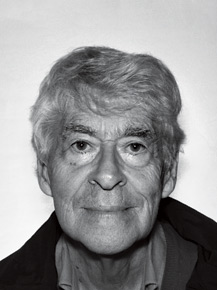 Jeremy Seabrook, a lyrical narrator of socioeconomic conflict, takes us to the factories of Bangladesh and England

Respected British journalist and writer Jeremy Seabrook is the author of 40 books, mostly dealing with socioeconomic development and the interplay between the economy and ecology. People Without History: India’s Muslim Ghettoes (with Imran Ahmed Siddiqui), his most recent one, is evidence of his keen, thoughtful global eye, seen in essays tackling the idea of a ‘culture of poverty’. In pieces like ‘Twins’, Seabrook’s lovely essay in Granta, he speaks powerfully of personal trauma, too; showing how both threads are often irretrievably connected, and how regret can outlive us.

In The Song of the Shirt: Cheap Clothes across Continents and Centuries (Navayana, 287 pages, Rs 495), Seabrook takes on the big issue of labour in Bangladesh and the cost of its abundance. Men, women and children toil in flammable buildings to bring in 70 per cent of the country’s foreign exchange, supplying companies like Primark, Walmart, Benetton and Gap, and it is this world of sacrifice Seabrook looks into. Using both Bengal and Lancashire to look into impoverishment and affluence, he looks at the larger picture as it is not often viewed. Open spoke to Seabrook, who lives in England, about this deceptively quiet book on the ‘global imperium’.

What drew you to the subject, at first?

Originally I talked about Blackburn, in Lancashire, 17th century weavers. They had made garments that went to Bangladesh; the great migration of the industrial areas in England connected. I felt a sense of kinship in India, and I went to Nagpur, where the Empress Mills were still in production. They were built, modelled on, mills in Lancashire. Then, on to Dhaka. In 1990, I first went to Bangladesh, long after I first went to India. The actual sense of physical overcrowding, the great tangle of metal. I found it beautiful, terribly complicated, and filled with stoicism and a syncretic tolerance. East and West Bengal share an identity.

The book is ‘a reflection on the mutability of progress’?

It is a circular dance. Money circulates around the world. People are barred from movement, but garments aren’t. They’re sort of blown with the wind, there is a repetitive quality to it: the dance of capital. Like a washing line. In Europe, the ghost of Manchester might be suffocated and there is irony and melancholy around this. We never chose industrialism; we never chose to become industrialised either. It just happened, as it were, in the absence of any real self-determinism. China, Morocco, Turkey, there are many places like this; Bangladesh just has lots of people. This fate is certainly not chosen by young women toiling in factories, but for many it is an enlargement of the life that would have been circumscribed by being at home.

There are consolations and small joys. In spite of the insecurity and mistreatment they suffer, there is the idea of sisterhood and sharing. In Dhaka, the slight surplus has enhanced the cosmetics and chocolate industries. It is all difficult to measure; having their wages unpaid for months, living in terrible, overcrowded, heated, metal cabins. But the consolation is being together and sharing assurances, helping to save their families.

What future do these workers have, what kinds of choices ?

On other people’s perspectives, I wouldn’t want to be too adamant about what’s good or what’s bad. There is a great choicelessness, but the choices you make within that choicelessness are not negligible. In the end, nobody knows. We’ve got to train the people for the jobs of tomorrow. But no one has a clue about what to train them for. No one knows what the jobs of tomorrow are. It’s like a midwife birthing a child into a culture it doesn’t know.

You speak of fire as the biggest hazard for workers in the garment industry, full of flammable material—what is being done about this?

The greatest industrial accidents were getting caught in the machinery—long hair, unguarded machinery. Yes, there were also stories of fire, by owners who were going bankrupt. They would rather collect the insurance. There is no proper collective outlet for negotiating, trade unions are so anomalous. NGOs are not really trade unions.

What are you working on now?

I have just written a book about my mother’s life; it’s about how my mother survived her husband, developed syphilis, and it is published on Kindle. What a relief to be free of publishers! On the other hand, I’ve no way of publicising it. The best thing I wrote couldn’t find a publisher.