A Telugu novel, honoured by the Sahitya Akademi, has both the literary community and Hindu rightwing worked up over its ‘pornographic’ depiction of Draupadi. 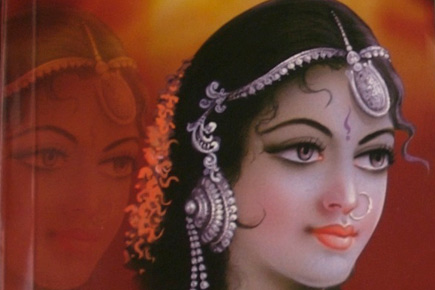 A Telugu novel, honoured by the Sahitya Akademi, has both the literati and Hindu rightwing worked up over its ‘pornographic’ depiction of Draupadi.


A Telugu novel, honoured by the Sahitya Akademi, has both the literati and Hindu rightwing worked up over its ‘pornographic’ depiction of Draupadi.

The Sahitya Akademi’s decision to select former Rajya Sabha MP Yarlagadda Lakshmi Prasad’s Telugu novel Draupadi for its prestigious award given to books of literary merit has not just bitterly divided the literary community, but also angered the Hindu right wing. Both hold the same objection: that this piece of fiction based on The Mahabharata is tasteless and titillating trash. Hindu extremist groups have especially berated the author for allegedly presenting Draupadi as a sex maniac and in a perverted manner.

The controversy has even invited the attention of the Andhra Pradesh State Human Rights Committee, which has directed the Union Information & Broadcasting Ministry to submit a report on the book’s selection and keep the presentation ceremony, scheduled for 16 February, on hold until the air is cleared.

Prasad , though, is unfazed (see interview) and maintains that Draupadi is a popular work of fiction. “Such outbursts are natural when a character is interpreted from a new angle. More so when it is a strong character like Draupadi, who people venerate unquestioningly,” he says.
The human rights committee’s decision, according to its chairman, Justice B Subhashin Reddy, was made on the basis of excerpts from the book presented to it by the petitioners, which, they felt, could hurt the sentiments of the Hindu community. “I have directed the Information & Broadcasting Ministry to keep the award presentation event in abeyance, as well as the process to translate the novel into 24 Indian languages," says Reddy.

The Hindu Dharma Acharya Sabha, one of the petitioners to the committee, is elated. “If the book is conferred the Sahitya Akademi award, it will desecrate the award’s sanctity, as the book is full of perverted descriptions and humiliates the character of Draupadi,” says Dr V Nageshwar, a Sabha representative. He believes the author has deliberately distorted parts of The Mahabharata in his book to create sensationalism.
Draupadi first appeared in serial form in a popular Telugu weekly, Andhra Jyothi, four years ago. It had then created a sensation, shocking writers with the way Draupadi, wife of the five Pandavas, was portrayed. Sections describing in detail the visions that flash through her mind while spending five amorous nights with each of her husbands and her hidden sexual preferences created a commotion, leading to the weekly pulling out some steamy passages. But the controversy worked well for Prasad, winning his work fans among housewives and teenagers across Andhra.
Late last year, the book was selected for the award by the Akademi’s Telugu Advisory Board, whose members included former Karnataka Governor VS Rama Devi, and noted Telugu writers B Ramabrahmam and Kalipatnam Rama Rao. With this, Prasad’s work joined several others nailed to the cross for depicting Draupadi in allegedly derogatory terms, from Oriya writer Pratibha Ray’s novel Yajnaseni (which apparently had derogatory statements on Draupadi’s character) to MF Husain’s nude portrayal of Draupadi.

Professor C Mrunalini, writer and academic who teaches at Telugu University, though, says she sees the problem largely one of giving the book India’s highest literary honour. “There were many more books during this period [2006-2009] which deserved the award, and which would have enhanced the reputation of Telugu literature,’’ she says.

Mrunalini agrees that Prasad’s book is not entirely demeaning to women, but says it does show Draupadi in an undignified light, mostly as a woman always pining for her husbands out of sheer physical need. “Personally, my complaint is that the book is 75 per cent word-to-word copy of the Telugu Mahabharata and 25 per cent distasteful in originality.’’

Opinion among scholars and writers in Andhra is divided, with a section feeling the book deserves the award. However, few are now willing to support the book openly. “Why not [give it the award]? It is a work of pure fiction and we should just leave it at that. Nobody is being forced to read it,’’ comments a writer who says he does not want to be dragged into the controversy.

As far as artistic licence is concerned, Mrunalini says fictional works woven around mythological characters should have “propriety and probability”. For instance, she says, a story by feminist writer Volga, based on The Ramayana, shows Sita and Ahalya as friends, discussing the problems they had to face from their respective husbands. “This was both probable and proper since it discusses the institution of marriage from a feminist point of view. But this novel [Draupadi] does not have these two Ps.’’

“I have no objection to such a book being written. Like most trash that goes by the name of literature, this book also can be read by like-minded readers. My objection is to its getting the recognition which should have gone to some other genuine and superior work,” she emphasises. Draupadi, more than anything else, Mrunalini says, is a blemish on Telugu writing.