Mr Dalrymple, why is it so hard to give credit where it is due? 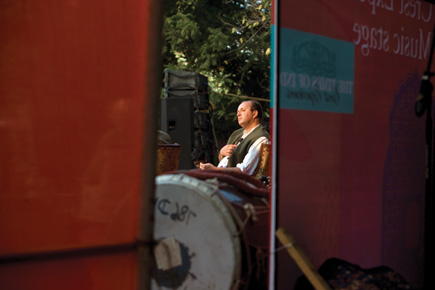 Mr Dalrymple, why is it so hard to give credit where it is due?


Mr Dalrymple, why is it so hard to give credit where it is due?

I have been reading with interest, and a growing sense of dismay, articles and rebuttals being issued by Mr William Dalrymple on the Jaipur Literature Festival, its origins and now finally on his version of how he thinks the festival is successfully executed. Most of this has been printed in Open and now in his latest interview to the Crest edition of the Times of India.

The time is perhaps right to set the record straight on the ‘post colonial’ whitewashing Mr Dalrymple seems to be indulging in. For the record, the festival was NOT conceived or co-directed by him—or Ms Namita Gokhale for that matter—when it started in 2006. That honour, if indeed you were to call it one, would rest solely on myself, as the first Director of the Jaipur Virasat Foundation and of the Jaipur Literature Festival 2006. The literature festival was conceived during discussions on a drive back to Jaipur from Delhi with Ms Faith Singh, the founder of the Jaipur Virasat Foundation, and Ms Di Robson, our then International Festival advisor.

Ms Gokhale, to her credit, has always acknowledged this, though for some reason it seems to be a rather uncomfortable truth for Mr Dalrymple to accept. This year it seems to be getting even more unpalatable for him as can be seen in his polemic ‘The piece you ran is blatantly racist’. Or perhaps it’s just an inconvenient truth that he would like to airbrush out of history, completely once and for all, when he repeatedly states that “I conceived, co-founded and co-direct the Jaipur Literature Festival…” The truth is anyway out in the public domain if one were to look at the 2006 literature festival brochures and pamphlets. Mr Dalrymple and Ms Gokhale are listed purely as advisors to the festival.

My concern turned to incredulity when I saw his latest interview in Times of India’s Crest edition, dated 15 January, when the self-proclaimed founder [of the JLF] declares and I quote: “The USP is, there’s nothing sarkari, official or even professional about it. We don’t even have an office. There are no full-time paid members of staff. Festivals like Sydney have a full-time director and support staff. We don’t even have a telephone! This is run via four Blackberries, basically friends doing this from their bedrooms. But it’s full of love and enthusiasm”.

What is Mr Dalrymple talking about? Of course the festival has an office. Last I heard, the festival was being run and produced by Teamworks Films, which has at least 40 people working day and night to pull off this grand event. Does he really think, visas, hotel accommodations, travel logistics and the entire planning of sessions for 220 authors over five days gets done by four Blackberries and friends working out of bedrooms? The unkindest cut is, of course, to say that there is ‘nothing professional’ about the planning of the festival. Perhaps the efforts of Mr Sanjoy Roy and Ms Sheuli Sethi (who I have never met, but has been brilliantly producing the festival) are not professional enough for him. They definitely seemed good enough for the 180 speakers and 30,000 people over five days who attended last year’s festival.

Elsewhere in the same interview, he remarks that 40 people turned up for the first festival, I suspect the truth that 300 people came to hear Ms Shobhaa De in a fully packed hall with additional chairs set out in the lawns is a scar still festering somewhere. His own audience that year was considerably poorer!

The real issue is, however, not who conceived this festival or ran it for the first year or even worked on it for the second year and so on and so forth. The real issue is a growing sense of overarching ownership that Mr Dalrymple has about the festival over the efforts of countless Indians who have worked very hard to make the festival what it is and still do the dog’s work to make it happen every year. I would never debate Mr Dalrymple’s immense contribution to the festival and the fact that it has reached where it has today purely through his and Ms Gokhale’s untiring efforts. Though in his current inclusive version of history that slips out in every interview, she only works on ‘desi/bhasha’ bits of the festival; the western writers who come are, of course, purely through his efforts. Nothing could be farther from the truth. Ms Gokhale has pioneered the literature festival idea in India, and was for this very reason invited as our first advisor to the Jaipur Literature Festival in 2005.

A senior Indian academic and collector of popular Indian art once told me of how a European counterpart of his always referred to her own collection as an archive while calling his a database. Racism plays out in very subtle ways and very often we are able to pinpoint the truth of the matter much after the attack is over. As Mr Hartosh Singh Bal correctly summarised in his rebuttal to Mr Dalrymple, to mock the experience of racism is easy for someone who has never really had to face it. Ask me? I left the Jaipur Virasat Foundation because of that and it has taken me this long to be able to say it.