They’ll be There For Us

A show about six young people living in New York in the mid-90s comes at a time when we have never been more isolated and socially distanced from each other. There are no friendly couches to crash on, no huddles to bind us, and no shoulders to cry on 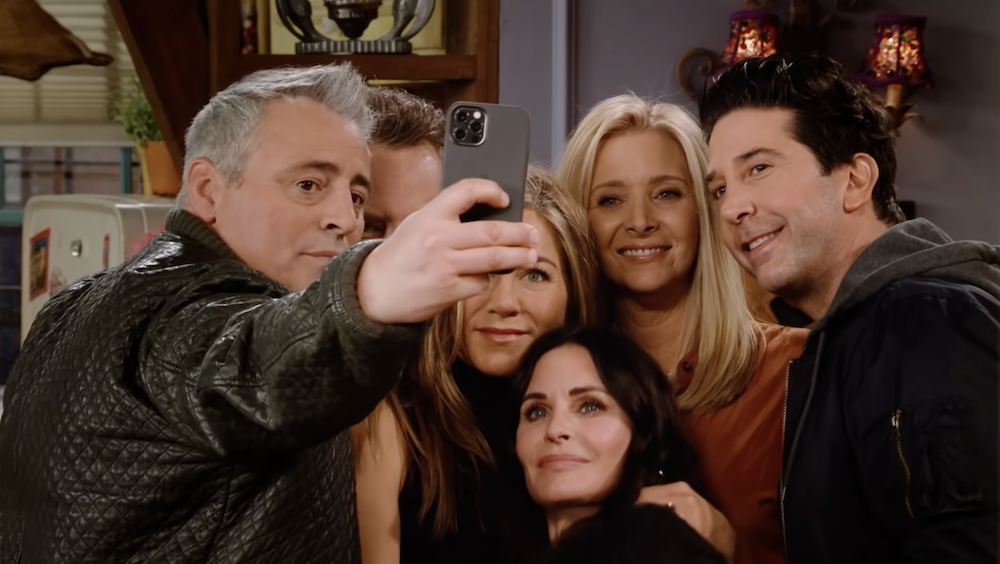 Was there anyone who didn’t cry and laugh at the same time while watching Friends: The Reunion? Even if you’re not a fan, the sight of six famous actors, in their fifties, reliving their youth onscreen with people who grew up on them, was a cultural moment that only America could have produced. Getting the world to watch what was essentially a talk show, with some zoom videos and old episodes stuck in between, is not exactly the height of creativity but there was something so spontaneous and moving that no scripted season could have matched.

Friends, which ran from 1994 to 2004, was a global phenomenon because almost every culture has a new generation that learns to live apart from its parents, move to a new city, find jobs, love, and live. Its impact on television has been enormous, from shows like The Big Bang and New Girl to post-millennial series such as The Bold Type and Younger. So much has been written about its global impact, people learning English from it, people seeking validation in it, and people even using it as an escape from the troubles and traumas of their routine lives.

But looking at the still super-looking fiftysomethings crammed on the couch in The Reunion, you realised one startling fact: They, Were. So. White. When diversity in front of and behind the camera has become so important, it is so surprising, particularly given that the show is set in New York, one of America’s most global cities. It is inconceivable that even in the mid-90s none of the six characters would have friends who belonged to other cultures, who were of other colours, or other sexualities.

That’s when you realise the distance we have travelled as a global culture. Part of it is necessitated by the market. Friends was popular because of the great American distribution machine which ensures digitisation, dubbing and the right deals allows American shows to be propelled across the globe. But the world, as Fatima Bhutto has written, is no longer interested in watching other people on their screens. They want to see people like themselves reflected on screen, one reason why Korean dramas were and are so popular in Mizoram, where they see themselves as an island in India.

Streaming platforms are doing precisely this, through SVOD, with languages other than English. Sure the world is fragmented, but substantial numbers of people can wait for a new series of Narcos of Money Heist or a new Korean band BTS tour, with as much enthusiasm as they did for a new season of Friends.

Watching The Reunion made one realise that at some point during the ten years the world first watched the series, they had become invested in the actors who played the characters. Over the years, all of them have borne the brunt of that interest, living their triumphs and tragedies in the public domain. Jennifer Aniston was America’s Sweetheart, one half of the world’s most golden couple till Angelina Jolie arrived on the scene. Since then much as she has excelled on screen, most recently in Apple TV+’s The Morning Show (where ironically, her rival is played by Reese Witherspoon, who was her sister in Friends), it is her relationship with Brad Pitt that has dominated headlines. Courtney Cox, the girl who danced with Bruce Springsteen, has had a fairly successful career on television as has the daffy Lisa Kudrow. David Schwimmer has been the steadiest of the three men, with both Matts, Perry, and LeBlanc, battling addictions and depression.

How odd it was to see them 17 years later, some with age sitting heavy on them, others have broken and mended their hearts along the way, gained and lost weight, won awards and lost the plot. They were us, emotional and imperfect, yet so real–well except Aniston who is still perfect. They give us, as they did in their youth, permission to fail and flail.

It’s no accident that it comes at a moment in time when we have never been more isolated from each other. There are no shoulders to cry on, no couches to crash on, no friendly huddles to bond with. This has been a time of rediscovering our families and ourselves. The Reunion was a reminder of how our friends had cushioned us from the troubles of life for so long. Now we have no one but ourselves to burrow deep into. With a few old episodes for company.