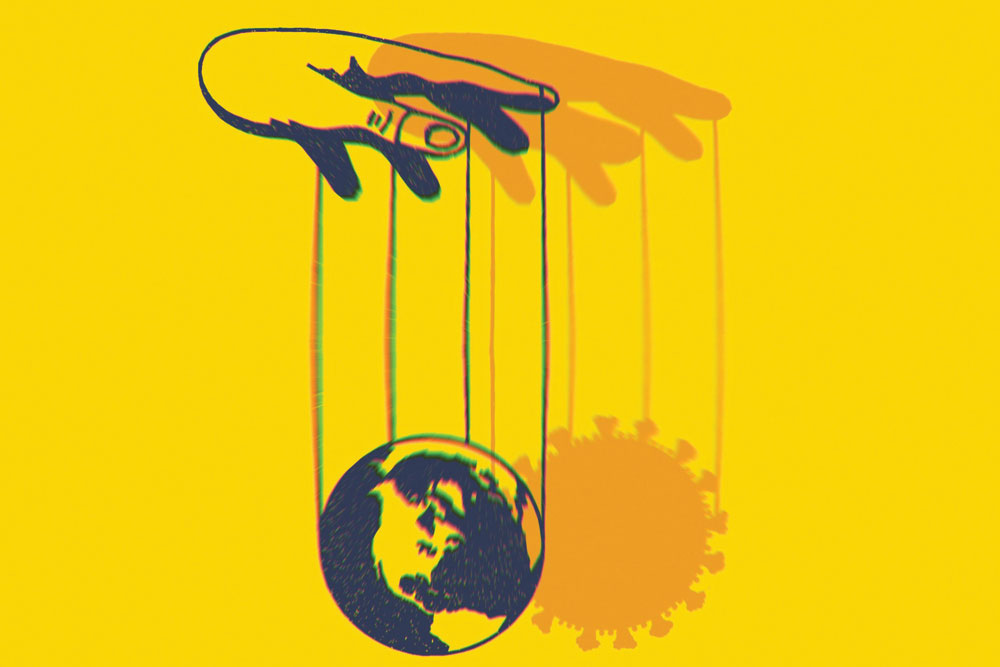 
IF YOU HAD to imagine a good life lived well with total success, then Microsoft founder Bill Gates would be it. He built a phenomenally profitable company that touched almost everyone. The software he sold made life easier for people, businesses and governments. For the longest time, he was the richest man on the planet. He then left business to use all his billions for the poor. His foundation has saved millions of lives from diseases like malaria. Why would anyone think of him as evil when all his great deeds have been done under the full glare of the world? And yet, not only are there large numbers who do so, in recent times, it has reached a level that Gates has been forced to defend himself against absurdities like deliberately unleashing the novel coronavirus.

Just this week, in a Skype interview to the The Times of India, he spoke of how Covid had impacted him in unforeseen ways. He said: ‘I wouldn’t have predicted that there would be all these crazy conspiracy theories. A lot of anti-vaccine sentiment… Some of these rumours are focused on me. Saying that because I work on vaccines or I warned about this epidemic, somehow I am behind it, I am trying to do something evil. In a way, I can sit and laugh because it is so much opposite to the truth. But it is kind of a serious thing if people think of vaccines in a negative way. Or that wearing masks is not a super important thing. How do we get the trusted leaders get their voice to be stronger than the crazy stuff? The social media companies are trying but we haven’t found a good enough solution. Because the crazy thinking is getting out too much.’

Social media has been a conspiracy theory driver, its very mechanism making it possible to bring together people who believe in wild ideas and amplifying them to convert even more people. The pandemic turned it up many notches, right from the beginning. A large number of people even now believe the virus was created in a laboratory by the Chinese government and then deliberately let loose on the world for strategic ends. As with conspiracy theories, it gets more elaborate as it goes along with every new fact fit into it. If it was a laboratory virus, wouldn’t the World Health Organisation (WHO) have known? Response: the WHO is also a part of the conspiracy, being arm-twisted by the Chinese government.

The traction of this theory was evident just a few days ago when mainstream media across the world reported on the interview of a recently defected Chinese virologist who, in a television interview, claimed to have witnessed firsthand a cover-up and again put forward the laboratory virus theory. An ANI report said: ‘Asked if she had scientific proof about the revelation, Dr Li-Meng said she has intelligence from the Chinese Center for Disease Control and Prevention (CDC), local doctors and other people across China. “These are the truths and all other things were covered up,” she added.’ Is it possible that all this is true? Yes. Is there enough evidence for such a belief? Not really. The Chinese whistleblower is promising a research paper but until then, it is just her word. Conspiracy theories are built on grains of truth. For instance, there is a strong basis to believe that the Chinese covered up information about the virus initially while the WHO remained negligent. But to then say they made it in a laboratory is a leap without evidence.

The primary reason for this being a season of conspiracy theories is the lockdown enforced across the globe. Remember the phrase used by Gates: the interesting lie that travels faster than the truth. When much of the planet is bored out of their wits sitting at home for months, interesting lies become very welcome. What is most interesting for Indians? Bollywood. Is it then any surprise that the suicide of a popular movie star should make fertile soil for a conspiracy theory?

Half of India now believes that Sushant Singh Rajput’s girlfriend Rhea Chakraborty was a hypnotiser who took over his brain, made him turn over his free will and wealth to her and finally made him kill himself. This despite Rajput’s own counsellors having told the media that he had been suffering from depression, possibly bipolar, which is known to be the most common cause of suicides. It didn’t matter. His death was a domino of conspiracy theories. Gossip writers were blamed. Filmmakers like Karan Johar and their groups, which ostracised Rajput, were blamed. Finally, it zoomed in on Chakraborty and television channels saw the ratings bonanza and latched on. It gave government agencies the legitimacy to interfere. As a result, now Chakraborty is in jail under a narcotics-related charge which has nothing to do with the suicide. The theory, meanwhile, has moved to Bollywood being a cesspit of the drug trade. The interesting lie had taken India by its throat. If there were human casualties, that was just the price for a locked down population’s entertainment.


When much of the planet is bored out of their wits sitting at home for months, interesting lies become very welcome. What is most interesting for Indians? Bollywood. Is it then any surprise that the suicide of a popular movie star should make fertile soil for a conspiracy theory? Half of India now believes that Sushant Singh Rajput’s girlfriend Rhea Chakraborty was a hypnotiser who took over his brain, made him turn over his free will and wealth to her and finally made him kill himself

In the US, meanwhile, there is going to be a presidential election in the midst of a severe political polarisation, leading to the most bizarre of conspiracy theories finding a vast number of adherents. QAnon is a right-wing group that believes a paedophile ring worshipping Satan is trying to take over the country by ousting Donald Trump. It believes top opposition leaders, actors and journalists are all part of this ring. And that Trump is fighting them and it their responsibility to support him in this war. Wacko as it is, the theory began by one anonymous user floating it on an online bulletin board. It picked up, found a secret following and when Trump, a conspiracy theorist himself in many ways, called them people ‘who love our country’, it became legitimate among all his enormous fans. QAnon’s theory has bloomed and branched to incorporate other conspiracy theories, which brings to them those adherents too. A recent New York Times article said: ‘QAnon was once a fringe phenomenon—the kind most people could safely ignore. But in recent months, it’s gone mainstream. Twitter, Facebook and other social networks have been flooded with QAnon-related false information about Covid-19, the Black Lives Matter protests and the 2020 election. QAnon supporters have also been trying to attach themselves to other activist causes, such as the anti-vaccine and anti-child-trafficking movements, in an effort to expand their ranks…The Federal Bureau of Investigation has warned that QAnon poses a potential domestic terror threat. Last week, QAnon reached a new milestone when Marjorie Taylor Greene, an avowed QAnon supporter from Georgia, won a Republican primary in a heavily conservative district, setting her up for a near-certain election to Congress in November. After Ms. Greene’s win, Mr. Trump called her a “future Republican star.”’

That such an incredible flight of fancy can now worm its way into the government of the most powerful nation on Earth should say something about the power of conspiracy theories at present. India is yet to see anything in the scale of QAnon but the Rajput case is an instance of the damage a sufficiently delicious conspiracy theory can do, the appeal it draws and how it can be exploited by politicians. It wouldn’t be surprising to see bigger conspiracies taking hold of the public imagination now that there are successful precedents for direction.

Back to the Office...

…with trepidation as the Covid threat still looms