The Odds on Oil 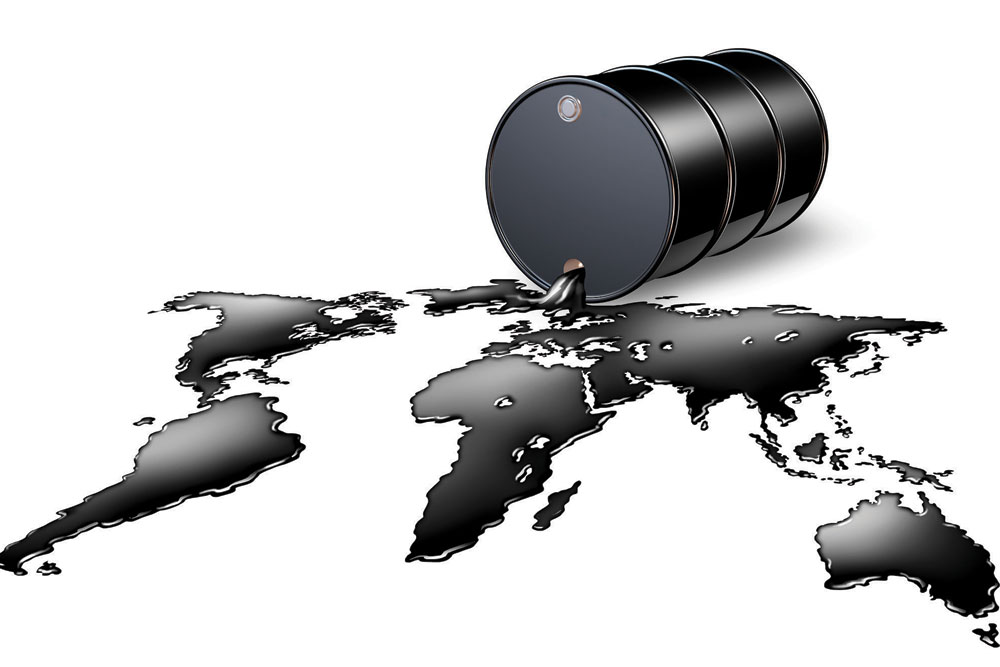 
IN LICORICE PIZZA (2021), a movie that has three Oscar nominations this year, a 15-year-old who can’t resist starting a good business, sees an opportunity in water beds. This is the early 1970s US, and the business does well. Suddenly, the Arab countries impose an oil embargo because of the US support to Israel in their war with the Jewish nation, and water beds become unviable because they are made from vinyl, which needs oil. The 1973 embargo was the first time that the Middle East decided to exercise the power of what it held under its deserts, and since then got the geopolitical world playing an intricate game to maintain stability. Over the last century, human civilisation has been completely intertwined with oil. Without it there would be chaos and nations would collapse. It is why when Iraq invaded Kuwait, the US, situated at the other end of the planet, sent in an army to repel the former. That delicate political balance from which the US’ enormous energy needs were being met was threatened. It just wouldn’t do to have one man, Saddam Hussein, have control over so much oil.

Oil has always had a role in human history, but it was only in modern times and with the discovery of enormous wells under deserts that industrial-scale extraction became possible. That in turn led to an incredible array of materials we have all around us. What is plastic made from after all? Even if you are an environ­mentalist who has an aversion to it, there is really no way to be plastic-free. Textiles, medical equipment, toys, sport goods, spacecraft, cosmetics, chewing gum—the hidden presence of oil is every­where. There is then its main identity, as fuel. All transport, even spacecraft, needs oil and its derivatives.

The Middle East looms large in the world of oil, but the US has surpassed it as the largest producer. This it has achieved through working on a long-term objective of being energy-independent. After the US, the big two producers are Saudi Arabia and Russia. A few years ago, the two countries went on a price-cutting war and Indian lorry owners here began to breathe easy because petrol prices fell. The Indian government became flush with money because it was buying cheap on the international market and selling it high through a tax to the public. Because the cost of transporting goods came down, inflation remained under control. For most people, lower oil and gas prices are something to cheer. At present, it is the opposite.

Crude oil price per barrel was around $90 two weeks ago when Russia moved against Ukraine. It is now over $120, the latest explosion propelled by a US ban on Russian oil. Even though they can still sell as an exception to Europe, the markets know that the future is touch and go. Nations cannot be at economic war and continue to trade even if it is crucial to both parties. The New York Times reported: “Oil prices were already rising fast as the world economy emerged from Covid-19 shutdowns and producers stretched to meet growing demand. International oil companies had cut back investment over the last two years. Now traders are bidding up crude prices to levels not seen in years, expecting that Russia — one of the top three oil producers, along with the United States and Saudi Ara­bia — will be sidelined. With the announcement of the American embargo on Tuesday, prices will probably climb higher, energy analysts say.” There is just no way to make up for the shortfall of Russian oil anytime soon. The Economist wrote: “Russia, with its 4.5m bpd of crude exports and additional 2.5m bpd of oil-product exports, is the world’s second-biggest exporter of petroleum. If all those exports were cut off, as the result of an American-led energy embargo or through Vladimir Putin using export curbs as an economic weapon, the world economy would be dealt a severe blow…no other supplier, nor any combination of them could produce sufficient incremental volumes of oil quickly enough to replace the loss of all Russian exports.”


India is almost entirely reliant on oil imports for its needs and oil shocks reverberate harder. No sooner did prices shoot up than the stock markets tanked and investments were being pulled away. The global brokerage house Credit Suisse downgraded Indian equities to ‘underweight’, which meant they saw a serious impact on Indian companies

The US imports very little from Russia and can weather the storm. But European countries arrayed against Rus­sia are heavily dependent on it. This is why the Russians, too, threatened to pull the plug on the supply despite their desperate need to prop up a collapsing economy. Its Deputy Prime Minister Alexander Novak said that prices could rise as much as $300 per barrel because of the actions taken against them. Reuters reported: “Novak said Russia, which supplies 40% of Europe’s gas, was fulfilling its obligations in full but that it would be entirely within its rights to retali­ate against the European Union after Germany last month froze the certification of the Nord Stream 2 gas pipeline. “In connection with…the imposition of a ban on Nord Stream 2, we have every right to take a matching decision and impose an embargo on gas pumping through the Nord Stream 1 gas pipeline,” Novak said.”

India is almost entirely reliant on oil imports for its needs and oil shocks reverberate harder. No sooner did prices shoot up than the stock markets tanked and invest­ments were being pulled away. The global brokerage house Credit Suisse downgraded Indian equities to “underweight”, which meant they saw a serious impact on Indian companies. A note from Credit Suisse, as quoted in Business Standard, said: “…today we tactically cut our India position from overweight to underweight. Higher oil prices hurt the current account, add to inflationary pressures and increase sensitivity to Fed rate hikes.” The newspaper’s report added: “Brent crude of $120 a barrel, Credit Suisse estimates, could add $60 billion to India’s import bill. Price rises for gas, coal, edible oils, and fertilisers could add another $35 billion. Inflation, as a result, could be higher by 100 basis points (bps).” The Russians will happily sell at a discount to India but then that would mean antagonising the US and Europe, a choice that will keep the government awake for many nights.

Covid had already damaged the Indian economy and long-term high oil prices would mean further delay in the resumption of growth. That, in turn, means fewer jobs. Combined with inflation, it could be a factor in the coming elections. For instance, oil is also needed for fertilisers and pesticides and if their prices increase, then the farmers feel the pinch and will be looking for someone to blame. From the government’s point of view, the only silver lining is that the present price rise came just when elections to the five states got over. Otherwise, the political will to increase fuel prices is hard to come by when people are deciding whom to vote for. After the results are out, don’t be surprised to fork out a lot more at the petrol station.