Her latest Australian Open has made women’s tennis exciting again 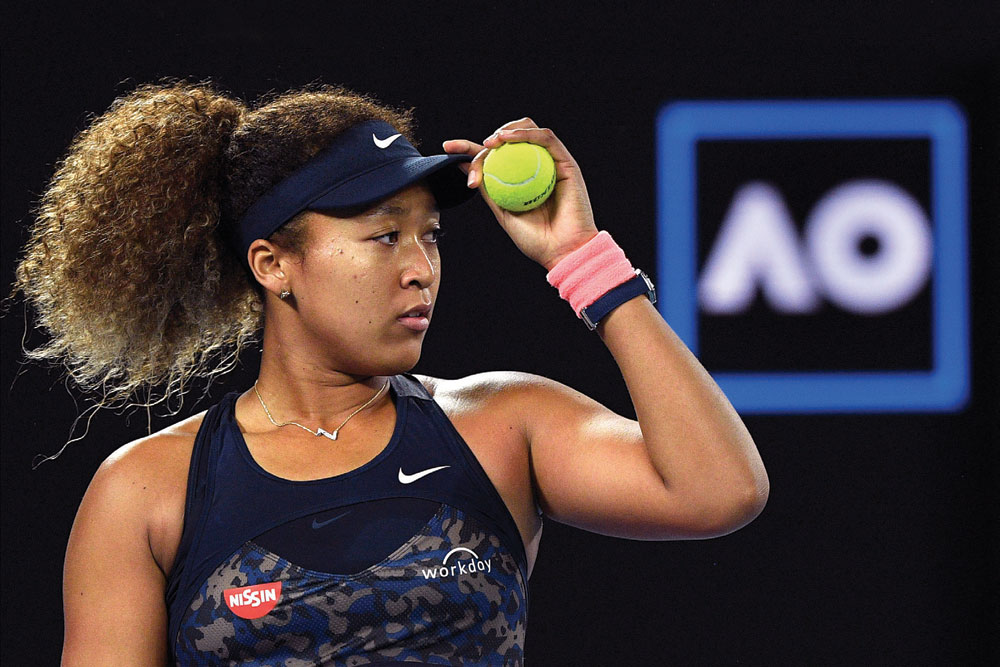 
WHEN NOVAK DJOKOVIC was asked before the Australian Open final what he thought of the chances of the younger generation of male tennis players at winning Grand Slams, he replied, “I’m not going to stand here and hand it over to them… I’m going to make them work their ass off for it.” True to his words, he made light work of Daniil Medvedev just a few days later, taking his career tally to 18 Grand Slam titles—just two short of Roger Federer and Rafael Nadal’s all-time lead in men’s singles tennis—and all but declaring that no generational shift was happening in men’s tennis, at least not in the foreseeable future.

What we do not often consider was that the Big Three was originally the Big Four—the certainty of a Federer, Nadal or Djokovic victory as strong as that of Serena Williams’ in the women’s circuit. But that is not the case anymore. Williams’ reign appears to have come to an end. And Naomi Osaka—who beat Williams in the semi-finals of the Australian Open, and then the American Jennifer Brady 6-4, 6-3 at the finals—has emerged from a somewhat crowded field, as women tennis’ heir apparent.

Since the start of 2017, when Williams collected her 23rd major title, there have been 12 winners of the 16 slams on offer. Osaka, with her four, has won the most of them.

Osaka has been practically undefeated since the pandemic broke out, going 21 matches without losing. She has never once lost a major final. Even Serena Williams, Steffi Graf, Martina Navratilova and Chris Evert had all finished as runners-up at least once before they reached four titles. Osaka hasn’t just filled the void left behind by Williams’ decline, she has taken the game by the scruff of its neck.

Osaka broke into the scene in the 2018 season. Even while her game was formidable, she appeared painfully shy. After her 2018 Indian Wells win, her first title, she rambled nervously through her speech at the post-match ceremony, even remarking, “This is probably… the worst acceptance speech of all time.” A few months later, she was apologising and weeping after she had won the US Open final, the boos raining down from the stands, because the crowd favourite Williams had just lost.

But there has been a transformation in Osaka over the last one year, a period where she hasn’t just emerged as tennis’ new superstar on the court, but also discovered her voice off it. She was among the most prominent athletes to register her support for the Black Lives Matter (BLM) movement, encouraging people to join protest marches, famously wearing the names of Black people killed by policemen and civilians on her masks during the 2020 US Open tournament, and once even getting a tournament (the Western & Southern Open) to postpone its matches in support of the BLM movement by threatening to pull out. This was the kind of activism last seen when Williams, and her sister Venus, dominated the court.

Race is of course central to Osaka’s identity, even if not her perception of herself but in the way the world often engages with her. The daughter of a mixed-race marriage (a Japanese mother and a Haitian father), who was born in Japan but raised in the US, there is an unfamiliarity and often insensitivity in the way this engagement happens. In Japan, it is reported, she is grudgingly accepted as ‘hafu’ or ‘half-Japanese’. There have been comic skits about her being ‘too sunburned’ in her home country. And once a noodle company even ran an ad featuring her with a lighter skin tone and hair before pulling it out due to complaints. In the US, her activism has drawn scepticism, and sometimes even insensitive remarks, such as the time when the Australian player-turned-analyst Rennae Stubbs asked her which mask she would wear at the next US Open match.

There is still a long way to go for Osaka. She is arguably the best hard-court female player currently, but has so far never gone beyond the third round at either Wimbledon or Roland Garros. But with her growing stardom, and the manner in which she has used it to amplify issues outside her sport, she has presented tennis with an excitement not witnessed in some time.