‘Inside big tech, privileged caste members use filters to keep others out of jobs, promotions’

Marilyn Fernandez, professor emerita in the Sociology department at Santa Clara University, California, in conversation with the author 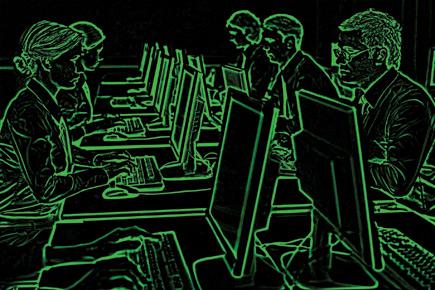 Marilyn Fernandez, professor emerita in the Sociology department at Santa Clara University, California, has for long closely investigated caste discrimination in the IT sector. In the wake of accusations mounting against Silicon Valley tech giants from a section of its work force and former employees that these corporations refuse to acknowledge the problem, the noted academic says that denial or not being knowledgeable about caste is not an acceptable stance for managers, “considering the overwhelming numbers of Indians that work under them”. By saying so, she completely agrees with Tanuja Gupta, former senior manager at Google News, who recently resigned amid a probe against her apparently over inviting Dalit activist Thenmozhi Soundararajan, founder of Equality Labs, in April to speak about caste discrimination to Google News employees. The talk was cancelled due to protests from within.

Fernandez is not shocked that despite their strict anti-discrimination policies, top-notch tech companies headquartered in the US refuse to talk about caste, as opposed to gender, race and class. In this interview she explains why. Caste-based discrimination is nothing new in Silicon Valley: tech giant Cisco had come under fire over the conduct of a few of its managers and had to face court cases. Lately, in the face of criticism in the US media, a few IT giants are showing signs of including what they call “caste proficiency” in their training, with Apple leading the way, and yet there are no specific references to caste in their global policy, a study by Reuters concludes.

Fernandez, who is also the author of the widely cited book, The New Frontier: Merit Vs. Caste in the Indian IT Sector, wonders why several Google employees felt that bringing a Dalit woman speaker to their campus, as well as talking about privileged and oppressed caste issues, made for a hostile working environment. Edited excerpts:

Why is it that at least some of their employees have accused tech giants in the US (including Google) of not tackling caste issues and caste discrimination within these companies (as argued by former Google employee Tanuja Gupta in an interview to The New Yorker very recently)? This comes as a shock since these companies are known to routinely discuss racial and gender discrimination in their offices. Are you surprised?

Sadly, I am not surprised. And here is why. Race and gender discrimination are in the historical and daily lived experiences of the average Americans and of IT (white and non-Indian) elites. Non-Indian Americans perhaps have heard about caste but simply are not aware of the insidious ways in which caste interlays in the lives of Indians, even when Indians work in the US. However, unlike gender, including LGBTQ, race, and class issues which are legally protected categories, caste has not risen to that level.


Why is caste some sort of a big export from India to even the offices of tech companies in the US which often pride themselves on being fair and ethical when it comes to dealing with any kind of discrimination?

Because Indians, particularly the highly educated upper caste, bring caste practices and cultures with them to this country and to their workplace. American (non-Indian) bosses do not understand and are not aware of caste-tinged relationships and often write them off as human/personal relations problems (aka, disgruntled employees) that HR should take care of.  But I agree with Tanuja Gupta that denial or not being knowledgeable is not an acceptable (might even be a discriminatory act of omission) stance for mangers and higher ups, considering the overwhelming numbers of Indians that work under them in these companies.

Is it obvious why such corporations end up being hubs of privileged Indians?

Given the focus on “merit” based technical education from the IITs and other prestigious Indian institutions in hiring practices in the US, you are correct in assuming that US corporations have attracted the privileged (upper) castes. The privileged caste employees then hire other privileged caste employees; see Kanter’s homo social reproduction of management around the 1960s (American social scientist Rosabeth Moss Kanter had argued that managers often use “social similarity” as a basis for selection and promotion within the organisation). Given that Americans (white and other non-Indians) do not know much about caste relations, particularly the insidious kinds, they often defer to their senior Indian colleagues for judgement on the merits of lower-caste applicants or employees. The privileged caste members use names, location of birth, education, communities as easy, even if discriminatory, filters to keep the oppressed castes out of jobs, promotions, etc.

I agree with (former Google employee) Tanuja Gupta that denial or not being knowledgeable is not an acceptable (might even be a discriminatory act of omission) stance for mangers and higher ups, considering the overwhelming numbers of Indians that work under them in these companies”

Yet, what explains this reluctance to talk about caste at these companies? Is it by any chance a progressive step in the sense that some people are ready to outgrow caste and so they don’t want to talk about it? Where are you in this ‘to talk or not to talk caste’ question?

If white and non-Indian Americans are not aware of caste issues, they are not going to spend a lot of time discussing them, will they? For them, the more pressing problems are gender (including trans) issues first and race, class, in that order. Even gender/race/class discrimination seep in and bubble up in a seemingly, putative, post-race and gender society. Besides, if your boss is a privileged caste person, he/she perhaps is less likely to ascribe workplace difficulties that lower castes (inferior assignments, being left out of meetings) face to caste distinctions. Rather they (bosses) might dismiss the complaints as over-reactions or even lack of cultural (linguistic), social (connections) capital, thereby rendering the problem to be the responsibility of the lower-caste employee rather than the discriminatory system they have imported to the US.

Also, my observations (mainly anecdotal) are that the privileged caste IT workers and their families typically do not socialise (outside the workplace) with lower-caste employees. Part of the reluctance might be class issues (managers vs line people). But I think much of the resistance also comes from not wanting to socially mingle with lower castes. In fact, I know that privileged caste IT members have their own informal “Vedic” study groups; I jokingly asked whether I could join, but my question was politely unanswered. We can only hope that the next generation of privileged children born in the US will see, know, and do better.

You might ask, how can things change? Indian-American political leaders like Ro Khanna seem hesitant on the issue but Pramila Jayapal has already taken some leads. But considering the enormity of other political and democracy issues that the country faces, it might take a while.

Finally, I do not know the full details of why the Google employees, for example, felt that bringing a Dalit woman speaker to their campus, as well as talking about privileged and oppressed caste issues, made for a hostile working environment. I have seen (read about) resistance to talking too much about race and gender, perhaps because we live in a society that views power and resources as a zero-sum game.