Championing diversity in motorsport in the age of Black Lives Matter 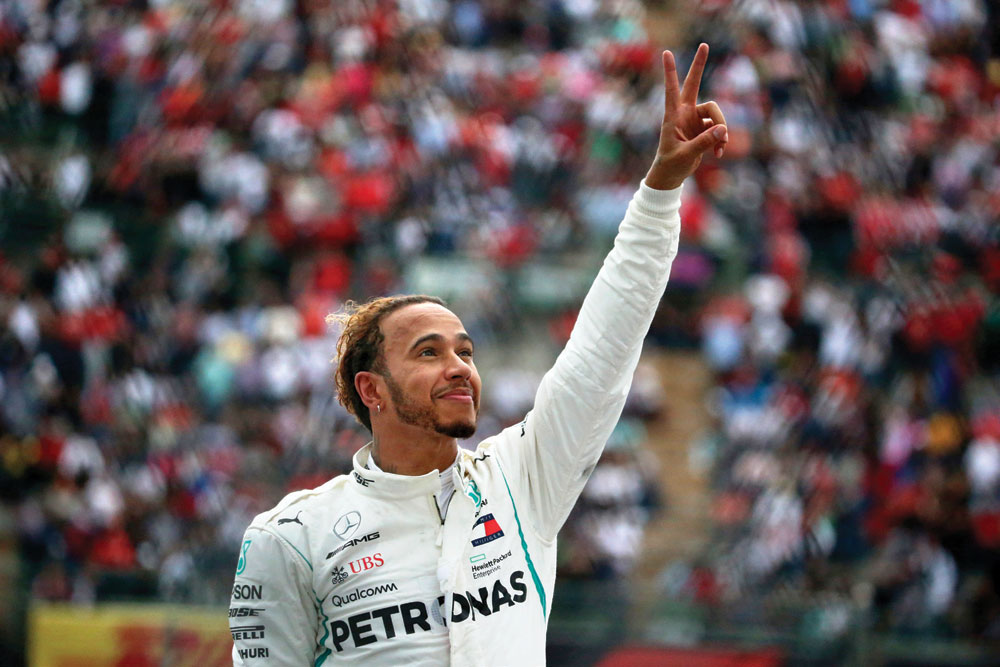 
A FEW DAYS AGO, Formula 1 driver Lewis Hamilton created history. On a treacherously wet and slippery track, starting from a tough sixth place, while rival cars often spun out of control, the British champion driver finished first at the Turkish Grand Prix. The second best that day (Sergio Pérez) finished over 30 seconds behind him. Hamilton’s teammate Valtteri Bottas, equipped with the same Mercedes car, finished 14th. Later, Hamilton would remark, “Today, I deserve my respect. My peers will know… it is not a car thing.”

By winning the Turkish Grand Prix, Hamilton achieved what was once considered unachievable. He equalled Michael Schumacher’s record of seven world championship titles. Hamilton is already the world’s most successful driver, having gone past Schumacher’s record of 91 wins in October. Next year, he has every chance of adding an eighth world title.
Hamilton always stood out, right from his very first season as a Formula 1 driver. Not just because he had made what is considered Formula 1’s greatest debut season. But also because of how he looked. Like most sports which require large financial backing, motorsport lacks notoriously in its diversity. It is structured in such a way as to allow only a select privileged few. Hamilton may be the greatest Formula 1 driver in history, but he is still an anomaly. He remains till date the sport’s only Black driver. While his achievements on the track are jaw-dropping, what is equally astounding is how he got on that track in the first place.

Reading his background, one may be forgiven for thinking he has no business being around it. He came from a humble background and was the grandchild (from his father’s side) of immigrants from the Caribbean, whose father had to mortgage his house and juggle multiple jobs to support his talented son. When a young Hamilton would participate in racing competitions, his family, often the only Black people at the races, it is said, would often be subjected to racial abuse.

It is perhaps unsurprising given Hamilton’s background that when the protests around the Black Lives Matter campaign erupted this year, Hamilton would try to goad his sport towards change. Formula 1 isn’t just predominantly white. It is also an incredibly stuffy and staid sport that rarely ever engages with anything outside its bubble of racing cars and engineering.

In the last few months, Hamilton has emerged as something of motorsport’s conscience, as he has pushed for changes. He has called the sport out and its participants for remaining silent after the death of George Floyd; he’s attended rallies; and announced plans to set up a commission to increase diversity in motorsport. He’s made the sport and its participants reconsider their opinions and their unwillingness to participate in issues outside of the ambit of their sport. Under pressure, a few things have happened. Some have promised to look into ways of opening up the doors of the sport to more diverse people. Mercedes has changed its car from its customary silver to black for this season as a symbol of solidarity with the Black Lives Matter campaign. Much of this is symbolic. But by just forcing the sport to face its biases, Hamilton has already achieved something.

There has also been some hostile resistance. The motorsport legend Mario Andretti, for instance, called Hamilton ‘militant’. The former Russian driver Vitaly Petrov, who claimed Hamilton was going too far, told one media outlet, “What if one of the drivers comes out as gay? Will they go out with a rainbow flag and urge everyone else to become gay or something?”

But Hamilton has been pushing on. He recently told The New York Times, “The time for platitudes and token gestures is over…When I look back in 20 years, I want to see the sport that gave a shy, working-class Black kid so much opportunity become as diverse as the complex and multicultural world we live in.”

While Hamilton blazes through the record books, it may be with regard to privilege and race in motorsport that he could leave his most lasting contribution.