India-UK FTA on track despite Braverman’s potshots over migration

India concerns that loose commentary will hinder FTA shared by UK, signing of the trade pact will be concluded soon 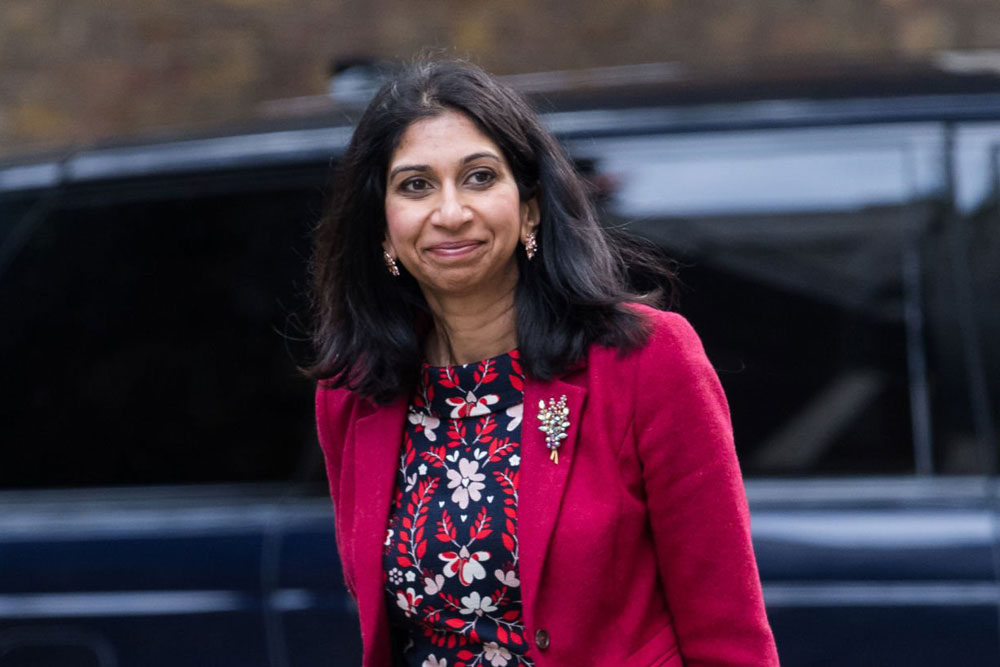 
Despite the avoidable hiccups caused by UK home secretary Suella Braverman’s out of turn comments on immigration, the India-UK free trade agreement is on track and will be signed without much delay, signaling a new chapter in trade ties between the two nations.

Recent reports in the UK media suggested that the FTA, which has been under negotiation for long, could be in peril due to Braverman’s commentary that is learnt to have left Indian officials fuming. While India has indeed conveyed that such remarks are counter-productive, the FTA talks are headed to a conclusion.

The current cycle of events began with a media interview in which Braverman expressed her reservations over backing the FTA with India if it meant more migrants. “I have concerns about having an open borders migration policy with India because I don’t think that’s what people voted for with Brexit,” she told the Spectator.

Her observation that Indians are the largest overstayers in Britain drew a sharp response from the ministry of external affairs and was followed by reports in the UK press that the deal was on the brink of collapse as Indians raged against Braverman.

Well-placed Indian sources denied the FTA was in trouble, stressing that UK Prime Minister Liz Truss and the Modi government were committed to concluding the pact. Officials said major aspects of the agreement were in the box that the FTA will be signed soon. They pointed out that there is no “Diwali” deadline for its conclusion.

The view in New Delhi is that Braverman’s comments were clearly misplaced and possibly intended to create unwarranted controversy. The “mobility” aspect of the FTA is no different from such agreements India has with other nations. The provision relates to short-term visas granted to workers who might need to visit UK (or travel from there to India) as part of a commercial deal.

“In a goods or service contract, some workers may need to travel to UK to install hardware or software or oversee aspects of the contract. This has nothing to do with immigration of people over staying on visas. These are employees of Indian firms who need to travel and will return. These are not people on long-term visas residing in UK or those traveling for tourism,” an official explained.

It is understood that India’s views that comments on sensitive issues like immigration – which can whip up sentiments – are a hindrance is shared by UK. “It is understood that the FTA cannot be concluded if such comments are aired by senior ministers. We are now looking to conclude matters,” the source said.

Braverman, who’s is of Indian origin and who’s parents migrated to UK from Kenya, has courted controversy with her comment that she was “proud of the British Empire”, and her broadside against the India FTA is seen to part of a political oneupsmanship in the new Truss ministry which has had a rocky start.

Prime Minister Truss has been struggling to get her economic policy going having had to partially roll back her major pledge to cut taxes following a bloodbath in the markets. Her rival for the PM post Rishi Sunak had refused to endorse such a course of action, stating that taming inflation should be the priority.

Ironically, after raising a controversy over an FTA that will help the UK economy post-Brexit, Braverman was one of senior ministers who wrote signed articles asking the conservatives to back Truss to prevent a Labour comeback. This was possibly a damage control exercise.