There is more to life than money 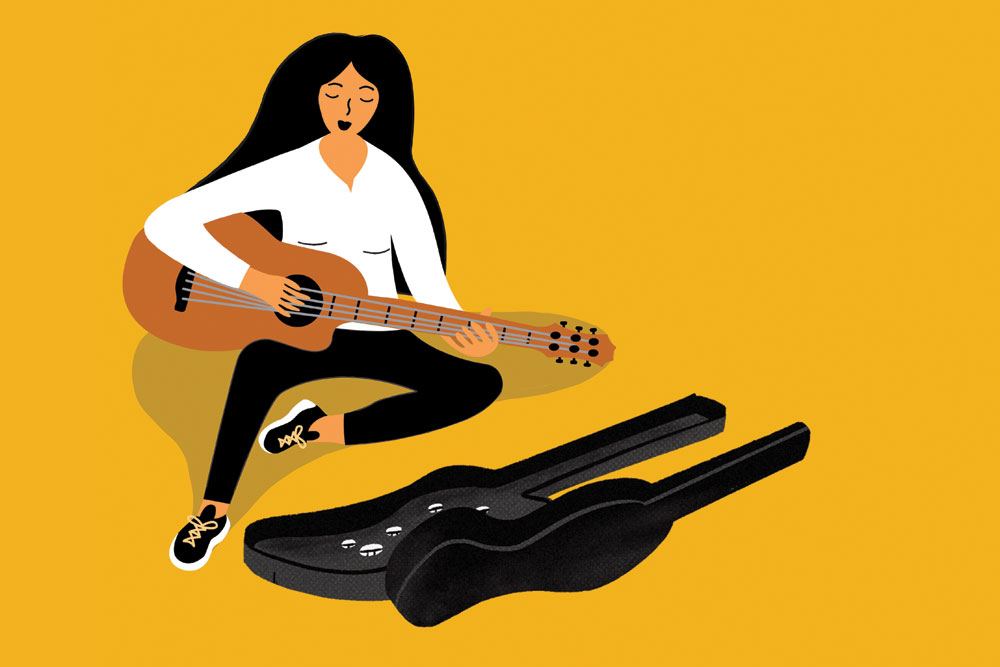 
THERE IS A POPULAR series of memes that comes up every now and then online. Titled “Me vs My Parents”, it is a simple sketch of a millennial and his parents at the same age. The accompanying text, meant to show the different priorities of the two generations, keeps altering. But it remains a dig at the millennial. One of the memes, where both generations are 29 years of age, goes with the parents considering having a baby. The millennial says, “I think I’ll get a cat.” In another, the parents are thinking of buying a house; the millennial is asking his landlord if he can drill a hole to put up a wall frame.

Jokes such as these on the millennial generation have been around for quite some time. Born between 1981 and 1996, they are arguably the most pampered generation, at least in recent history. They grew up at a time of relative prosperity in most countries and had the internet for most or all of their lives. In India, they grew up or came of age in the post-liberalisation era. They are India’s first generation of non-socialists, the first to enter the digital age, and have little memory of the scarcity of jobs and goods in the past, the long wait for gas and phone connections, the solitary channel on TV, or the anticipation one felt when visiting relatives from abroad opened their bags to reveal goods not yet seen in India.

Today, the much-mocked millennial is arguably the most important demography both in India and elsewhere. It is estimated that there are around 440 million millennials in India, about 34 per cent of the total population, and also the largest millennial cohort anywhere on the planet. Between 26 and 41 years of age now, most of them would be in the workforce, and several of them, married with children and the primary breadwinners of their families. 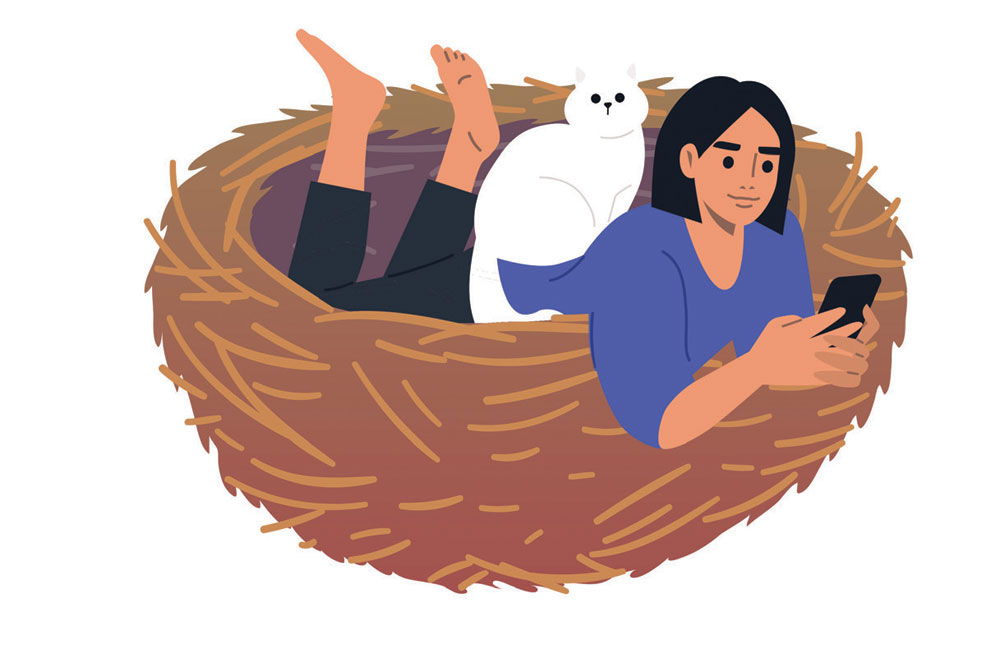 The differences in opinion between the millennial and those from previous generations when it comes to careers came to the fore most visibly in India a couple of months ago. The CEO of an Indian company—Shantanu Deshpande of Bombay Shaving Company—put up a post online claiming that someone between 22 and 27 years of age should be willing to put in 18 hours a day at work because they have fewer liabilities and pressures on their time. In the days following that post, many corporate executives came out saying they saw nothing unreasonable with that suggestion, and that they and many in their age groups had put in similar hours in their youth. But most millennials were livid. To them, this was nothing but a glorification of a “toxic work culture”. A similar outrage occurred in 2020, too, when Infosys cofounder NR Narayana Murthy suggested that people should be willing to work for a minimum of 64 hours a week for 2-3 years to compensate for the pandemic-induced economic slowdown. Deshpande apologised after the outrage and went offline.

To an older generation, work was trumped up as a form of worship. To the millennial, jobs are a necessary evil, one that pays them their bills but cannot be allowed to overturn the delicate balance they have created between their work and their personal lives.

Nori Norbhu, an independent illustrator in Bengaluru, would understand this feeling. When she took up a job with a large Indian firm in Bengaluru, her goal was always, she says, to quit at some point to start her own independent practice. “I was thinking, maybe, like six years and then I would be out,” the 20-something illustrator says.

To an older generation, work was trumped up as a form of worship. To the millennial, jobs are a necessary evil, one that pays them their bills but cannot be allowed to overturn the delicate balance they have created between their work and their personal lives

She was building a financial cushion to pursue her real interests. But when the pandemic struck, it changed the way she and friends in her age group approached their careers and wealth. “What was even the point of all this?” she recalls, as the news of deaths and sickness mounted all around.

As the stresses of the pandemic built up, Norbhu says, even though she and her friends always prioritised their mental health, they felt a renewed urge to take more charge of their lives. So, earlier this year, even though she had only completed three years at her job and hadn’t yet built the corpus of funds that would have made her journey as an independent illustrator financially smoother, she put in her papers.

“I wanted to do the kind of creative work you feel like getting out of the bed for,” says Norbhu, who has started her own studio where she sells a range of items with her artwork. She might be making a lot more had she not quit, but she is doing the kind of work, she says, that gives her mental peace and satisfaction.

SAYALI RAI, a former investment banker, who along with her friend Niyati Thaker, runs a popular Instagram account that gives financial tips to millennials, cautions against looking at millennials as one global homogenous block. Millennials, even within India, are incredibly diverse, with significant economic, regional, linguistic, caste, and gender differences. If taken as a whole in India, Rai says, “The millennial in India has a lot of traditional ideas of wealth and investment, except with different timelines. It is not pacchis pe naukri, chabbis pe chokri [a job by 25, a wife by 26].”

To her, they are a more thinking group that does not go blindly by rigid benchmarks in their lives and finances. Old financial goals like a car by a certain age, and a house by another, have been completely overturned. They will buy a house, she says, but on their terms when they feel the time is right. And they are also likelier to spend more on themselves, she says, going on frequent holidays, or even taking long sabbaticals from their jobs.

Many millennials, it appears, threw financial caution to the wind when the pandemic struck. With the world in a mess, they stopped playing it safe. They saved less, spent more on passion projects, or quit their jobs for risky careers.

Many millennials, it appears, threw financial caution to the wind when the pandemic struck. With the world in a mess, they stopped playing it safe. They saved less, spent more on passion projects, or quit their jobs for risky careers

Namrata Narasimhan, a communications professional in her 20s who is currently working at a large firm in Bengaluru, quit her previous job after the pandemic and took a year-long break, although she planned this diligently. What must not have helped was a student loan she had been paying up for a Master’s programme in London. “I had to really sit down with my finances and calculate what it was going to cost me and whether I could do it,” she says. “The break was great because I could do a lot of things I wanted to for a long time. I read, travelled a bit, and took up new hobbies.”

According to her, wealth remains important to millennials. But people in her age group are also placing importance on pursuing new and meaningful experiences. “The pandemic changed things for us, I think. There was this fear of missing out on life. So, we began travelling more passionately, crafting our experiences outside our workplace,” she says. For her, this included a solo trip she had wanted to undertake for a long time.

While many millennials are financially savvy and invest both in traditional forms like the equity market and various funds and the new ones such as cryptocurrencies, they tend to have several short-term goals, such as purchasing luxury items or going on frequent holidays. Narasimhan, for instance, maintains a recurring fund for future holidays. This not only helps her financially plan her trips more coherently but it also makes sure she takes these frequent breaks. 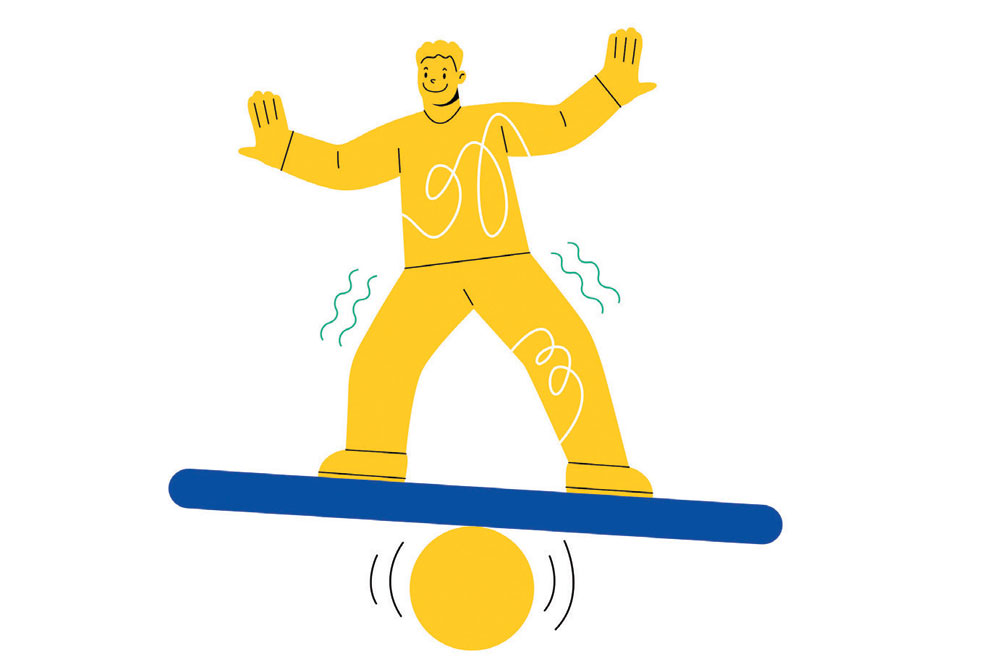 Sharan Hegde, who runs a popular Instagram account that gives financial tips to millennials, points out that many millennials tend to be risk-takers financially, investing in the equity market and in cryptocurrencies, because traditional forms of investing have changed. “Older forms of investment no longer work. Investment in real estate or houses don’t give the kind of returns they once did for earlier generations,” he says, pointing out that millennials in any case have been priced out of the housing market because of the high costs and the realisation that it is often financially more prudent to rent than purchase a house.

ANSH MISHRA, who is 33 now, was working in Delhi as an IT professional for a telecom company when he began to take frequent leaves from work to travel. He was so taken in with his journeys to nearby states, he says, that he, quite abruptly, decided he would turn in his papers and travel across all the states and Union territories of India. He added an extra challenge and decided he would do this without spending any money. Hitchhiking on trucks, depending on the generosity of individuals and hosts he encountered, and sometimes sleeping out in the open, Mishra completed this trip at the end of 2017.

He settled in Vadodara in Gujarat after this experience, running a restaurant he established, and once the pandemic hit, returned home to Prayagraj where he established a cloud kitchen to cater to online food delivery platforms. But these pursuits of an ordinary life built around the concept of money left him unsatisfied. He closed the kitchen at the start of 2021 and flew to Kenya to begin a new journey, where he was going to travel across all African countries on road. His purpose is to experience Africa, he says, and to clear misconceptions about the continent by documenting his journey on social media.

While many millennials are financially savvy and invest both in traditional forms like the equity market and various funds and the new ones such as cryptocurrencies, they tend to have several short-term goals, such as purchasing luxury items or going on frequent holidays

“So far, I have been to 21 countries, and another 33 are left,” Mishra says over the phone from Nigeria. “It is believed that it will take four years to complete such a journey on the road without break. I have so far finished about a year-and-a-half.” Mishra is using his life’s savings to complete this trip, and he occasionally gets help from local African authorities. Mishra now calls himself a professional nomad. And he believes, because of the offers he has received from travel magazines and companies to document his journeys, that he will be able to build a career around travelling. He says, “Many in my extended family laughed at me when I came up with the idea to quit my job to travel across India. But what I have realised is money isn’t really all that important. Experiences matter.”