Her legacy is linked to the evolution of tantra 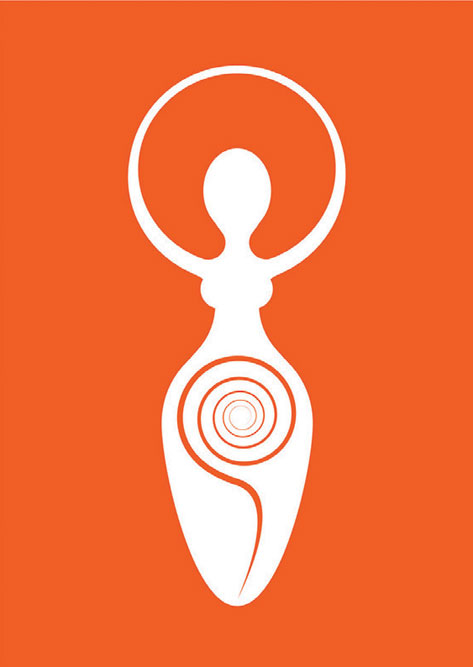 
I HAVE WRITTEN QUITE a bit on Shakti Peethas. In fairness, I should mention Dinesh Chandra Sircar’s monograph, originally published as a paper in the Journal of the Royal Asiatic Society of Bengal in 1948. DC Sircar was Carmichael Professor and Head of the Department of Ancient Indian History and Culture at the University of Calcutta and the monograph was re-published as a slim book by Motilal Banarsidass in 1950. The book is called The Sakta Pithas and is primarily based on a tantra text, known as Pithanirnaya or Mahapithanirupana. That is a text I have also referred to in my earlier columns. There are sentences in Sircar’s book that will put you off. “Aparna signifies the deity ‘who is without her leaf-cloth’, that is, naked, nakedness being one of the striking characteristics of the Indian mother-goddess.” “The name Mahamaya apparently represents the mother-goddess as the spirit guiding the magician priests of primitive peoples.” That reflects the vintage. However, if we have a text of Pithanirnaya now, that’s thanks to Sircar. He also goes through Devi Bhagavata Purana and Kalika Purana, along the lines I have mentioned in earlier columns, and sketches the initial four peethas—Jalandhara, Odiyana (Uddiyana), Purnagiri, and Kamarupa. These were in the north, east, south, and west. East means Kamarupa, south means Purnagiri or Purnashaila, west means Uddiyana (in the Swat Valley) and north means Jalandhara. “The suggestion that Odiyana was situated in eastern India and is no other than Odra (Orissa) is unworthy of any serious consideration.”

There is an important point that Sircar made though. “Two things are apparent from the accounts of the four pithas. In the first place, Kamarupa has a prominent place in all the lists of the four… Another point of interest in the account of the four pithas is the importance of the Gandhara, Uddiyana, Jalandhara, and Kashmir countries of north-western India as centres of Tantricism.” In other words, there were two centres of Shakti worship, one in the east and the other in the northwest. As the number of Shakti Peethas expanded, from four to 10, to 18, to 42, to 50/51, and then to 108, this led to multiple lists, typically, the northwestern varying from the eastern. Therefore, it isn’t a question of this list being right, or that being right. In an earlier column, based on Devi Bhagavata Purana, I gave a list of 51 Shakti Peethas. If you remember, each peetha has a name for the Devi and a name for Bhairava. One of Sati’s limbs is usually associated with it. And finally, there is the more difficult and speculative task of trying to identify it geographically. In this column, I will give you a consolidated list of all the names. This list only gives names of the peethas. A shortage of words in a column means I am not going to give Devi’s name, Bhairava’s name, or Sati’s limb. Nor will I try to identify the peetha geographically. The list is alphabetical, according to the English language.

If you count, this is a list of more than 80 names. Names and listings differ across texts. Sometimes, the same peetha has more than one name, as I have sometimes indicated within brackets. Sometimes, it is not apparent whether the name is a proper name or an adjective. Sometimes, one doesn’t know whether it is the geographical name of the place, Devi’s name, or Bhairava’s name. And, of course, there are typos in written manuscripts. Sometimes, there are said to be 10 peethas in Prayaga itself.

To illustrate the difficulties, let me quote from Sircar’s monograph. “Karavira or Karavirapura is often identified with Sarkarara which is supposed to be no other than modern Sukkur, the chief city of the district of that name in Sind. According to the Kalika Purana, Karavirapura was the capital of the Brahmavarta country [Eastern Punjab] and was situated near the river Drisadvati, but the city is usually identified with Kolhapur [locally called Karvar] in the Bombay Presidency.” “The Manasa lake, the source of the river Satadru [Satlej], is in the Himalayas. Since Ujjayini, a city in Malava, is separately mentioned, ‘manase’ appears to be the reading intended. But nothing can be said definitely as Ujjayini in this case may actually represent a village of Bengal. It is, however, to be noted that the celebrated god Mahakala [Siva] is not mentioned in connection with Ujjayini or with Malava. Malava is modern Malwa, but the name often indicated East Malwa of which the ancient capital was Vidisa [modern Besnagar in the Gwalior State].” “The Pitha [Tripura] is located at Radhakishorepur [old Rangamati or Udaypur] in the Tripura [Hill Tipperah] State in Bengal. The city of Tripura or Tripuri, mentioned in early literature, has, however, to be identified with modern Tewar near Jubbulpur in the Central Province.” What is Tirota? Is it the same as Trihuta or Trishrota? Trihuta has been identified as “modern Tirhut or North Bihar. Trisrota is of course the modern Tista, a tributary of the Brahmaputra or Yamuna. The pitha is located at Salbari in the Jalpaiguri District.”

You may think I have muddied waters and made matters too complicated. But the issue is indeed messy and complicated. As a Bengali, I have travelled extensively in Bengal, especially in Birbhum district, traditionally, a centre of Shakti worship. I have come across lists in Bengali where 51 Shakti Peethas are located in Bengal alone, several of which are in Birbhum, or the adjoining district of Bardhaman. Obviously, this is not logical. I mentioned the problems with Sircar’s monograph, reflecting the year when it was written, and the consequent mindset. In 1948, this represented new research. I haven’t come across any work that takes a more modern look at all the texts, collating, harmonising, and checking for consistency, perhaps even attempting a geographical identification on the basis of what we now know. This should be on someone’s research agenda. Until then, the matter remains messy.

Louis Renou (from Sorbonne) wrote a “Critique” of Sircar’s paper. This reads more like a “Foreword”. To quote from this, “Whatever that may be, the religious crystallization seems to have taken place originally on the basis of a group of 4 pithas at a time, which, according to Dr Sircar, may coincide with the appearance of the early Tantras. These pithas are supposed to represent the four cardinal points though, from the beginning, the region of Kamarupa [Assam] enjoyed a privileged position in the scheme. Gradually there appeared 7 pithas, then 10, then 18 [a sanctified number], ultimately [through the intermediate numbers 42, 50 and 51] as many as 108 [an equally expected number]. The Pithanirnaya is based on a list of 42, which was later enlarged by the inclusion of the 10 mahavidyas of Kamarupa, the counterpart of the 10 avataras of the Vishnuite cycle.” When this was written, Louis Renou described DC Sircar as a “young historian”. It is by no means the case that everything Professor Sircar wrote was accurate. This was written in 1948 and knowledge has progressed since then. (However, I have a 1971 reprint of the monograph, with the text unchanged.)

The evolution of Shakti Peethas was naturally linked to the evolution of tantra. Sircar dated the composition of Pithanirnaya to the 17th or 18th century, pretty late. This was pre-dated by another text, from the 17th century, known as Tantrasara and composed by Krishnananda Agamavagisha. He was a remarkable scholar from Navadvipa. Shri Chaitanya was his friend and classmate. Or so runs the belief, though evidence suggests otherwise. They parted ways because the former opted for Krishna, while the latter opted for Kali. The image of Dakshina Kali worshipped in Bengal is based on the conception of Krishnananda Agamavagisha. The story goes that Kali appeared in a dream and told him to popularise her image. “What form should this take?” asked Krishnananda. “You will see it tomorrow morning,” was the reply. The next morning, when Krishnananda Agamavagisha emerged from his house, he saw a young girl. He popularised Kali’s image in that same posture, with the same gesture. It is a pity that few people know about Krishnananda Agamavagisha now. I haven’t seen a decent biography. More importantly, I think someone should update Sircar’s work on Shakti Peethas. I haven’t seen that done either and a lot of unsubstantiated and uninformed stuff floats around. We need a better source. It can be done, but someone needs to make the effort.