Who Conned Marlon Brando into Marriage 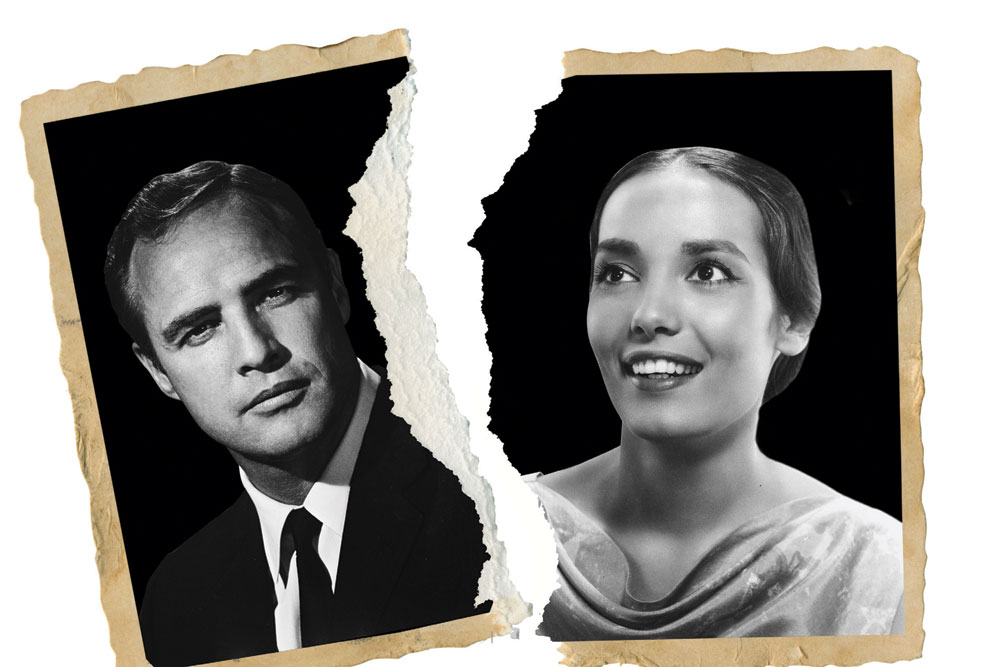 
THE YEAR WAS 1957. He was the king of Hollywood, having won an Oscar for On the Waterfront (1954). She was a rising star with blue blood, an Indian princess, having played the survivor of a plane crash in The Mountain, starring Spencer Tracy. Together, they made a beautiful couple, with the world seemingly at their feet. That was until Marlon Brando realised that Anna Kashfi, the woman he had married, was actually Joan O’Callaghan, a Welsh butcher’s assistant who owed her exotic looks to her Anglo-Indian ancestry rather than a royal lineage. By 1959, they were divorced.

In a lie that rivalled (and reversed) that of Merle Oberon’s life that preceded her, Anna Kashfi was uncovered as a fraud a day after her wedding to possibly the most famous actor in the world at the time. Brando’s Bride (Parthian Books), a new book by author and documentary filmmaker Sarah Broughton, brings to the life the tragic story of the wannabe royal, spotlighting the grim trend of manufacturing stars by the studio system, creating false histories, erasing ‘troublesome’ sexualities and even racial identities.

Broughton, who is from Cardiff, Wales, was initially drawn to Anna’s story as she lived in the same area and wondered how a young Welsh woman had got herself from this city in the 1950s to meet and marry Brando when he was at the height of his fame. In an interview with Open, Broughton said: “I thought it would be a story about the desire to make it in Hollywood and how that happens—and then I discovered that was only one part of it. The bigger, and more compelling, story turned out to be about race-relations in post-war Britain, about the toxic legacy of colonialism and about who was telling the truth and who wasn’t—and why.”

Anna Kashfi was supposed to be ‘India’s answer to Grace Kelly’ in 1955 and 1956. She was declared to be the first Indian actress signed in Hollywood—yet the only time she played an Indian woman onscreen was in her first role as a ‘mute Hindu’. Subsequently, she played a Korean, a Mexican and, as the wife of Nat King Cole, an indeterminate ‘exotic’. This was at the same time that all-American star Ava Gardner was playing an Anglo-Indian in Bhowani Junction. India was seen as exotic at that time, points out Broughton, because it was different, ‘foreign’, a long way from America—but in Hollywood terms at that time (the 1950s), there was no real understanding of race which is why Brando played Japanese men and Mickey Rooney as well as Katharine Hepburn, amongst others, also played ‘yellow-face’ parts.


Anna Kashfi was supposed to be ‘India’s answer to Grace Kelly’ in 1955 and 1956. She was declared to be the first Indian actress signed in Hollywood—yet the only time she played an Indian woman onscreen was in her first role as a ‘mute Hindu’. Subsequently, she played a Korean, a Mexican and, as the wife of Nat King Cole, an indeterminate ‘exotic’

Broughton tracked Anna from Wales to America. Born in Darjeeling to William Patrick O’Callaghan, a traffic superintendent with the Indian state railways, who was from London but of Irish descent, and his Welsh wife, Phoebe, Anna was raised in Calcutta till she was 13. She created this new identity for herself—in conjunction with Glyn Mortimer, head of a modelling agency, when she started working in London.

Broughton met her the year after she had lost her son, Christian Devi Brando. At one point, caught in what became a lifelong drug spiral, Anna had kidnapped Christian to evade Brando’s custody. Christian served five years in prison for killing his half-sister Cheyenne’s boyfriend at his father’s Mullholand Drive home in 1990. Christian, one of Brando’s 11 children by several women, finally died of pneumonia in 2008. Brando also died in 2004, as had her second husband, parents and brother. “I felt the only anchor Anna had in her life was herself, and her painting and sewing, the way she occupied her time, kept her going. I felt she was open on one level with me, but also that life had taken its toll on her. Her memory was not as sharp in some areas,” says Broughton.

Kashfi, who died in 2015 at the age of 80, would have fit right into today’s Hollywood with its emphasis on racial diversity. But until the early 1960s, the five big studios controlled the recruitment and marketing of stars. Bette Davis took Warner Brothers to court as early as 1937 to try and extricate herself from her Draconian contract—and although she lost the case, it was a sign of things to come. The stars rebelled against the control the studios had over their lives and the roles they played—Marilyn Monroe and Marlon Brando were among the first to set up their own production companies to try and develop the films they wanted to make. 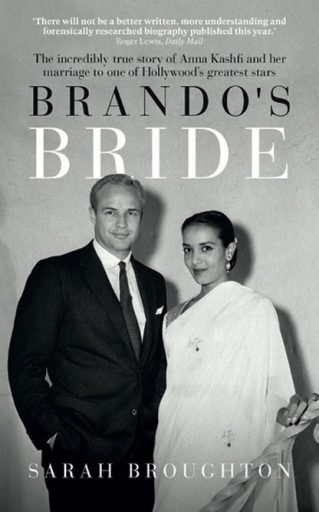 While researching Anna’s background, Broughton kept bumping into Merle Oberon’s story and was very interested in the parallels between the two women although they were generations apart (Oberon was almost 25 years older than Kashfi) and was already a huge star by the time Anna was born in 1934. “Anna herself told me that one of her uncles once dated Merle [in Calcutta] but that she had not met her. Merle was living the life of a white Australian married to a British peer and Anna was living the life of an Indian woman while her parents claimed to be London-born and bred. Merle’s life was a tragic indictment of the times she rose to prominence in—passing her mother [who turned out to be her grandmother!] off as her maid and destroying her beauty with bleaching creams in order to comply with the identity she had created as a white woman. I was also very interested in how her story was told in different ways—through the Charles Higham biography Princess Merle, the pulp-fiction novelisation Queenie, by her nephew Michael Korda, and the excellent Australian documentary The Trouble with Merle by Maree Delofski.’’

Vivien Leigh, another Anglo-Indian in the British and American film industries, who famously played Scarlett O’Hara in Gone With the Wind (1939), did not seem so affected by her birth [in Darjeeling] or ancestry. Kashfi wrote her own memoir, Brando for Breakfast, in 1979, a kiss-tell-and-sell that tore the star to bits. But it is Broughton’s meticulously researched book that is perhaps the most accurate account of a truly tragic life.