India gets its moment at the 75th edition of the festival 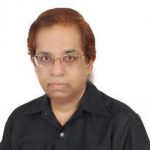 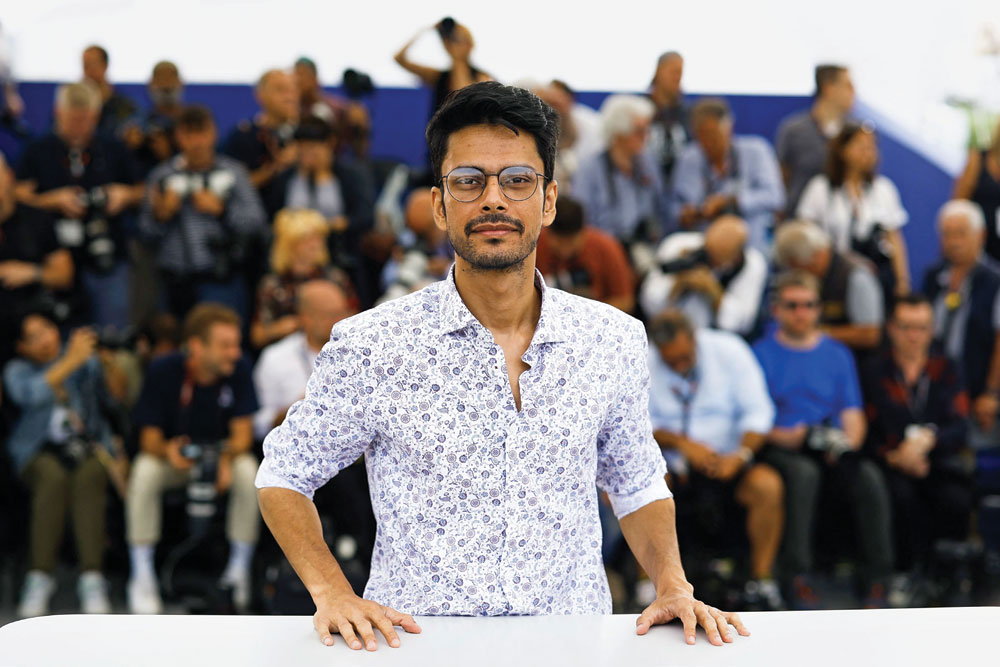 
IT HAS BEEN almost 30 years since an Indian movie competed for the top Palme d’Or at the Cannes Film Festival. It was Swaham in Malayalam helmed by Shaji N Karun that was screened in 1994. There have been other titles from the country—in sections like Un Certain Regard and Special Screenings. But none in Competition. (There have been blunders in selections, the classic example being Sanjay Leela Bhansali’s Devdas in 2002. The Cannes leadership was ripped apart for that. )

There are reasons for India’s absence in Competition. One, Indian cinema is too insular, catering to an essentially home audience. Two, we give little importance to scripts, and writers are paid a pittance and seldom respected. Three, our performances can be medio­cre. I still remember Rituparno Ghosh’s Chokher Bali in which Aishwarya Rai Bachchan essays a young widow in 19th-century Bengal that treated such women most shabbily. But here was Rai looking all glamorous.

But instead of course correction, India keeps cribbing that its cinema is not picked by Cannes or is not in the Oscars race. At Cannes, admittedly, this year there was an Indian title, Shaunak Sen’s All That Breathes, a compelling documentary about two brothers’ concern for kites. Strangely, while the Festival only selects films that have not been screened elsewhere, it did make an exception. Sen’s work was shown at Sundance earlier this year where it won a Special Jury Prize. At Cannes, it clinched the top Golden Eye Award.

But why did Cannes take All That Breathes? The answer eludes me: was it because the Festival’s 75th edition coincided with India’s 75th anniversary of Independence, and Cannes felt a sense of compulsion? Also, Marche du Film, the Cannes Market, which runs alongside the 12-day festival in the picturesque French Riviera, decided to make India the country of honour. This was the first ever time a country had been so nominated.

India was not quite satisfied with this; so, the Ministry of Information and Broadcasting chose six movies in various Indian languages, including Madhavan’s Rocketry: The Nambi Effect, and showed them at the Market. While much of the Indian media went to town saying that there were half a dozen Indian films at Cannes, it failed to mention that these were not part of the festival. In fact, anybody can bring his or her movie to Cannes and screen it in the Market by paying a fee. But nobody cares to understand this or maybe, this is a convenient plot point!

Apart from All That Breathes in a special section, India’s Pratidwandi by Satyajit Ray (1970) and Govindan Aravindan’s Thamp (the earlier title was Thampu) (1978) were part of the Cannes Classics. Every year, the Festival picks some of the movies which have been re-digitised, and these have been a great hit with a very discerning Cannes audience, which is almost exclusively made up of industry professionals.


All That Breathes is a deeply moving piece of documentation, which jolts us into introspection. We all know that the world faces an environmental catastrophe with global warming and deathly pollution. Some even aver that the current pandemic may have had its origins in the way we ill-treat our plan­et. As much as this is harmful for us humans, it also gravely threatens birds and beasts, and Sen’s powerful All That Breathes talks about two brothers in a lower middle-class Delhi locality who have made it their life’s mission to save kites. These birds, which have been victims of the capital’s debilitating air pollution, are rescued by the brothers, Mohammad Saud and Nadeem She­hzad, treated and set free once they are ready to fly again. These two are helped by an employee, Salik Rehman, and they have dedicated their lives to this difficult rehabilitation venture.

The work is a quiet effort to document in detail the brothers’ patience and sacrifice. Carrying on in the face of punishing impediments, including lack of funds, Saud and She­hzad live in hope. There is a touching scene where one of them goes to a meat shop and asks for a concession in price. It is not easy feeding kites, which are birds of prey.

It may sound unbelievable but the brothers have been at it for two decades, struggling to get funds at home and from abroad. We learn as we watch the docu­mentary that they feel taking care of kites and helping them to fly again by them­selves are rewards. They love feeding the winged creatures, and the way they caress them conveys an undying bond.

Sen also lets us into some tender moments, such as when one of the brothers, in an autorickshaw, takes out a baby squirrel from his shirt pocket, lovingly strokes it and puts it back. Such moments of compassion make the work a great watch.

The cost of this love is unimagina­ble; although Shehzad and Saud earn a living by manufacturing liquid-soap dispensers, they are much more interest­ed in tending to kites, at times 12 hours a day, and this comes at the cost of neglect­ing their families. In a telling scene, Shehzad and his wife are ruminating over Delhi’s worsening air pollution. While she is thinking about their child, he is fixated on kites!

The narrative is warm and has a zing about it; it is not cold and this makes All That Breathes compelling. Aiding this is magnificent cinematography by Benjamin Bernhard, Riju Das and Saumyananda Sahi. Some of the shots are superb, like when we see kites flying with a commentary that while these birds appear to swim in mid-air, others struggle to stay above the ground. Kites really make a beautiful picture as they appear motionless high above the earth. What is even more touching is the brothers’ dedication, captured with feeling.

IN A WAY, BOTH Thamp (Circus Tent) and Pratidwandi (The Adversary) are also socially relevant. Thamp is an incisive look at the circus, which has fallen into hard times. If circus artists are not paid enough or even recognised the way cinema stars are, the industry also suffered when many animals were banned from performing under the big tent. Aravindan touches upon these while presenting an endearing story of one circus in a small town in Kerala.

Govindan Aravindan’s work is celebrated for its reflective silences and is known to be extraordinarily observational, and his closeups in Thamp are as captivating as some of those we have seen in European cinema, especially in the work of the Swedish master, Ingmar Bergman

Thamp in Malayalam—first released in 1978—has been restored under the Film Heritage Mission. Shot in black and white by Shaji N Karun (who has since then become a director in his own right), the movie offers a wonderful kaleidoscope of life in a small circus with master actors like Bharath Gopy and Nedumudi Venu. In fact, the cast also included real circus artists, and Aravindan captured many scenes dur­ing actual performances and rehears­als—elaborating how these men and women enraptured simple village folk.

Aravindan’s son Ramu said in a statement, “Aravindan’s films were seen and discussed widely in the mid-1970s to the mid-1990s as carriers of a unique but very specific kind of visual-poetic sensibility. That reputation endured even as a younger generation of viewers and movie makers grew up. His reflec­tive kind of cinema continued to be discussed. Only this time, it was mostly by word of mouth—good digitisation of these films were hardly available. Quite ironic for a very visual moviemaker.”

I still remember a remarkable scene in which Aravindan captures the many moods of many, many faces—all photo­graphed in fascinating closeups. In fact, he had no script, but managed to examine the transient nature of human relation­ships and the kind of ripples the arrival of a circus troupe caused among the margin­alised sections of the population.

Aravindan gathered circus artists, took them to the village of Thirunavaya on the banks of the Bharathapuzha River. When the tent was set up, it amazed the villagers, many of whom had never seen a circus before. For a few days, the performances are the centre of attraction, but after that the people move away to prepare for a local festival.

Aravindan’s work is celebrated for its reflective silences and is known to be extraordinarily observational, and his closeups in Thamp are as captivating as some of those we have seen in European cinema, especially in the work of the Swedish master, Ingmar Bergman.

Pratidwandi in Bengali was presented by the National Film Development Corporation of India and has been restored under the National Film Herit­age Mission, a project of the Union Min­istry of Information and Broadcasting.

It may be recalled that Cannes holds a special place for Ray, whose debut work, Pather Panchali (Song of the Little Road) clinched a prize there in 1956—an honour, which opened up international vistas for the auteur and Indian cinema.

Pratidwandi is by far Satyajit Ray’s most powerful work that minutely examines society’s underbelly and all that it hides. It is full of contrasts and unforgettable scenes

Pratidwandi, which was released in 1970 as the first part of the Calcutta trilogy, (the other two are Seemabaddha, 1971, and Jana Aranya, 1975)—has a deeply provocative plot based on a novel by Sunil Gangopadhyay. Siddhartha (played with a touch of brilliance by Dhritiman Chatterjee) is an educated middle-class youth who finds himself in a dilemma. In a scenario of corruption and unemployment, he cannot align himself with his activist brother and his revolutionary ideas or his career-minded sister.

That year, Bengal was in turmoil with a call by Charu Mazumdar and his band of Naxalites who wanted to reform society. But, their methods were violent, and their party, Communist Party of India (Marxist-Leninist) believed in annihilating class enemies. Their first targets were policemen on the streets and police informers. But Mazumdar and his men were put down ruthlessly by the then regime. Ray believed that a change was necessary, but the means to that was not violence. He conveys this with power and punch through the characterisation of Siddhartha.

Ray brings out with lucidity Siddhartha’s dilemma, moulding him into an improved version of the protagonist in the novel. In fact, it is often said Siddhartha was much closer to the maestro than Apu (name of the main character in Pather Panchali). Pratidwandi is by far Ray’s most power­ful work that minutely examines the society’s underbelly and all that it hides. It is full of contrasts and the scenes are unforgettable.