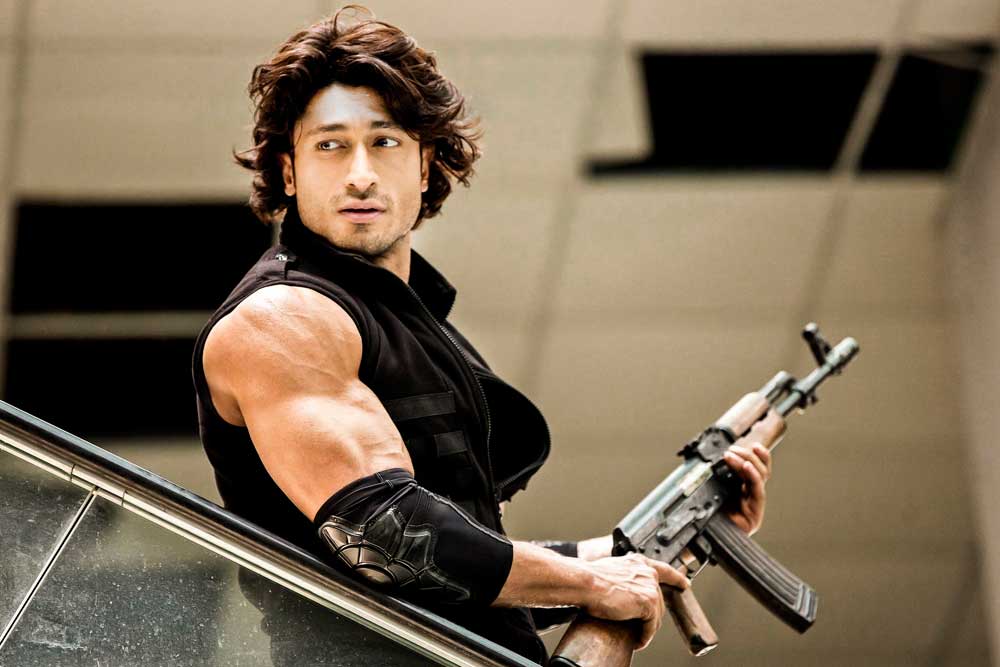 At times, this film looks like a sponsored movie on the benefits of demonetization. After a crack team of Indian Government operatives, led by an invincible Commando, goes abroad to Malaysia and Thailand and succeeds in getting an Indian fugitive to spill the beans on all the foreign bank accounts with black money stashed away, there are wild scenes of celebration in rural India. Farmers from across the country are celebrating the money retrieved by the Government. Apparently, they have just been informed on their smart phones that substantial amounts have now been transferred to their bank accounts, as promised by the Government. Earlier, they were on the verge of committing suicide, but now they dance on their fields with wives and children. Clearly, Hindi cinema is in fairy tale mode this political season.

Commando 2 is not altogether as naive as these scenes indicate, and the first one hour is watchable. But then, the character quirks of the four Hindustanis abroad, start getting repetitive. Captain Dogra (Vidyut Jamwal) is athletic and built like an ox, and you can watch him in wall to wall action stunts, sliding under cars, aerial in his entry of premises, defying gravity in descent. Zafar Hussain (Sumit Galati) is a professional hacker who says he joined the Police Department because he was tired of being associated by his name to a religion, and so wanted to prove his patriotism and his nationalist spirit. This is one more tick mark on the official propaganda box. Bhavna Reddy (Adah Sharma) is the token woman on the team, and though a martial arts expert, keeps talking about the shopping opportunities in Malaysia and Thailand that she is looking forward to. She is given a South Indian accent in Hindi, which she keeps exaggerating, as in the ‘are you ready?’ theme, suggested by her last name. The fourth operative is a slick and ruthless officer called ACP Bakhtawar (Freddy Daruwala) who, like a chameleon, keeps changing his affiliation to the group.

So there are interesting characters in the film, but without a single character development added on, without any progression in their respective personalities. By the second hour of the film, you wish they would hurry up, get the black money back to India as the PM promised, and then get all of it transferred to the ‘Jan Dhan’ accounts of needy farmers. But the road to economic recovery is not paved with gold, as we know, and so the plot goes through several convolutions, one of them, curiously, surprising us with the indefinable gender of the Indian fugitive abroad.

The whole operation is remote controlled from New Delhi by the Director of the ‘Investigative Division of the Central Board of Direct Taxes’, an IRS officer who reports to the PMO. The actress who plays her (Shefali Shah) is more attractive than the official femme fatale in the film, Maria (Esha Gupta). Unfortunately, tax women send out the wrong vibes; refunds and sex appeal do not go together; and so it is Esha Gupta who is, more often than not, in a clinch with Vidyut Jamwal, an actor who is rapidly gaining a reputation amongst the ladies for his alleged ‘hot bod’.

It could be the obvious plug for a Government program, or it could just be the bad film writing, but at some point in Commando 2, the mind switches off. After the ends of the plot are tied up, you can safely conclude that you have watched yet another mindless action movie.