It is a movie that gives us pause to think, and, at the same time, delight in the aesthetics of colour and composition 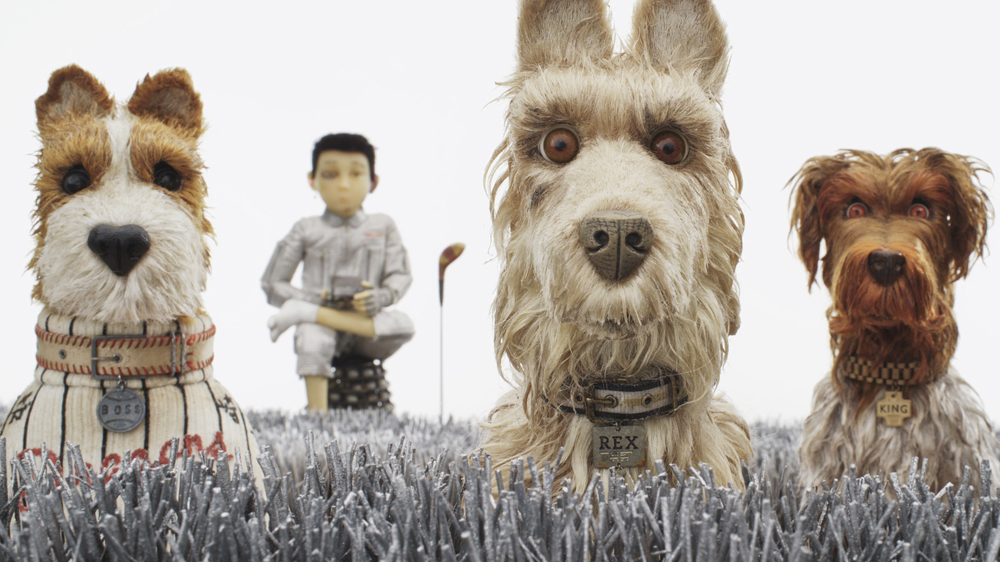 This is a stop-motion animation movie set in post modern times, but with the feel of the Samurai era in Japan. The Mayor of the city of Megasaki, Kenji Kobayashi, has banished all dogs forever from the metropolis. This is because they have ‘dog flu’ and ‘snout fever’ and are a menace to the health of human society. The Mayor is a fascist in a totalitarian community that, unbelievably, favours cats.

In what is a delightful homage to Japanese cinema, this animated Mayor is a dead ringer for Akira Kurosawa’s favourite actor, Toshiro Mifune, and has all his swagger and gruff voice (Kunichi Nomura). Just as director Wes Anderson used the theme music from many Satyajit Ray films to set different moods in ‘The Darjeeling Limited’, here, in ‘Isle of Dogs’, he appropriates Japanese cultural icons that are popular in the west, to set the ambience of his cautionary tale (tail) on how all the love and loyalty of faithful dogs can be trashed with a simple decree from an authoritarian state. All dogs, infected or otherwise, are to be transported to ’Trash Island’, off the coast of Megasaki (Nagasaki?).

‘Isle of Dogs’ is a very entertaining film told in the aesthetics of the obsessive symmetry of colour and frame that this director is known for. The humans in the film speak largely in Japanese and the dogs in American English. Everything in the film is set in opposition. In a sense, it is easy to understand why the perfection in detail of the Japanese presentation of food, dress and technology appeals so much to Anderson. It fits in to his schematic divisions in characters and composition. ‘Trash Island’ is untidy. Megasaki is orderly. One expressive sniff from a dog’s nose is focussed on intensely, and so is a single notation of the Japanese script.

At times the film goes overboard in cultural appropriation and the film looks like an illustration of the pop version of Edward Said’s precise arguments in ‘Orientalism’; one of which is that the West appropriates and turns exotic Asian cultures, in order to demonstrate a certain superiority over it.

But these are niggles in the larger scheme of the movie. The idea in the film is to animate the tolerant, brave and loving nature of dogs and oppose it to the tendency of conformity, and the instinct of self preservation, in their supposed best friends.

It is a telling commentary on our species that the only human who risks his life for the dogs is a twelve year old boy called Atari (Koyu Rankin) who comes to ‘Trash Island’ looking for his dog, ‘Spots’ (Liev Schreiber). Atari finds it difficult to locate him because the dog world is full of rumours. This gossip, like ours, is mostly about who has mated with whom, and which bitch is expecting a litter, very patriarchal attitudes strongly objected to by an attractive former show dog called ‘Nutmeg’ (Scarlett Johansson). Naturally, tracing a long lost dog in this swirl of disinformation can be rough.

The difference in ‘Isle of Dogs’ is that unlike most animation films on humans and animals, children are not the target audience here. Certainly, the stop-motion animation will appeal to kids, but the theme is dystopia; a scenario where majoritarianism ruthlessly wipes out all dissent. It is a movie that gives us pause to think, and, at the same time, delight in the aesthetics of colour and composition, hallmarks of Wes Anderson’s style.