Foolishly cast and strangely anachronistic, this remake of the 1983 classic Hero is a travesty 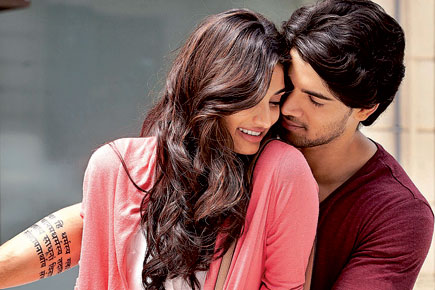 If the feudal system in Hindi cinema is to continue, a little bit of common sense is in order. What level of foolish thinking would cast Sooraj Pancholi and Athiya Shetty (progeny of Aditya Pancholi and Suniel Shetty, respectively) in a remake of the 1983 Hero? For one thing, you set the impossible yardstick of a landmark film onto two youngsters who haven’t even begun their careers. For another, surely you need a new identity, a new image, a fresh story, for the new kids on the block? A remake does exactly the opposite—in a nanosecond, the leitmotif has turned retro. The deliberate association of Sooraj and Athiya with their parents’ generation is ridiculous, especially when the average age of today’s audience is 25 or less.

Add to this the faithfulness of the director in directing this film exactly like the original. The story is about the confrontation between an Inspector General of Police and a goon called Pasha, now in prison. Both men take things very personally and Pasha (Aditya Pancholi) sends his man Sooraj (Sooraj Pancholi) to kidnap the IG’s daughter by convincing her that he is the police officer in charge of her ‘security’. Despite the obviousness of this act of deception, with the news going viral and the police chasing the couple, the daughter of the IG, Radha (Athiya Shetty) still believes that she is under police security. Not only that, she falls in love with her ‘protector’ and even though he is later jailed for her kidnap, she wants to marry him.

How does a director like Nikhil Advani adapt this film without any adjustments for the sea change in communication in the three decades since the original? The young actors, blessed with poor screen presence, have no hope of making it through with the help of good production values or great supporting actors. When Tigmanshu Dhulia, who plays the IG, is the only convincing performer in the entire movie, hope does not spring eternal in the human breast.