So passionate is this Indian society dedicated to studying the detective that they think of him as a real person. 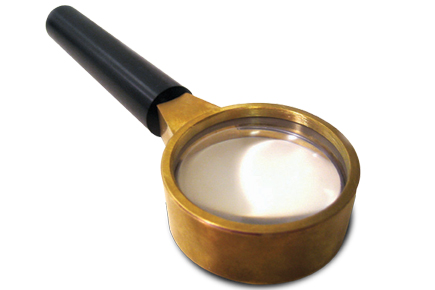 So passionate is this Indian society dedicated to the detective that they think of him as a real person.


If you think Guy Ritchie has given Sherlock Holmes a fresh lease of life, you are totally mistaken. Indeed, so great is Holmes’ hold still over his milling admirers that there have been societies and clubs dedicated to the study, research and spread of the Holmes ‘canon’. While the elder statesman of these clubs is The Sherlock Holmes Society of London (formed in 1951), its Indian avatar is also something to reckon with.

The man at the helm is Sumal Surendranath, an Indian Coast Guard officer in Port Blair in the Andaman Islands. He created The Sherlock Holmes Society of India in 2001 as a Yahoo! group. The discussions range from plots, to characterisation, to the atmosphere that Doyle builds. They also discuss new research papers on Holmes. “But primarily, this group is more about understanding Holmes from an Indian perspective. We’re bothered about the question: what does he mean for us as Indian readers?” Surendranath says.

Crime fiction as a genre in India, he claims, became popular during the colonial era due to Doyle. Besides, Holmes has a lot of Indian connections. “Dr Watson fought and was wounded in the Afghan War. A major character in The Adventure of the Speckled Band makes his fortune in India before moving back to England. Indeed, The Sign of Four even has a person from the Andaman Islands,” he says.

“Other Holmes groups are quite frivolous, but we don’t treat Holmes as a fictional character,” Surendranath says with some pride, “We treat him like a human being, admire his qualities of deduction, passion for finding the truth, loyalty, but also empathise with his shortcomings—his male chauvinism, for instance.” Among the 200 and growing members of the group are Dr Pinaki Roy, who holds a doctorate on Holmes stories from North Bengal University, and Partha Basu, author of The Curious Case of 221 B. But they haven’t been able to meet yet. “We tried in 2007, but it didn’t happen,” says Surendranath, adding, “A character in a Holmes story stays in a place called Pondicherry Lodge! So we picked Pondicherry to meet up.”

Next up for scrutiny is the new film. But this is a lot reared on Jeremy Brett’s hypnotic eyes and twitching temples as Holmes in the famous TV series. “I’ve heard the film has many inaccuracies,” sounds Surendranath as a warning. “We’ll take it up on our discussion board,” he says. Downey and Law, beware.