Why do women filmmakers in India not want to talk of sexual violence? 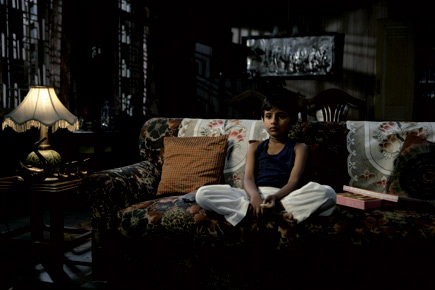 Why do women filmmakers in India not want to talk of sexual violence?


For the first time in years, I found my toes literally curling in fear during a film. My stomach was in knots and my knees were drawn up to my chest. The film was The Whistleblower, set in post-war Bosnia and based on true events. One scene was especially difficult to watch. A young woman was raped in front of many others—to teach her a lesson for trying to escape and as a warning to the rest. There was no lust involved. The film makes it quite clear that this brutality is essentially about money and power. Halfway through the film, I began to wonder if the director was a woman.

What was happening to those girls was torture and it communicated itself as torture. The camera focused a lot on the girls’ faces but did not shy away from the violence done to them. I went online later to confirm my suspicion. Indeed, the director turned out to be a woman, Larysa Kondracki, who wrote the script along with Eilis Kirwan.

How and why did I start thinking about the gender of the director? Because the film seemed to have a definite attitude towards women.

The camera was not intrusive, and, although this was a thriller, there were no elaborate chase sequences to induce anxiety. The story was enough. A policewoman is sent as a peacekeeper to Bosnia and she uncovers a sexual slavery and trafficking racket. The police and international peacekeepers are involved. It is in everybody’s interest to shut her up, including her own.

A lone woman making enemies in a war-torn land where she doesn’t even speak the local language—does it get worse? Or, in cinematic terms—does it get better? The real-life story was in the international news in 2002 and it inspired the Kondracki film that released in 2010. But her handling of the theme made me think of another film, Taken.

Taken (2008) is also about teenaged girls disappearing in eastern Europe, but you feel more anxiety for the male lead than the girls who face the gravest danger. Buried beneath the stereotype of a heroic daddy and the stylistic treatment of his rescue operation lie the horrors visited upon the girls sold into sexual slavery. Taken, however, is mainly about the men—good or bad—and the stunts.

Stunts reminds me of yet another film, Sucker Punch (2011), which is also sort of about sexual slavery. The film is modelled on video games and the cast is mostly young women. The lead character is admitted to a mental asylum by her evil step-father and she ‘escapes’ into a fantasy world where she is held captive in a brothel. She dances but also fights Samurai warriors and German soldiers from World War I. All of this translates into weapons and skimpy clothes.

This question of how sexual violence and gender stereotypes play out in cinema is all the more important because half our population experiences sexual violence of varying degrees, and because human trafficking is rampant across the Indian Subcontinent. If cinema is a mirror to society, what does our mirror tell us? Does our mirror fog over whenever it is asked a question about women’s fears, the risks they take, the battles they fight, lose, win?

After the 1970s, Hindi cinema gave us more than an eyeful of the ‘male gaze’—cameras lingering on cleavage from the rapists’ perspective; women running from rapists with sari pallus clutched to their bosoms; women blushing coyly the morning after they’ve been raped. This is not to say that male filmmakers have not addressed rape or portrayed sex workers in a sensitive way; Shyam Benegal and Manik Chatterjee are some of the obvious exceptions. What is surprising is the absence of the female gaze. What keeps Indian women filmmakers from looking at sexual violence in the eye?

The newest woman director on the block, Sonam Nair, has been quoted in an interview as saying that ten years ago, women were only making films about villages and rape. Clearly, Nair has not watched—or bothered to do a cursory Google search for—the work of women directors over the last decade. Most women who make Hindi films focus on urban narratives. Kalpana Lajmi and Aruna Raje did make a few films set in villages, but not recently; even Tanuja Chandra’s Dushman is 15 years old.

Perhaps women filmmakers do not want to talk about sexual violence because they resent the ‘woman’ label. During interviews and panel discussions, they like to say that gender has nothing to do with craft, that they don’t see themselves as activists. But whether they do it consciously or not, their films do move around pieces on the gender boardgame. If their lens is not feminine, at least it’s not the ‘male gaze’ either. Sai Paranjpe’s Sparsh, Aparna Sen’s Mr and Mrs Iyer, Anusha Rizvi’s Peepli Live, even Reema Kagti’s Honeymoon Travels Pvt Ltd—have all cast men in a vulnerable rather than ‘manly man’ mould.

Recently, Zoya Akhtar allowed us a square look at gender in her short film, one of the four in Bombay Talkies. “What’s wrong with being a girl?”—the question comes from a very young boy but it echoes in the head of his sister; later, brother and sister hold hands in solidarity and bewilderment. Sitting in the dark, I felt a rush of gratitude. Hindi movies have always had male actors dressed up as women, sometimes just to enable a colourful song in a wafer-thin plot. Cross-dressing amuses the audience. But the big question—why?—was never asked. But finally (finally!) it has been asked.

Indeed, being female has nothing to do with creativity. But it does have a lot to do with one’s politics. Male writer-directors tackle stereotypes around masculinity and their gendered gaze feeds their creative abilities. Vikramaditya Motwane’s Udaan gave us a teenaged ‘hero’ on the verge of manhood, trying to live with a violent father. Anurag Kashyap’s Dev D challenged the stereotype of sexually coy village belles. Abbas Tyrewala created a non-violent but very confident protagonist in Jaane Tu… Ya Jaane Naa. One of my favourite bits in the film is a single line of dialogue—a single mom tells her grown son that it is his turn to make ‘naashta’ today. It takes as little as that to acknowledge a gender stereotype or to challenge it.

Men and women can be equally sensitive, equally invested in change. But the task of artists is to tell the truth as they see it. If women filmmakers are not acknowledging the all-pervasive sexual violence that cuts across class and the rural-urban divide, then are they seeing the truth? If a country is so violently divided along gender lines, and their work does not reflect this truth, then what does it tell us about their ability to hold up a mirror? Sometimes I wonder if, in trying to shake off the ‘woman’ label, women filmmakers are side-stepping the most powerful stories they might have told. I might be wrong. But I do wonder.