Jaideep Sahni is fascinated by cities like Jaipur, Indore and Kochi. Their youth, he says, are “the cutting edge of our swords against feudal traditions” 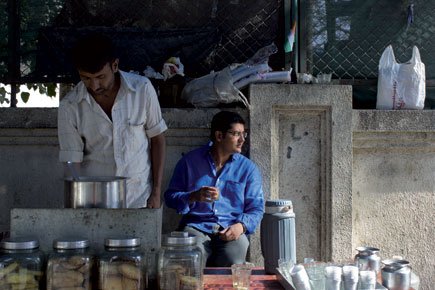 Jaideep Sahni is fascinated by cities like Jaipur, Indore and Kochi. Their youth, he says, are “the cutting edge of our swords against feudal traditions”


In the past decade computer-engineer-turned-advertising professional Jaideep Sahni has become one of India’s most successful screenwriters and lyricists. The writer of films like Company, Khosla Ka Ghosla, Chak De! India and Bunty Aur Babli talks about the art of writing and why the middle class needs to be written about.

Q Your films are of different genres, and yet have all worked. What do you know about writing, or the audience, that others don’t?

A (Chuckles) I don’t know. I’ve never thought that way. For me, it’s like, you are in the middle of your community, and there are a lot of things you like about your community and a lot of things that make you restless or irritate you about your community. So what you do is: chowkdi maaro, kahani shuru karo. Darr kiska hai? Apne hi toh log hain (Cross your legs, and start the story. What are you afraid of? They are your own people). One day, they will pat your back and say, “Yeah you got it, that’s how it is.” And one day, they say, “Arrey yaar, you bored us this evening,” and you say, “Okay, I’ll come back next time.” I just try to keep it that simple. This whole thing about genres and movies and cinema, and the rest of it… I’m a bit ignorant of it and (smiles) I like to stay that way.

(Pause) I’ve never tried to research what the audience wants to know. Because if I did, then Khosla Ka Ghosla would never have released or I’d never have written a film about women athletes starring a Shah Rukh Khan who doesn’t sing or dance, or romance. A movie may be a product, but for me, it’s an emotional product. As a storyteller, your only job is to tell a story you care about. If you are doing it for the wrong reasons, then you are only going to let people down.

Q But you are one of the few screenwriters who research a film by going on reccees. What are you looking to pick up?
A To be honest, the reccees are less a scientific process for the writing and more because I am curious about the subject for myself. (Laughs) See, I’m not a movie guy in the typical sense. I don’t write a film because I have to write a film. It starts with me getting interested in something, which is a lot like falling in love—I don’t know why it happens. Then I’m just excited to find out more about the subject and if, for that, I need to travel, I travel. And it’s not so much research, but a pleasure… ki thodi dhoop lage, thodi hawa lage, thodi mitti khaoon (get a little sun, a little air, eat a little dirt). And sometimes, out of this process, a movie script may emerge. At other times, the subject may not be right for a multiplex, so I may write a book about it some day. A movie is a byproduct of my fascination with something. I never work backwards from the intention of writing a movie. All of that is like a middle-aged version of high school peer pressure, ki uski picture aa rahi hai, meri bhi aani chahiye (‘that person’s film is coming out, mine should too’). Ho gaya yaar, I don’t want to go back to class 11 again. (Laughs)
Q Your way of working is also different in that unlike other writers, you are known to stick with one project from inception to release.

A It’s just because I’m committed to that subject and the people whose story I’m telling. Of course, everyone from the director to the actors worry about all this too, but as far as I’m concerned, I believe the buck stops with me. These are my guys that everyone is working with, it’s my guys they are dressing, my guys they are playing, my guys people may come to watch, or not watch. I care about my guys, so whether it is sitting and writing alone, or being available when they are shooting on and off, or seeing the first print, I like seeing them through. (Chuckles) Maybe I’m delusional, but till the movie isn’t over, meri jaan atki padi hoti hai characters mein (those characters are my life), I can’t abandon them and start freelancing.

Q Do you also feel a certain responsibility towards your subjects?

A I do feel responsible towards the people I’m representing in the script, because I want to do right by them. The happiest days of my life have been when a sportsperson has come up to me and said, “You understand me,” because he saw Chak De! India, or when a salesperson says, “You got it right.” But another thing is, I genuinely enjoy the making of a film. I love to be around when the editing is happening or the costumes are being done, not in an intrusive way, but because I am excited for my guys. For me, it’s like a school annual day or a wedding in the family kind of thing. Sab apna kaam karte hain, par doosre ki help bhi karte hain na (everyone does their own work, but we help each other too)? Maybe it’s because I was from IT or because I didn’t know any better. But I know this is not the story of every writer, and I’m just lucky to have worked only with people who’ve never asked me to not be involved. I’ve worked with some really rare kinds of people, that way.

Q What fascinated you about the characters of Shuddh Desi Romance and Jaipur?

A I’m fascinated by cities like Jaipur, Lucknow, Indore, Kochi, which are the engines that are running India. They are different from the metros, which are world cities that operate on another level from the rest of the country. They are not the ‘small towns’ Bollywood thinks they are and portrays them to be, just because people in them speak Hindi more than they do English. These are places buzzing with energy, where things are actually happening.

The funny thing about these places is that the youngsters here have their feet in two boats: the traditional and desi, and the modern. You have a guy selling kachori who has two mobile phones. You have a dupatta salesman who can convert currencies and talk to tourists in seven different languages—to the extent his profession demands. It’s really exciting for me, as a storyteller, to see how young people try to navigate their love lives in these environments, with some following the traditional mindset (but only to an extent), and some breaking out of it completely and experimenting with relationships.

Q In the 90s, Bollywood was largely about aspiration, what you’d like your life to be. Your films changed the trend, in a way, to what your life is. Why do stories about the middle class need to be told?

A I don’t know, it’s some kind of conversation you want to have with the community you are a part of. (Pauses) Jinko kuchh bolne ke liye hai, unhi ko kuchh bologe, na (You talk to those to whom you have something to say)? Jo khush hain, Ballard Estate mein rehte hain, shaam ko Blue Frog jaate hain (those who are happy, who live in Ballard Estate and go to Blue Frog in the evening), I can have beer with them, but there’s nothing I can say to them. Because they are doing fine. I mean, they don’t blacken their children’s faces in parks if they do something against their ‘tradition’. There is a kind of oppressiveness in our so-called culture that pinches me. There is hypocrisy and fraud in the name of that all-encompassing word—‘maryada’. And this is a war that millions of youngsters fight every day. I mean, how many lies do girls have to tell every day in order to do what any young woman anywhere else in the world can do as a matter of right? Why is this 5,000-year-old civilisation making the youth lie all the time?

But what I’m doing is not a lecture or national service; I’m just trying to discuss. I just want to tell my people to breathe, and let the young be, and let them discover things on their own. These are the guys who’ll be running the country 10 years from now, because youngsters from the metros will fly away to America. It’s these kids who are the cutting edge of our swords against feudal traditions. I get very restless about all this. But at other times, it’s also quite funny, in a way. I mean, I don’t have any eloquent words to explain this, main engineer aadmi hoon, yaar (I’m an engineer type of guy, man)!