This movie is a hoot, and keeps you entertained, and amused, through most of its duration. 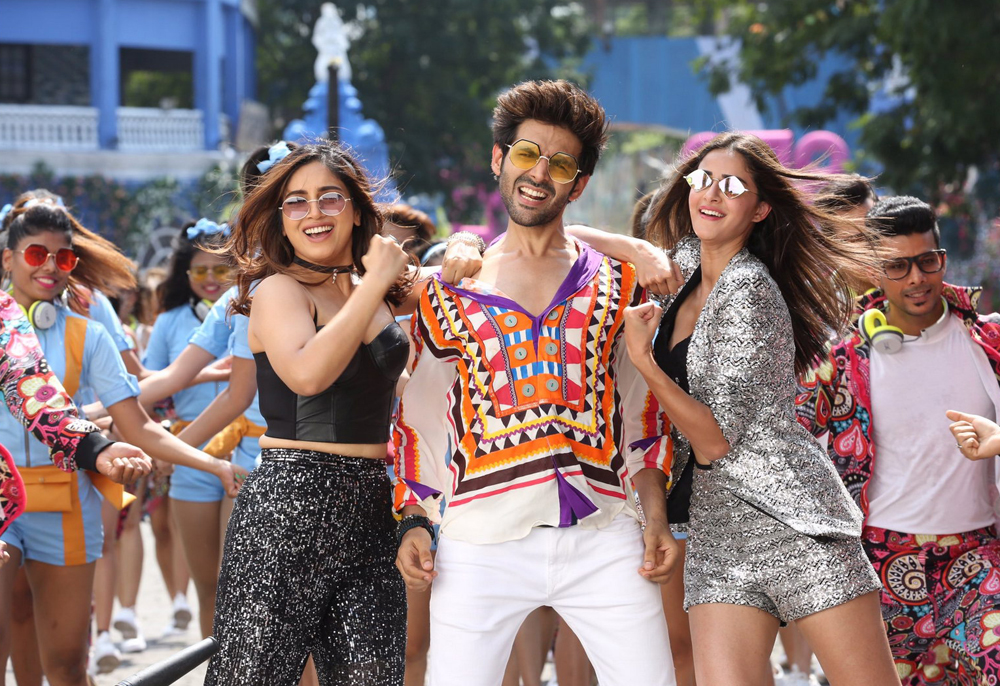 The new ‘Pati Patni Aur Woh’ is updated to a Rom-Com, set in Kanpur and Lucknow. The movie skims the surface of a generation because it has nothing profound to say about it. Middle class millennials in a merry-go-round are not a moral concern here. The absence of content is made up for with a breezy style. The film has unexpected levels of irony in speech, and, at times, comes up with genuinely witty lines.

The mofussil ambience of a PWD office in Kanpur is the world of Chintu Tyagi (Kartik Aaryan). His wife, Vedika Tripathi (Bhumi Pednekar), is bolder than him, and wants to move to cosmopolitan Delhi, but he is averse to change, and does not agree. After some three years of marriage, they have no children, which is a concern for people around, but not for them. Chintu and Vedika address each other by their last names – Tyagi and Tripathi. This is charming. Their sex life is decent. Their love life is affectionate.

It is the sheer hotness of the girl who comes to his office, that triggers the thought of straying. She comes looking for suitable real estate to set up her business. He takes his government car and driver to cruise around Kanpur, helping Tapasya Singh (Ananya Panday) find a nice office space. In the new Uttar Pradesh, one would have thought that he would have to find an ‘uttar’ for such gratuitous use of public funds. But nobody seems to mind.

The movie is a superficial set piece, but works on a comical level because it never delves into the emotional lives of the characters. The actors are directed not to reveal who they are, or what they feel. They have no baggage. They have one note minds. Only Vedika is allowed a past. We are told that she once had a relationship with a man she loved. Some of that sense of loss and regret comes through when she spots her husband and his new girlfriend at a bowling alley in a mall, and stares at them for minutes, pondering what could have been.

Other than that, this movie is a hoot, and keeps you entertained, and amused, through most of its duration.