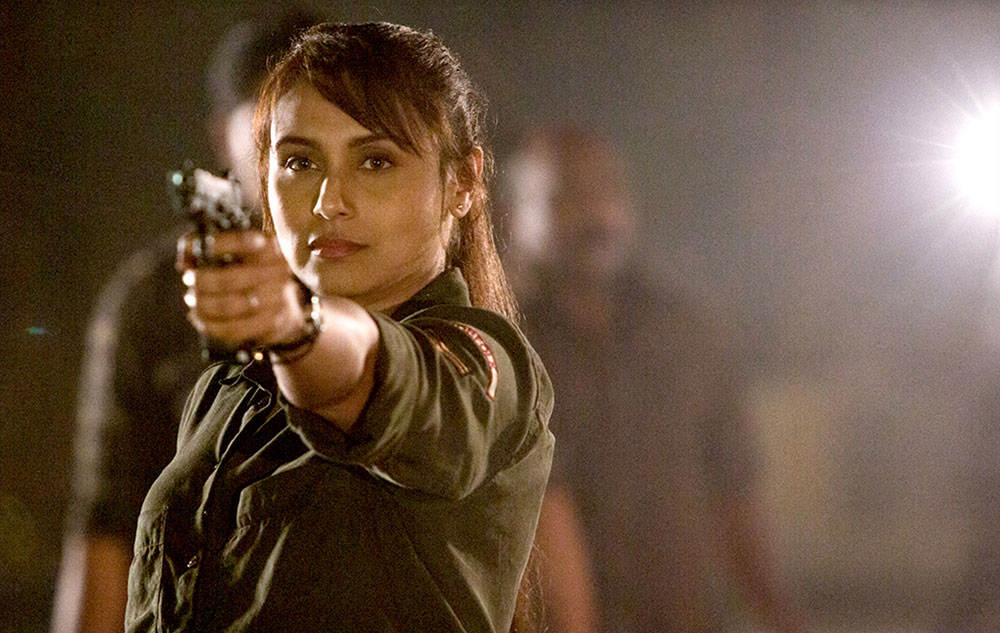 This is a movie about a serial killer. The previous film in the franchise dealt with the illegal trafficking of women, and starred our Super Cop cracking the organised crime network that dealt with it. That story spoke of the sensitivity of a female police officer towards transgressions on her gender, and described how this natural empathy prompted her to prioritise the case.
‘Mardaani 2’, on the other hand, is more of a horror story told from the perspective of a deranged killer. In the first  sequence of the movie, the antagonist, Sunny (Vishal Jethwa) is prowling around a fair in Kota, Rajasthan, looking for vulnerable women to prey on. He is wearing a horror mask and removes it to speak directly to the camera and announce his misogyny. He describes himself as a predator, and says that he selects his women victims according to the level of spunk they display in their interactions with men. The more defiant the woman, the more likely he is to beat, rape and kill her.
Sunny talks to the audience at regular intervals, usually just before starting, or after ending, one of his missions, revealing, or at least hinting of, his future plans. What the man does is gruesome. But the complexity of his persona is reduced to that of a villain in a Hollywood thriller. He sends messages, challenging the Police to catch him. The man wants publicity, and he loves the camera.
The result is consistent with the self projection instincts of his personality. He wants to set the plot and the agenda.  Police Officer Shivani Roy (Rani Mukerji) is turned into a secondary character. Sunny plays her like a rag doll, breaking into her bedroom to steal a sari and her lipstick, to mark his next victim. He then phones her and mocks her incompetence.
Oddly enough, Shivani is, in fact, shown as a pretty wooly headed investigator who does not pick up on the most elementary of clues. Also, actress Rani Mukerji’s trim figure, swaying hips and manicured appearance, do not help in the construction of credibility. At no stage in the film does she look like a tough woman cop.
The writing and directing of ‘Mardaani 2’ is not smart. An articulate speech on TV by this Officer, advocating the active participation of women in rectifying gender bias, and in reinforcing the institutions that protect women, is impressive. But the absence of believable characters, the naive decision to have the antagonist reveal plot details on camera, and the large potholes in the narrative, all combine to provide a disappointing sequel.