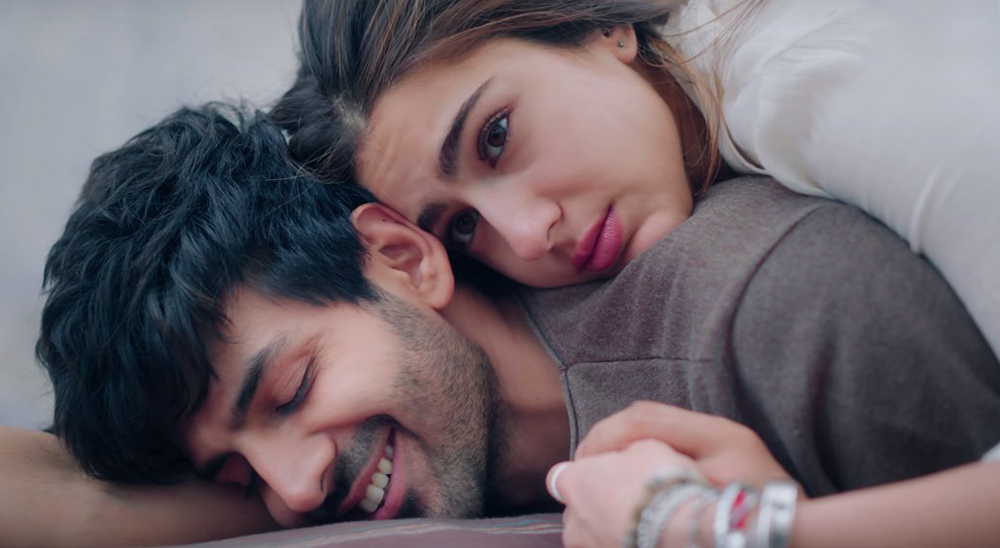 After watching ‘Love Aaj Kal (2020)’, admirers of director Imtiaz Ali will be in a state of shock. A film maker can have lapses in creativity. Production problems could plague him. Actors may let him down. He might run out of money. But, surely, the flowing, lyrical and cinematic style that he demonstrated so well in a range of films like ‘Jab We Met’ or ‘Highway’, ought to be second nature to him. What is confounding is that the refined film technique we have seen and liked in his oeuvre, goes missing here. This movie looks and sounds like a bad student film.

As in the 2009 edition, Ali looks at romantic love through the lenses of two different generations, and then notes that the etiquette of love play has altered, but not the natural ebb and flow of romance, something which is at the heart of every culture. In that version, Rishi Kapoor plays the restaurant owner in London who reminiscences on the way love was conducted in the1960s, in Delhi and Kolkata. In this update, Randeep Hooda is the owner of a Cafe and Bar called ‘Mazi’ in Delhi. He looks back at his youth, and spins a narrative of passionate romance in Udaipur of the 1980s.

This is a very generalised misreading of how love changes over generations. The writer and director seems to be working on a pre-conceived notion that lovers in the ‘60s had integrity, those in the ‘80s had passion, even if they did sometimes cheat on their partners, and, as for these disconnected times, the kids are so confused, they don’t even understand themselves. All the girls think about is how to prioritise career over partners, and all the boys think about is how to get laid by girls who don’t take themselves, or the boys, seriously.

Clearly, the director believes that there is a lot of garbage that needs sweeping out in the heads of generation Y. So he goes about his job with a missionary zeal, and you are presented with performances by the lead lovers of our contemporary times, Veer (Kartik Aaryan) and Zoe (Sara Ali Khan) which are absurdly calibrated. Zoe is on high pitch, and Veer on low.

Right through the movie, Zoe does not listen; she just jabbers on high volume. The most embarrassing scene (for the way it is composed and shot) is when she accepts an invitation to visit Veer’s parents, and argues angrily with Veer right in front of them, before walking out in tears. Scenes like this are not the symptoms of a muddled generation. They are simply an indication of poor cinema aesthetics.

When actors are forced to conform to a pre-determind perspective on how young people behave and speak, it results in film scenarios that do not ring true. It also makes those performances look false. Actors are aware of when they are made to fake it, and this affects their self esteem. ‘Love Aaj Kal (2020)’ has some of the most unreal scenes in recent Hindi films, and, as a result, some of the worst acting. Almost every role in the film, including that played by the coolest customer of them all, Randeep Hooda, is scripted on a false notation. The overall impression in the film is that the entire cast is on overdrive, and is hamming, majorly.

Even the choreography of song sequences in the film, one of the strengths of this director’s style, seems to lack poetry and rhythm this time round. This is a stumbling movie by him, and it is embarrassing.