It is not a memorable film by any distance, but it is certainly worth a watch 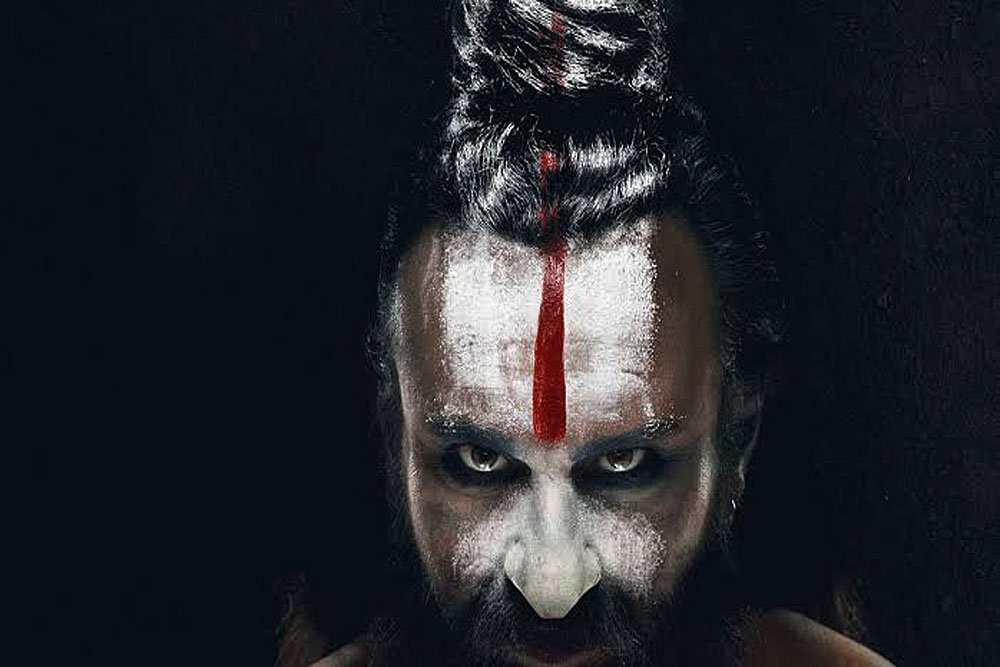 ‘Once Upon a Time in Bundelkhand’ could have been an alternative title for this film, given its homage to Sergio Leone and his ruminative Westerns. Set sometime after the East India Company gained dominance over a disunited Indian force after the Battle of Buxar in 1764, ‘Laal Kaptaan’ is about a Sadhu called ‘Gossain’ who displays military training in selective attacks across the barren landscape of this terrain.

With holy ash smeared across his brow, hair flowing till his waist, and possessing an excellent aim that can take down a moving target at a hundred metres, Gossain (Saif Ali Khan) is a sight for sore eyes. He operates in a region of lawlessness, setting down his own code of conduct and living an ascetic lifestyle. The seductive wiles of one of only two women with minor roles in the film, a widow played by Zoya Hussain, cannot draw him into any romantic partnership.

Betrayal, deceit and aggravation characterise all women in the movie, so much so that even a woman’s role in giving birth to the warring men does not elevate her above the position of a reproduction accessory.

The first half of the movie is striking for its visuals. In terms of drama, though, it is just a stroll across shooting locations. In extreme slow pace, we watch Gossain obsessively track a Chieftain called Rehmat Khan (Manav Vij), as he travels across the countryside with his wife and infant son, looking for a safe haven.

Khan has had a long association with the British and buys arms from them. We can see that his politics has always been to align himself with the winning force. He dislikes the English as a race, but has shrewdly identified the future rulers of India as the East India Company, and so pays strategic obeisance to the British Commander with whom he deals (Henry Douthwaite).

All this is told to us in slow motion, with time being of no constraint. There are occasional flashbacks that explain social and personal history, but only in the last 45 minutes is the real motive for pursuing Rehmat Khan hinted at.

Saif Ali Khan invents a challenging persona in Gossain. It takes a while, but the listlessness of the film gives way to a meditative perspective towards the end. The duality of his existence – a ’Sadhu’ who has no need for material possessions himself, but who focusses malignly on those who value ownership – comes through. The world is temporal, and a conundrum, in his view. Everybody has to die, he says, but there are some who deserve to die earlier than others.

Like Don Quixote he goes tilting at windmills, along with his Sancho Panza, and suffers for it. The introduction of the Deepak Dobriyal side-kick is clearly for purpose of comic relief in this dour narrative. Sancho wears a cowboy hat, has two sniffer dogs running in front of him, and speaks faux English for effect. Despite these efforts, ‘Laal Kaptaan’ ends up pretty humourless.

On the plus side, the film has an out-of-the-box protagonist played with passion, along with a narrative that is contemplative, and that acquires gradual meaning as we go along. The context for the story, a panoramic visual design, is also well captured by cinematographer Shanker Raman.

‘Laal Kaptaan’ is not a memorable film by any distance, but it is certainly worth a watch.