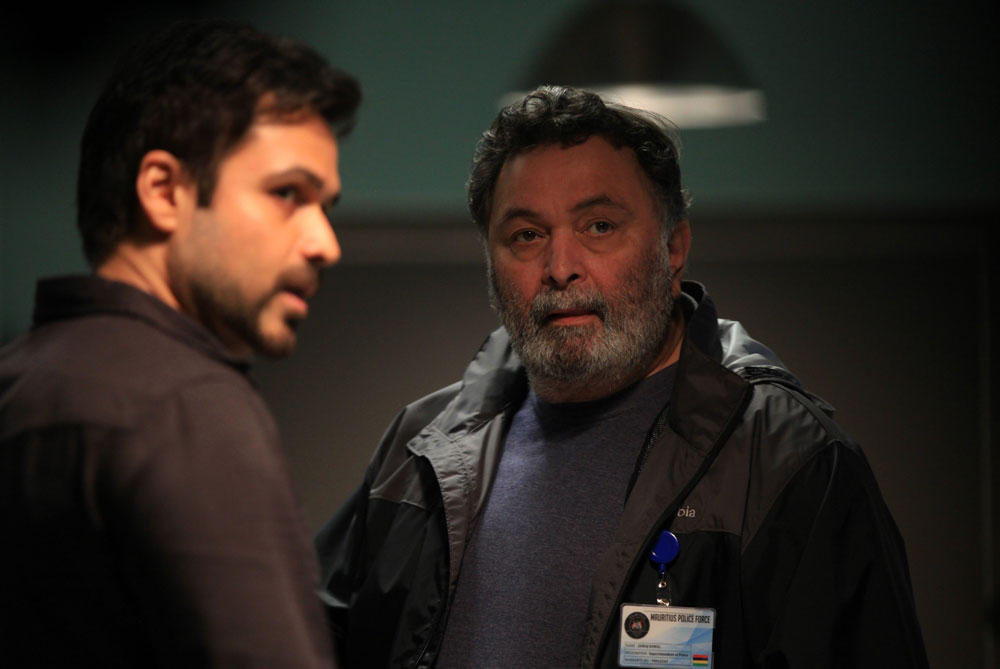 There is just one scene in ‘The Body’ when you want to throw up. A murder accused picks up evidence of his guilt floating in a toilet bowl and swallows it. The rest of the movie is exacerbating, but not quite as excremental.
The film is set in Port Louis, Mauritius, and it is all elegant bedrooms, exquisite red wines, luxury cars, yachts and azure seas. Even the police station looks like a holiday resort. Particularly attractive is the leading lady, Maya (Sobhita Dhulipala), a new entrant who could give Sunny Leone a run for her money. Plus, she can act.
An official remake of a Spanish movie with the same title, ‘The Body’ plays on the idea of the supernatural, in order to suggest the manner of  disappearance of a body from a morgue. The corpse had been lying there, pending an autopsy, but now, apparently, it has got up and walked away. The official cause of demise of the dear departed was a heart attack, caused by stress, after a long flight from Los Angeles to Port Louis. But sudden death can also be induced by several drugs with nasty side effects.
At any rate, the body has vanished, and the most likely cause of its departure is a sleight of hand by the main accused, Ajay Puri (Emraan Hashmi). The investigating team on the case is led by an elderly police officer (don’t they have a retirement age in Mauritius?) called S.P. Jairaj Rawal, S.P. for short (Rishi Kapoor).
It’s been a long time since anyone has seen Rishi Kapoor ham, but here you have it. He paces up and down, accosting the accused; asking him to stand up, then sit down, take off his shoes, put them back on, talk, keep silent. Finally, he socks him in the jaw with a right hook. The whole idea is to induce a confession.
Through all this perambulatory activity – people walking up and down displaying general anxiety – the tension expected of a thriller movie is absent. The effect on the audience is somnambulatory. ‘The Body’ must easily rank as the dullest film Emraan Hashmi, otherwise a lively actor, has ever acted in.