From the colonial gentleman to the prince to the commoner, the evolutionary saga of Indian cricket 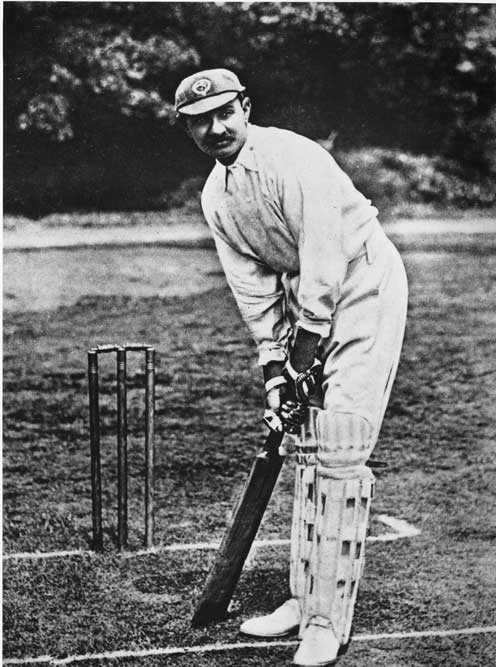 I HAVE OFTEN THOUGHT that cricket is really, in the sociologist Ashis Nandy’s phrase, an Indian game accidentally discovered by the British. Everything about the sport seems suited to the Indian national character: its rich complexity, the infinite possibilities and variations possible with each delivery, the dozen different ways of getting out, are all rather like Indian classical music, in which the basic laws are laid down but the performer then improvises gloriously, unrestrained by anything so mundane as a written score. The glorious uncertainties of the game echo ancient Indian thought: Indian fatalists instinctively understand that it is precisely when you are seeing the ball well and timing your fours off the sweet of the bat that the unplayable shooter can come along and bowl you. It is almost, as has also been observed, a pastime in which the Bhagavad Gita is performed in the guise of a Victorian English morality play.

A country where a majority of the population still consults astrologers and believes in the capricious influence of the planets can well appreciate a sport in which an ill-timed cloudburst, a badly-prepared pitch, a lost toss of a coin or the sun in the eyes of a fielder can transform the outcome of a game. Even the possibility that five tense, exciting, hotly contested and occasionally meandering days of cricket can still end in a draw seems derived from Indian philosophy, which profoundly accepts that in life the journey is as important as the destination.

No wonder cricket has seized the national imagination of India as no other sport has. Our cricketers occupy a place in the pantheon rivalled only by gods and Bollywood stars. The performances of our heroes are analysed with far more passion than any political crisis; selectoral sins of commission and omission, especially the latter, can bring teeming cities to a grinding halt. In no other country, I dare say, does a sport so often command the front pages of leading newspapers.

And why not? What could be more important than the thrilling endeavours of a gifted batsman or the magical wiles of a talented spinner, each performing his dharma, the individual doing his duty in a team game, just as in life each Indian fulfils his destiny within the fate of the collectivity?

Cricket first came to India with decorous English gentlemen idly pursuing their leisure; it took nearly a century for the ‘natives’ to learn the sport, and then they played it in most unEnglish ways. I remember being taken by my father to my first-ever Test match, in Bombay in late 1963, when a much weaker English side than the present one was touring. I shall never forget the exhilaration of watching India’s opening batsman and wicketkeeper, Budhi Kunderan, smite a huge six over midwicket, follow it soon after with another blow that just failed to carry across the rope, and then sky a big shot in a gigantic loop over mid-on. As it spiralled upwards Kunderan began running; when the ball was caught by an English fielder, he hurled his bat in the air, continued running, caught it as it came down, and ran into the pavilion. I was hooked for life.

A dapper figure in a silk shirt, all flashing eyes and flashing bat, KS Ranjitsinhji was one of the game’s all-time greats and the first non-White to play for England

India has always had its Kunderans, but it has also had its meticulous grafters, its plodders, its anarchists and its stoics: a society which recognises that all sorts of people have their place, recognises the value of variety in its cricket team as well. Cricket reflects and transcends India’s diversity: the Indian team has been led by captains from each of our major faiths, by Hindus, Muslims, Parsis, Christians and a colourful Sikh. A land divided by caste, creed, colour, culture, cuisine, custom and costume is united by a great conviction: cricket.

Yes, the British brought it to us. But they did not do so in the expectation that we would defeat them one day at their own game, or that our filmmakers would win an Oscar nomination for an improbable tale about a motley bunch of illiterate villagers besting their colonial overlords at a fictional 19th century match (Lagaan, 2003). Sport played an important role in British imperialism, since it combined Victorian ideas of muscular Christianity, a cult of youthful vigour and derring- do in far-off lands, and the implicit mission of bringing order and civilisation to the unruly East through the imposition of rules learned on the playing fields of Eton. If Empire was a field of play, then to the colonised, learning the rules and trying to defeat the masters at their own game became an inevitable expression of national feeling.

Scholars have demonstrated that one of the reasons why cricket acquired such a hold in Bengal society between 1880 and 1947 was as a way to discharge the allegation of effeminacy against the Bengali male by beating the English at their own game. The educated middle class of Bengal, the Bhadralok, joined the maharajas of Natore, Cooch Behar, Mymensingh and other native states to make cricket a part of Bengali social life as a means of attaining recognition from their colonial masters. At the same time, the British, who saw cricket as a useful tool of the Raj’s civilising mission, promoted the sport in educational institutions of the province.

But cricket quickly took on nationalist overtones. Take an incident from the days of the nationalist movement in Bengal of the 1910s, from the sporting history of Presidency College. Presidency was the principal English-language institution of higher learning for Indians in Calcutta, where sports such as gymnastics and cricket were made compulsory to develop Bengali boys physically in reaction to British colonial stereotypes of ‘manly’ Britons and effeminate Bengalis. When the nationalist resistance in Bengal was gathering momentum, Presidency College lost a cricket match in 1914 to an all-European team of La Martinière College, an unabashedly colonial institution whose students were (and astonishingly still are) divided into ‘Houses’ named for the likes of Charnock and Macaulay. This caused much breast-beating and self-flagellation. The players of the team were publicly criticised: ‘The big defeat of the college team by La Martinière College cannot be forgiven,’ declared the Presidency College magazine.

When Indians became good enough at cricket, the British took care to divide them, organising a tournament that pitted teams of Hindus, Muslims, Parsis and ‘the Rest’ against each other

In a somewhat different way, Parsi cricketers in Bombay undertook the sport for the purpose of social mobility within the colonial framework. The maharajas, the affluent classes and Anglicised Indians, Ashis Nandy points out, ‘saw cricket as an identifier of social status and as a means of access to the power elite of the Raj. Even the fact that cricket was an expensive game by Indian standards strengthened these connections’.

Curiously, this pattern was replicated across the country, not just in the British presidencies but also in the princely states, many of which produced not inconsiderable teams, well financed by the native rulers. Some of these gentlemen played the sport themselves at a significant level of accomplishment; one, KS Ranjitsinhji (universally known as ‘Ranji’ and enviously as ‘Run-get-sin-ji’), was selected to play for England against Australia in 1895, and scored a century on debut, which made him the hero of the Indian public. A dapper figure in a silk shirt, all flashing eyes and flashing bat, Ranji (1872-1933) was one of the game’s all-time greats and the first non- White to play for England. It is fascinating how Ranji, like Oscar Wilde and Benjamin Disraeli, became an English hero without being quite English enough himself. (‘He never played a Christian stroke in his life,’ as one English admirer disbelievingly put it.) Ranji described himself as ‘an English cricketer and an Indian prince,’ but as the Anglo-Dutch writer Ian Buruma observes: ‘As an English cricketer he behaved like an Indian prince, and as an Indian prince like an English cricketer.’

Ranji—cricketing genius, reckless spendthrift, shameless Anglophile—was an extraordinary amalgam of the virtues and defects of both gentleman and prince. When a careless hunter shot him in the eye, Ranji continued the hunt, lost the eye, but made it a point to invite the incompetent hunter for the next shoot. Yet he was almost callously dismissive of the deaths of his Indian subjects, and he obliged his peasantry, in the midst of a crippling drought, to contribute to Britain’s World War I coffers. As his state choked in the grip of famine, Ranji wasted a month’s revenues in a fireworks display for a visiting viceroy. His nephew, KS Duleepsinhji, and another prince, the Nawab of Pataudi, both emulated Ranji in 1930 and 1933 respectively, though by then Indians were beginning to ask why they had taken their talents to the other side instead of playing for the fledgling Indian Test team. (Pataudi did, in 1946, but by then he was past his prime.)

When Indians became good enough at cricket to win the occasional game, the British took care to divide them, organising a ‘Quadrangular Tournament’ that pitted teams of Hindus, Muslims, Parsis and ‘the Rest’ against each other, so that even on the field of play Indians would be reminded of the differences among them so assiduously promoted by colonial rule.

The sociologist Richard Cashman noted that Indian nationalism was less radical, in a cultural sense, than Irish nationalism. In Ireland, the nationalists and Home Rule agitators attacked cricket and other English sports as objectionable elements of colonial culture, and patronised ‘Gaelic sports’ instead. Indian nationalist leaders, on the other hand, ‘attacked the political and economic aspects of British imperialism but retained an affection for some aspects of English culture’. While traditional Indian sports like kabaddi languished in the colonial era, and polo was revived as a sport mainly for the British and a very narrow segment of the Indian aristocracy, cricket was seen as a sport where Indians could hold their own against the English. (This may explain why Ireland still has a very modest cricket team that is yet to earn ‘Test’ status, whereas India in the 21st century is one of the giants of the world game.)

Cricket, of course, flourishes in democratic India far more than it ever did in the days of the Raj. It is played not by the princes to whom the British taught it, but by the sons of India’s middle and lower-middle-classes, the products of a nationalism Ranji despised. While one must concede that the British imparted it to us, today we can more than hold our own with them, and anyone else playing the sport.

Shashi Tharoor
Shashi Tharoor is a Member of Parliament and the author, most recently, of The Battle of Belonging 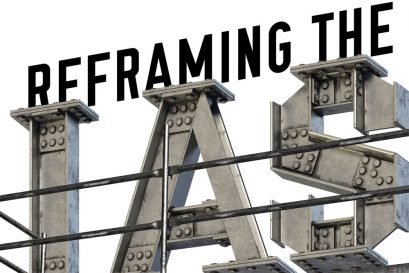 With many top posts going to specialists from the allied services and the induction of a fresh batch of lateral entrants, the civil services are undergoing their biggest transformation since independence

The Gift of Sleep

Are You Fit for the Job?

Companies are making the health of employees a priority