The rising star of Indonesian fiction, Eka Kurniawan spins a tale that is as bloody as it is brilliant. He has a message for the world—the truth always exposes itself. The magical realist in conversation with Open 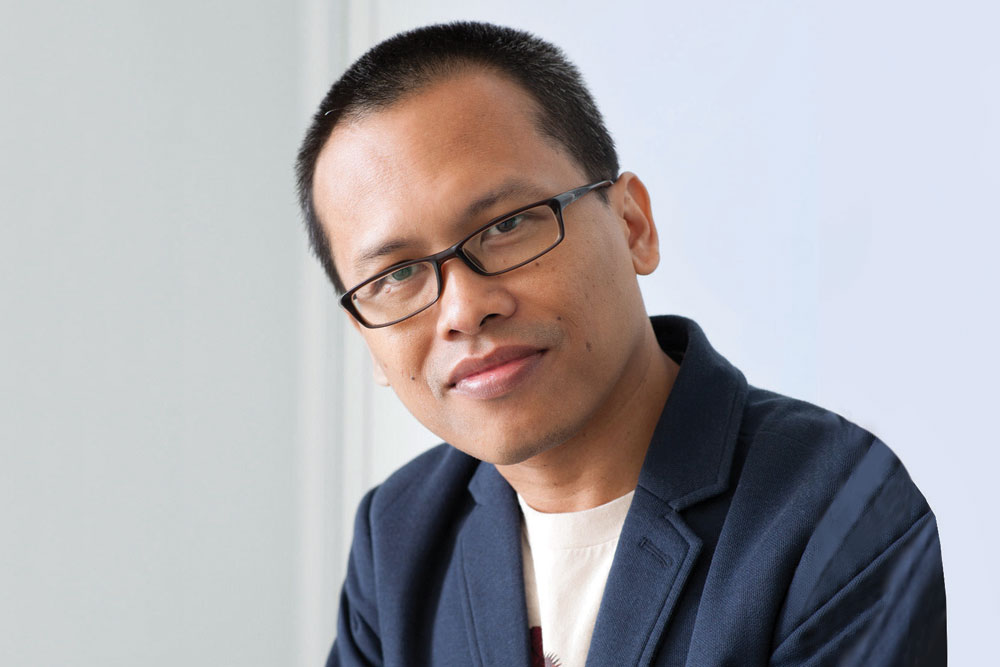 ‘ONE AFTERNOON ON a weekend in March, Dewi Ayu rose from her grave after being dead for twenty-one years.’ The first line of Indonesian writer Eka Kurniawan’s Beauty is a Wound (Speaking Tiger, 470 Pages, Rs 499) sets the mood for the rest of this grand historic tale. Translated into English last year, it combines history and events with myth, magic and hyperbole to create something truly fantastic. Dewi Ayu, a half-Dutch, half-Indonesian woman, renowned for her beauty and her smarts, is the matriarch at the centre of it all. Over the course of the novel, she and her four daughters suffer every kind of outrage. But it is through these ravages and atrocities that Kurniawan throws a blinding light on the genocide of 1965 in Indonesia, the three-decade long despotic rule of Suharto and the greed of colonialism. In an email interview with Open, the 40-year-old author who has been compared with Gabriel García Márquez and Salman Rushdie, discusses the influences of the Mahabharata on his work and the necessity of portraying violence.

Beauty is a Wound was first published in 2002. It has taken more than a decade to reach an English-speaking audience. And has been on the ‘notable books list of 2015’ in The Guardian and The New York Times. How do you react to this attention? What is it like to discuss a book that you wrote a long while ago? Are you the same person?
No, I am not the same person. Over the years, many people (not only abroad, but even in Indonesia, many readers have only recently discovered Beauty is a Wound) have been buzzing about it and asking me questions. I have to look back at what I thought and what I felt when I was writing the novel. I was 25-27 years old at the time. It is not an easy thing. Not because of the time span, which is more than one decade, but because of things that have happened. I have been moving to various other ways of thought. I have written other stories. And I am trying to write my novels to come. However, I have to deal with it. It is not just me. Many other authors have experienced the same thing, I guess.

What is it like to experience the book in English? Is it an out-of-body experience?
I read a lot of literature, especially novels and occasionally, some philosophical books—all in English. I have been doing this since I was a student at the university. I did write in the Indonesian language, which is the most comfortable for my use. It feels natural to read books in English. When I saw my book in English, it was like facing the same version I was used to. I recognised the words. The difference is I found myself there. The feeling is more like catching myself in a foreign entity. This is in stark contrast to the experience of seeing my book in other languages, and other countries, such as in Japan or Germany and Italy, where I do not understand the language. It is a strange feeling to see that.

The folk tradition is evident through this book. What were the stories that you grew up listening to as a child? What are the stories you put your young daughter to sleep to?
I love to listen to folktales, myth, legend; all about the devil and demon. I also enjoy stories of all the brave and quixotic warriors. Every place, every object in the environment of my childhood has a story. I spin a yarn to my daughter about everything she knows: a little lizard on the wall, her pretty dolls, the plane that flies over our roof. I’m making up these stories all the time and she will listen to them till she falls asleep.

As a reader in India, the names of characters like Draupadi and Bhima leap up from the pages. What were your encounters with those myths? How do they influence your writing?
I know the story of Mahabharata through puppet shows and comic books.

It is one of the nursery tales I often heard as a child, and it did influence me, both as a person and a writer. In Java, the story has been modified here and there, but I think its notion and structure are similar to what is known in India. The characters are often not merely regarded as mythological creatures, but even as role models in daily lives.

In fact, Beauty is a Wound was inspired [by a story my mother told me]. She told me about our neighbour who was pregnant and hoped her infant was born as Arjuna. In our everyday life, sometimes reality and myths are mixed and undifferentiated.

I ENJOY STORIES OF ALL THE BRAVE AND QUIXOTIC WARRIORS. EVERY PLACE, EVERY OBJECT IN THE ENVIRONMENT OF MY CHILDHOOD HAS A STORY

When you wrote the book, did you imagine it as a shadow puppet show playing out in front of you?
I imagine myself playing the puppets and talking to the audience. It’s the essential foundation, although it would have been easy to find the effect of a modern novel’s form, especially the picaresque novels (a kind of Don Quixote).

The book opens on a surreal note and it is only on page 41 that a sense of real time and place seeps in for the first time. You combine Indonesia’s turbulent 20th century with magic realism. Why did you choose to weave history with the magical?
As I often say, in the beginning, the intention was to write a ghost story. It’s probably not the eerie-and-creepy-type, but at least it was a novel with some Gothic elements in it. At the same time, I was messing around and wanted to write some historical stories and experiment with other forms. It’s my first novel, and I was striving to finish a novel while there were so many trials. Finally, I decided to combine all of these experiments into a whole novel, and it eventually became a ghost story and a novel with an allusion to the history of Indonesia. All along, it is also a romance and a story of a knight in shining armour.

There is a lot of violence (too much rape) in this book. Is this an attempt to bring to the page what Joshua Oppenheimer’s documentaries— which chronicled the 1965 genocide— brought to the screen?
Before the novel was published in English, there was almost no discussion about all the violence and rape in this book. I did a lot of research while I was writing my novel. I investigated and re-analysed Indonesian history—from what happened in the late colonial period, during the revolution of independence, at the communist massacres in 1965, through the peak of Suharto’s power. It is inevitable to uncover everything; the sequence of events reveals so much violence. I am presenting it in the novel. Indonesian readers might not be surprised by it, since they knew it happened. But I also understand that when the book is published in English, many will think there is so much violence in my novels. And I can say, yes, indeed, there is.

What do his documentaries mean to you?
Oppenheimer’s movie? [The Act of Killing] is a good movie, and presented in a way that is genius. If there are certain things concerning my work… after watching that film, perhaps readers outside Indonesia can understand my novel’s context better.

Beauty—that of women—is of course one of the central issues in this book. For Dewi Ayu, beauty is a power that she wields and withholds. In the case of Princess Rengganis, ‘the whole nation was in ruins, sickness and starvation struck without mercy, and all thanks to that infernal beauty.’ What is beauty to you as an author?
I find beauty in all realities. No matter how embarrassing, painful, or sickening; all reality has beauty in itself. Not everyone is able to face that kind of beauty. Reality, more often than not, can hurt people, but it remains as the reality. The truth always exposes itself.

How do you deal with comparisons to Pramoedya Ananta Toer (whose large canvas novels were banned by Suharto)? Do you think that is largely because most English critics simply don’t know of any other Indonesian writer? Do you think it is a comparison made in ignorance rather than knowledge?
Correct, it’s largely because most English critics haven’t seen the big picture of Indonesian literature. Like I said before, it’s common (or an easy way) to introduce a new writer by comparing him or her to an established one.

Which writers have influenced you? Other than Márquez.
There are two: Abdullah Harahap, a writer of horror fiction and Asmaraman S Kho Ping Hoo, an author of Silat (an Indonesian martial art) novel. After them, I like Chekhov, Cervantes, Dostoyevsky, and Knut Hamsun (although it is difficult to trace their influence in my works).

When did you first glimpse Dewi Ayu? How did you conjure her?

In the midst of the writing process. The earliest draft revolves around the dogs that were bred by Shodancho. But when I began to develop a broader setting, extending from the end of the colonial period up to the peak of Suharto’s power, I needed a character that I could bring into existence. That’s when the idea of a resurrected ghost appeared and slowly, the figure of Dewi Ayu began to emerge.

Why do you paint all the men as ‘womanisers’ and all the women as ‘man-eaters’?
I am influenced by many romance novels. Beauty is a Wound is indeed a love story, although largely, it’s brutal love.

Finally, tell us what you can see from your desk on the outskirts of Jakarta.
From my workplace, which is on the second floor of my house, I see the neighbour’s two-storey house. Next to my neighbour and behind that house, I can see the tops of trees, and some palm trees. Sometimes I see a sparrow perched on an internet network cable, or alighted at the grating. Other times, I can see an aeroplane in the sky. My house is not far from the small airport. If I look down, I can see neighbours’ cars occasionally pass by on our residential street. Small children (including my daughter) play, ride their bikes and skateboard.