Being an Italian son-in-law in India 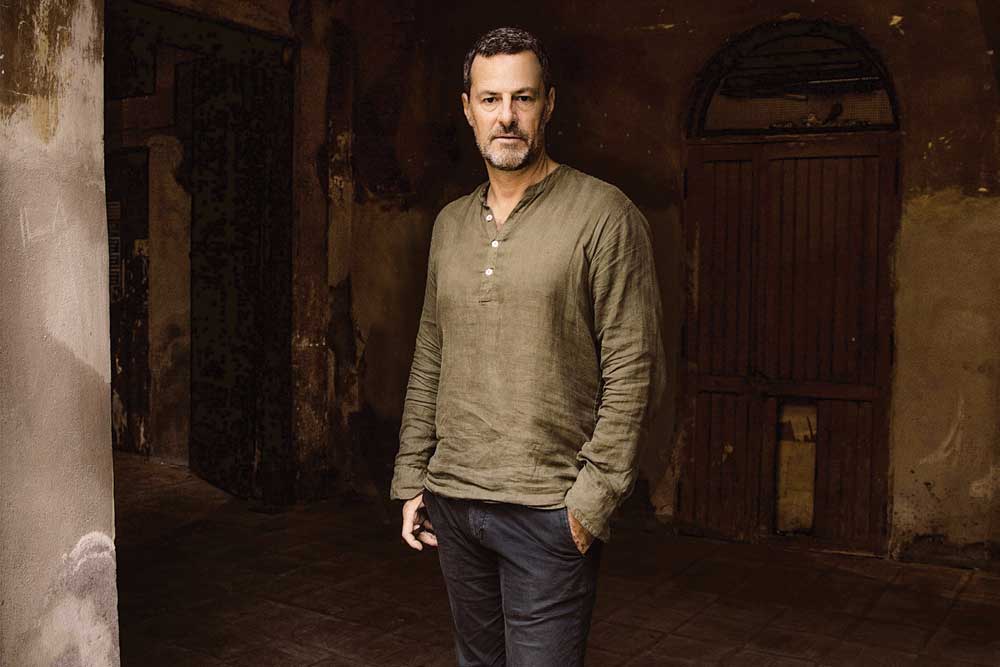 TWO HOURS SOUTH of Chennai lies the coastal village of Paramankeni where the writer Carlo Pizzati resides with his wife, the poet and novelist, Tishani Doshi. The isolated location of their home helps Pizzati write. He says, “The silence, the calm, the clean air, the massaging sound of the waves on the shore and the well-modulated rhythms of life boost the focus on inner dialogue.” Less romantically, he adds, “There’s nothing else to do, so you may as well get on with it and write.”

Because one can be driven “a little loopy” amidst the silence, he’s devised a self-check mechanism—it’s acceptable for him to speak to their dogs, but when he hears them meting out life advice, it’s a sign he needs to head back to the city for a reunion with other humans. The dogs (numerous over the ten years he’s been in India) are supporting characters in Pizzati’s non-fiction book, Mappilai: An Italian Son-in-Law in India (Simon & Schuster; Rs 399; 240 pages), which follows the story of Pizzati’s visit to India, the chance meeting with the woman who would become his wife, and the life he has carved out for himself in Paramankeni. It’s a life organised by simple routines: writing, running on the beach, yoga and dog-sitting.

He rises when the sun appears over the Bay of Bengal, and sets out on a walk or a run with their three dogs. The mornings are locked away for writing, and the afternoons consist of reading, editing, working on articles, lectures or essays. Before sunset, he takes another hour-long walk on the beach. Living with another writer spawns what he refers to as the “writer’s residency effect” where one person’s good writing day forces the other one to “stop whining and get something good on that damned page until it’s Tequila Mockingbird hour.”

The story of their courtship (Tishani forgot that she’d ever met him) and their marriage weaves in and out of the book. He admits “it’s tricky” to write about a loved one, but he’s able to carry out this form of writing so long as the loved one in question is not standing over his shoulder as he writes. He says, “I want to be as honest as possible with readers even if it means ruffling feathers. Czeslaw Milosz famously said that when a writer is born into a family, that family is finished.”

In his first novel, Criminàl, Pizzati “explored the dark side of a difficult relationship” with his father. In Mappillai, he had the fortune of “describing a serene life with the woman” he loves. “It’s not at all easy,” he qualifies, “to write about happiness. I find it more challenging than describing something more widespread, like suffering. But it’s more fun.”

It’s not easy to write about happiness. I find it more challenging than describing something more widespread, like suffering

Pizzati identifies himself as a local to strangers who’d like to take a selfie with him. He offers the reader a glimpse into the world of Italian expatriates in the throes of culture shock—people who are decidedly less enthralled by India than Pizzati himself. His India, or more accurately, his Paramankeni is a place necessarily filtered through the perspective of a man who had already lived a few decades in other countries. The memoir’s emotional register is vast, and sometimes veers close to obvious observations about snakebites, public defecation on the beach, and lawless traffic. But most of the time, it shows a man who goes from believing he’ll never get used to Chennai’s humidity to making a life for himself in its vicinity. He’s enamoured of his adopted home, his in-laws, his life by the sea, and his marriage.

He always knew Mappillai (the Tamil word for son-in-law) would be the title of his memoir. He loves the sound of the word which in Tamil “is pronounced with the elision of a few vowels” and “sounds like a racket hitting a tennis ball: mah-pleh!” The word has myriad associations in Tamil Nadu—it is the title of a series of famous Tamil romantic and action comedy films, the term for a type of a red rice and a type of dhoti, friends sometimes address each other using this word in a way that resembles the use of ‘dude’ in English.

His father taught him Zen meditation and yoga when he was six years old. On the cover of Mappillai, Pizzati can be seen in the lotus yoga pose that he has perfected over years of practice. In 2008, he came to India to practice Ashtanga yoga and to meditate. According to Pizzati, the label ‘yoga-people’ for foreigners who travel to India “in search of a cure for their physical or emotional suffering” is a “well-deserved” one. He finds it “entertaining that some people in India see us for what we often are: sick people looking for a cure.” It’s a world he’s described in his previous book, Technoshamans.

Inevitably, Pizzati’s early understanding of India came through the “politically incorrect eyes” of Rudyard Kipling’s books as well as the TV and film adaptations of Kipling’s “cartoonish India”. In the 1970s and 80s in Italy, “the dreamy vision of Herman Hesse” and the poetry of Rabrindranath Tagore were popular. Thirty kilometres from where Pizzati grew up, a Venetian writer called Emilio Salgari set his adventure stories in South-East Asia and informed Pizzati’s “distorted view” of this part of the world as a young boy. He agrees with Aldous Huxley’s assertion that to travel is to discover that everyone’s wrong about other countries.

Pizzati expects that some people may dismiss unpalatable observations in the book as the biased view of an outsider rather than the insights of a long-term resident. “I try to level with the locals,” he says, “but I remain an outsider.” It’s a state he has come to embrace. “I felt like an outsider in the green valley where I grew up, north of Venice. Ever since I left there, I’ve felt like an outsider everywhere else. I feel like an outsider when I go back to Italy,” he says, “I like it. It inspires me. Nothing wrong with outsiders. We’re the ones who bring new perspectives.”

Translating his first memoir from Italian into English, has been an “enlightening exercise which opened glimpses on the wealth of both languages”. He senses that he’s a bit freer when he writes in English. Italian invites him to “explore the fullness of its amplified sound, indulging in the legacy that begins with Dante. It thrives on intricacies, both in content and form.” English feels “more dynamic, direct, precise. The voice I’ve nurtured in English gives me more room to manoeuvre and brings out more nuances. It feels better suited for memoirs or autofiction”. One of Pizzati’s beliefs on guarding love is to accept that it may end. “One of the major misconceptions of romanticism,” he believes, is the preoccupation with “forever”. It’s a length of time he doesn’t believe exists in human terms. He’s seen his share of relationships eroded by the desire to capture that irrational aim. “Isn’t it wiser,” he asks, “to be aware of the impermanence of things?” It’s a way that is certain to “make you remember how valuable what you have really is, right here, right now, to enjoy it more, and perhaps to salvage it for a longer period.”