The number of allusions to ancient India in the Budget and Economic Survey notwithstanding, if you were not a king, there is really no question any Indian would much rather live in the present financial system 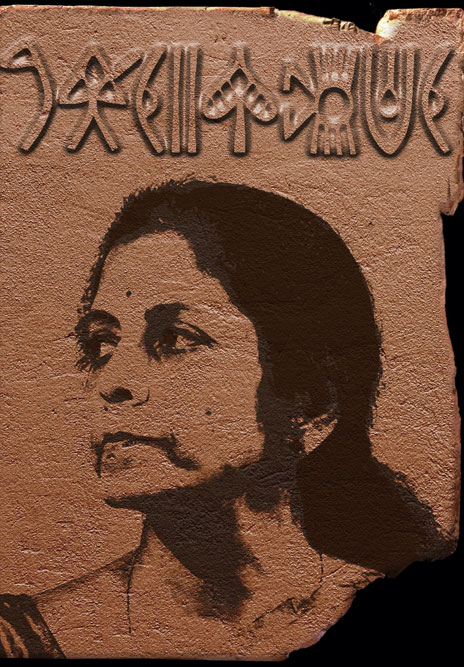 
THE BIG NEWSBREAK IN THE UNION Budget this time was that the Indus Valley script has been deciphered. For some reason, only Finance Minister Nirmala Sitharaman had been told this while the rest of the academic world still struggled hard to make heads or tails out of the etchings. A Tata Institute of Fundamental Research team of researchers that had been working on the Indus Valley script by looking at the seals for over a decade have just about concluded that it is a language. Short of the discovery of a Rosetta Stone that led to ancient Egyptian hieroglyphs being deciphered because the same text was present in other languages already known, the Indus Valley language will never be known in the foreseeable future by the reckoning of most scholars in the field. And yet there was Sitharaman standing in Parliament saying, “The guilds of Saraswati-Sindhu Civilisation and the Harappan seals are remarkable. They belong to 3,300 BCE. Words from the Indus script hieroglyphs have been deciphered. Commerce and trade-related words show how India for a millennia is continuing as rich in skills, metallurgy, trade, etcetera. ‘Takara Kolimi = Tin smithery’, ‘Sreni = Guild,’ ‘Sethi = wholesale merchant’, ‘Poddar = Assayer of metal into treasury’.”

It might however not be an error at all on Sitharaman’s part since the Hindu intellectual right has for long been trying to establish that the Indus Valley Civilisation was the same as the Aryan one, and so the language just had to be similar too. And amateur historians from that camp have claimed to have deciphered the script. The Finance Minister simply used the occasion to pay a homily to Hindutva but even if we leave that political debate aside, the terms she alluded to like ‘sreni’ and ‘sethi’ resonate through ancient India up to modern times. Trade, traders and trade organisations form a bulwark of Indian financial culture.

How would an economy of the Indus Valley Civilisation, that India to which Sitharaman harkens, compare with the Budget that she has just presented? Well, for one there wouldn’t be an income tax. We think of it as a god-given right of government to stake claim to a part of a citizen’s income, but this is a tax that can be traced back to just 1798 in Britain. And in India, it first makes its appearance in 1860, after the British Crown took over the rule of India from the East India Company. Sitharaman’s Budget has no intention of doing away with the tax. Only a few in her party like Subramanian Swamy advocate for removing income tax altogether to propel growth but they remain voices ignored by the establishment.

We have no definite idea how the Indus Valley Civilisation governments raised money for their neatly planned towns precisely because the script has not been deciphered. But that they traded extensively with far-off empires is archaeologically evident, and so there would almost certainly have been duties on import and export, which would have been substantial in its peak. And since it was an urban civilisation, it meant agricultural surplus that found its way to cities to be redistributed. Iravatham Mahadevan, one of the foremost scholars in the field, in one paper ‘Agricultural Terms in the Indus Script’, said: ‘There must have existed administrative machinery to collect the grain as taxes due to the State or offerings to the temples. The grain would have been stored in large granaries for distribution as wages, especially to the army of workers employed in the construction of massive public works like the brick platform at Mohenjodaro, fortifications at Harappa, city drainage systems, irrigation canals etc… It is thus quite likely that Harappan seals and sealings would contain information on agricultural production and distribution. This probable scenario has led me to search for and identify a remarkable set of closely knit signs which appears to refer to crops and sharing of grain.’ Comparing it with hieroglyphs in other cultures and meanings of signs that devolved on later languages of ancient India, he surmises about what some of the ideograms in the seals could mean, like ‘to share’ or ‘crop’.

An agricultural surplus is to a government, whether past or present, like the smell of blood to vampires. Farmers would have had to give up some percentage of their harvest. In his paper, Mahadevan takes symbols in seals that have a cross dividing four groups of two vertical dashes (eight dashes in total signifying one-eighth) and compares it to an Asokan pillar’s inscription, which says that a village in Lumbini was freed of taxes and only had to pay eighth of its produce. He writes, ‘Apparently, the Harappan rate of land revenue at one-eighth share of the produce continued down the ages and was later codified by Manu and was prevalent until at least the Mauryan Age. In later times, the rate of land revenue varied from place to place.’

One-eighth would be 12.5 per cent tax on farm produce. Since farmers then were usually removed from hard currency, they probably paid it in kind, as sheaves of whatever crop they got. There is one big difference from this 12.5 per cent tax of the Harappan age to Sitharaman’s Budget. A farmer now pays exactly zero per cent. Agricultural income in India is exempt from tax and that is a remarkable reversal of world history in which it was this that kept blood running through the veins of kingdoms (the other major sources of revenue were trade and war/pillage).

This Budget had much for farmers except on one count, slipped in between a verse of the Tamil Sangam-era poet Aauvaiyar that Sitharaman said meant, ‘First tend to till one’s land and then eat’. In the Sangam era, farmers were taxed one-sixth, or around 16 per cent, of the produce from their land. The Finance Minister had a list of benefits for farmers—from doubling their income in two years to making them solar power producers on unutilised land—but what was sought to be weaned away along with the dash of Tamil poetry were chemical fertiliser subsidies. Interestingly, a caution against excessive fertilising of land was also there in the Sangam period in verses of the poet Thiruvalluvar. A 2016 paper in the Indian Journal of History of Science, titled ‘Agricultural Practices As Gleaned From the Tamil Literature’, notes with reference to paddy cultivation, ‘Tiruvalluvar highlights the importance of tillage and the avoidance of manure in two couplets: ‘Reduce your soil to that dry state when ounce is quarter-ounce’s weight; without one handful of manure, abundant crop you thus secure.’ ‘To cast manure is better than manure; weed well; to guard is more than watering now.’’

Leaning on ancient India seems to have been the flavour this year in the finance ministry. A day before the Budget, the Economic Survey was released and its very first chapter began with these lines, ‘For more than three-fourths of known economic history, India has been the dominant economic power globally.’ Thiruvalluvar, no doubt because the Finance Minister is from Tamil Nadu, makes an appearance. The Survey goes on to add a little later, ‘While Kautilya’s Arthashastra is given as a canonical example, wealth creation as a worthy human pursuit is recognised by other traditional literature as well. The Thirukural, a treatise on enriching human life written in the form of couplets by Tamil saint and philosopher Thiruvalluvar, asserts in verses 753 of Chapter 76: ‘Wealth, the lamp unfailing, speeds to every land; Dispersing darkness at its lord’s command.’ In verse 759 of the same chapter, which forms the second part of the Thirukural called Porul Paal, or the essence of material wealth, Thiruvalluvar, declares: ‘Make money—there is no weapon sharper than it to sever the pride of your foes.’’ Needless to say, Thirukural advocates wealth creation through ethical means—an aspect that is discussed later in this chapter. Verse 754 in the same chapter avows: ‘[Wealth] yields righteousness and joy, the wealth acquired capably without causing any harm.’ Accompanying all this was a graph that showed that from 1 CE to the 18th century, India and China accounted for almost the whole of the world’s GDP. But that might also be a somewhat fallacious reading of the statistic. There is an argument that the only reason these two countries were economically so dominant was simply because, in a pre-industrial world where the overwhelming majority lived at a basic subsistence level, they were the most populated in the world. The GDP was so huge because there were so many people. Per capita, the rest of the world probably was just as rich or as poor.

From 1 CE to the 18th century, India and China accounted for almost the whole of the world’s GDP

In any case, before the idea of modern socialism and democracy, the resources of nations were focused towards those who ruled, and not its people. By this measure, Mughal India might have been obscenely rich but only for Shah Jahan. The ordinary man who loved his wife didn’t have any money to build a small Taj Mahal of his own. Other wealthy would be the feudal lords under the king, the merchants and the money-lending class. The rest of the country survived dependent on the vagaries of agriculture and monsoons. If wealth creation was lauded, then it was only so that the ruler could get his hands to it. If Nirmala Sitharaman was finance minister to an Indian king anywhere between 1 CE and the 18th century, her responsibility would be to squeeze moneylenders and traders in the event of a war and to coerce farmers into supplying more. If the war was successful, the pillage and tribute would make kings less domestically greedy and people would generally be left alone.

A book that makes this clear is also one that the Economic Survey quotes: the Arthashastra. It lists four main sources of government revenue—from property that it owns, businesses that it owns, taxes and trading. Everything, including wealth creation, is to keep the king on top. The prosperity of his people is not an objective by itself, it is only relevant in so far as control is strengthened. And the state was relentless in making its people contribute to this end. As the Penguin edition of the Arthashastra notes, ‘[Kautilya, the writer of the tome] suggests different sets of methods for collecting additional revenue. Firstly: levying special taxes on all groups within the population; secondly: cultivating an extra summer crop; thirdly: seeking voluntary contributions and selling honours; fourthly: expropriating temple property; and fifthly: using a variety of methods to extract money from the gullible. The last was to be used only against traitors and the wicked and consisted of methods which, to us, appear to be of dubious morality.’ The oft-repeated but rarely followed Modi dictum that government has no business to be in business was never a consideration for Kautilya. From alcohol to prostitution, the state allowed private businesses but also competed against them. It would have made any public sector undertaking (PSU) proponent of the 1970s proud. But the PSU, even a bad one, belongs to and for the people. In the Arthashastra, it is the king who owns it all. He is not bound to pass on anything to his people. Why then should any finance minister or Economic Survey assume that any past glory needs to be recaptured? Flawed as modern Indian democracy and economy may be, it is better than anything the ancient past ever conjured up.