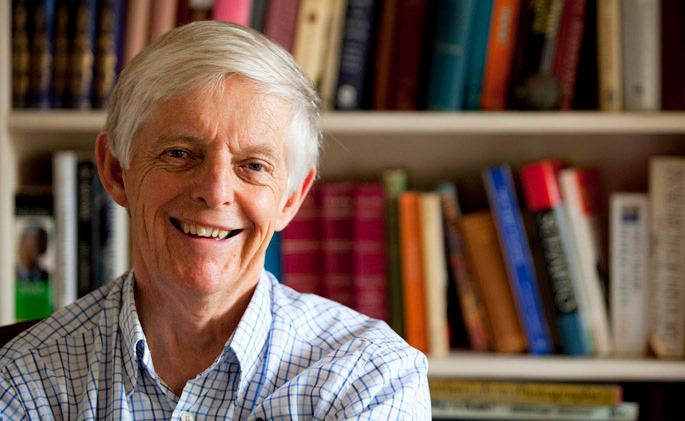 
Professor Robin Bannerman Jeffrey is one of the foremost authorities on Kerala’s development and politics. For decades, he has written about India, from Punjab to Kerala and on subjects as varied as media to mobile phones. Jeffrey, now 75, was born and raised in Canada before he went to England to study and later travelled to countries such as India and Australia to work. He has held key academic positions in Australia and Singapore. Currently visiting research professor, Institute of South Asian Studies, Singapore, he has lived in Kerala for long, struck friendships with scholars and activists, and still speaks and writes in Malayalam. His stellar works on the state include Politics, Women and Well-Being: How Kerala Became a ‘Model’ and The Decline of Nayar Dominance: Society and Politics in Travancore, 1847–1908. Amid contesting claims about the state’s public health prowess after global media showered praise on the ruling Marxist government for its astute COVID-19 response, Jeffrey talks about what makes Kerala an outlier on multiple counts, including its coordinated campaign to contain the viral pandemic. Edited excerpts:

What are the reasons behind the highly successful effort Kerala displayed compared with other Indian states to fight threats posed by disease outbreaks like Nipah in the past and COVID-19 now? How robust is Kerala’s local governance?

Kerala has been the most literate corner of India for a hundred years, and at one point, 50 years ago, its women constituted perhaps half of India’s entire nursing force. Malayalis are more attuned than most people to good medical practices. They’ve been reading health-advice columns in their weekly magazines since the 1950s.

Do you think there is actually a ‘Kerala model’ of development?

There isn’t a ‘Kerala model of development’ in the sense of a package of policies that you could pick up and drop down anywhere from Bolivia to Baluchistan and expect to work.

But there are Kerala lessons. They relate to two things: (i) genuine political competition – rival parties fighting honest elections and having to show their achievements or be defeated; and (ii) literate women in the household and the workforce.

What makes Kerala different from most other Indian states as regards social indices? We all know it was a state that practised acute caste discrimination until the late second half of the 20th century and that the kings of Baroda and Mysore were far more lenient towards their lower-caste subjects than those in what was formerly Kerala. Yet, the state has forged ahead and now offers relatively high equality of opportunity for quality education.

Competition had a lot to do with the way education developed in Kerala. Foreign Christian missionaries were keen to attract converts of any caste; schools were a way of doing that and lower-castes were welcomed. Long-established Christian groups, such as Syrian Christians and Latin Catholics, didn’t want to fall behind. They built schools too. Matrilineal groups, such as Nairs, were willing to let girls go to school and accept salaried women. The first woman appointed to the Supreme Court in 1989 was Muslim and from Kerala. By the 1950s, education of some kind was an expectation among most people.

What is the role that communism played in the making of Kerala as it is now?

In my view, the fact that Kerala has had a two-party system working in an honest electoral system is one of the features that have made Kerala different. One of those parties has managed the transition from old-fashioned Stalinist to a democratic party that believes in a strong role for government. The other party offers alternatives. But they compete, and up till now, they have managed to retain support of significant leaders and large numbers of voters. For me, one of the crucial components of the Kerala story has been not so much communism but competition.