Male and Malevolent in Kerala

Only in Kerala. Where an actor accused in a rape case is feted and protected by a powerful brotherhood in the industry while the victim, a popular heroine of South Indian cinema, supported by a few of her feisty female colleagues, fights alone for justice in the face of rising insensitivity and indifference from the patriarchs of Malayalam cinema 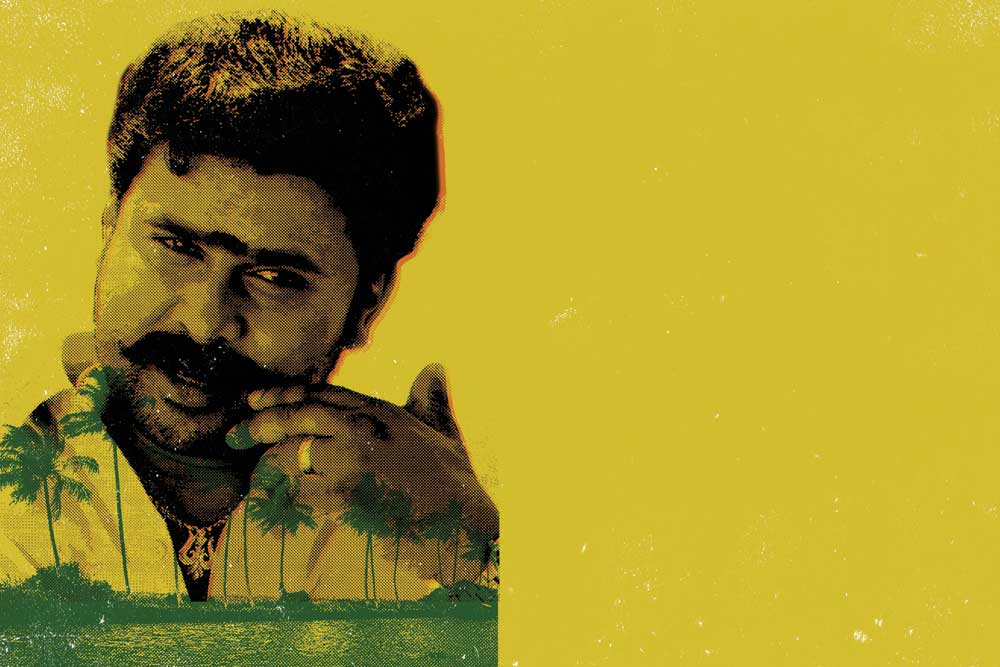 KERALA, MYTHIFIED AS India’s most literate state, has dropped its façade of socio-political correctness, revealing an ugly secret: the regressive mindset of the Malayali male. Dileep, a popular actor facing charges of having planned the abduction and sexual assault of a woman colleague last February, was welcomed back into its fold recently by the Association of Malayalam Movie Artists (AMMA) despite an ongoing trial that landed him behind bars for 85 days before he was let out on bail.

Dileep’s homecoming was celebrated as if it were the return of the prodigal son. While AMMA has always been male dominated, the welcome accorded to the accused star sent shockwaves across the state and beyond. Four of its women members—including the survivor of the assault—quit in protest against the Association headed by Kerala’s most popular film star, Mohanlal.

The ruling CPM, a party that often uses gender equality as part of its ‘progressive’ rhetoric, has not officially come out against the atrocity. What’s more, two MLAs from the Left are in the highest decision-making body of AMMA. One of them, in a leaked WhatsApp message, was quoted as saying the women actors who resigned from AMMA were ‘perennial trouble makers’, insinuating that they had used the episode to unfairly portray it as a male chauvinist club and ought to be ignored.

Undeterred by veiled threats of excommunication from the industry, Rima Kallingal, Remya Nambeesan, Geethu Mohandas and Parvathy went public with their protest, flaying the prevalent misogyny in Malayalam cinema through media columns and interviews. A women’s news and features website, Theladiesfinger. com, carried a report on a star-night event organised by AMMA to highlight what it called ‘a profound lack of good taste, cultural sophistication and imagination’ among ‘a range of popular actors’— mostly elderly men in ghastly makeup who had performed a skit that ‘glorified their status as male superstars, using women actors as stage props’. This piece was followed by another performance that ridiculed the Women in Cinema Collective, a group that was formed to represent the interests of women in the industry after the February 2017 attack of which Dileep stands accused as the main conspirator.

Many news outlets ran actor Rima Kallingal’s assessment of the industry’s rampant sexism, characterised not just by the so- called ‘casting couch’, but also an atmosphere in which men resort to casual molestation as a privilege of power. The other women actors were also outspoken about the impunity with which men conduct themselves. The Network of Women in Media, India (NWMI), also issued a statement against Dileep’s reinstatement, demanding that the Association ensure the survivor’s safety and comfort in the film industry.

Hundreds of men and women who work in Malayalam cinema chose not to speak out in fear of losing opportunities. They are reportedly afraid of the power of Dileep, a former mimicry artist who is said to control a powerful clique in the industry that includes directors, producers and actors who are important in AMMA and the Film Employees Federation of Kerala (FEFKA), a parallel organisation. Getting on to their unofficial blacklist could doom anyone’s career regardless of talent.

Many workers in Malayalam cinema are reportedly afraid of Dileep, who is said to control a powerful clique in the industry

Among those who suffered from such a ‘ban’ was the legendary Malayalam actor Thilakan, who once described Dileep as ‘potent poison’ in a letter to Mohanlal. Thilakan died a man isolated and dejected. For a prolonged period, no one was willing to cast Thilakan in a role. He too had aired his objection to a ‘cartel’ in control of AMMA and found himself at its receiving end at a time when it was headed by Innocent, an actor who joined politics as an independent and is now a Lok Sabha member elected with CPM support.

In an industry that boasts about films of a higher artistic quotient, the gender insensitivity of its male stars is finally being exposed by a group of young, vocal, well-educated and independent women actors. The outcry over Dileep’s rehabilitation is unprecedented, and it appears to have made him declare that he will not play an active role in any Malayalam cinema organisation until he is cleared of all charges.

Mohanlal, away in London, has taken to social media to say that AMMA is ready to ‘look into’ the issues raised by its women members.

THE SEXUAL INSENSITIVITY goes beyond films. Kerala’s ruling CPM-led Left Democratic Front has the most to lose. Its leaders and activists have refused to stand by the victims. Criticism of AMMA was aired at a CPM State Secretariat meeting for taking back Dileep, but it also gave a clean chit to Innocent, who’d had an 18-year tenure at the top of the Association. It also sought no explanation from its party MLA and actor Mukesh, nor from KB Ganesh Kumar, whose party is part of Kerala’s ruling coalition led by CPM’s Pinarayi Vijayan, for their support to Dileep’s return to AMMA.

In another statement, the NWMI directed its protest at the state’s LDF government, saying: ‘NWMI feels let down by the CPM, for its lack of moral, social and political accountability for the gender-insensitive statements and actions of its two MLAs and one MP, who are decision makers in AMMA.’ The organisation added, ‘It is a grave situation that the film industry in India’s most literate state is apparently completely unaware of the provisions of the Sexual Harassment of Women at Workplace (Prevention, Prohibition and Redressal Act, 2013). Further, Mukesh, the vice president of AMMA, is also the CPM MLA from Kollam. We demand that as an elected representative who is duty bound to uphold the law, he asks AMMA to withdraw its decision to reinstate the man until his name has been legally cleared. Other members of AMMA too hold important positions of office, like actor Innocent who is an MP, and actor Ganesh Kumar, who is an MLA.’

Speaking in Malappuram, Brinda Karat—the first woman member of the CPM’s Politburo—said that AMMA should not become a collective of male chauvinists. She acknowledged that the Association’s stand on Dileep had shamed Kerala, which in her words had “emerged as a role model in nurturing democratic values and a progressive outlook”. Karat stopped short of blaming party representatives for AMMA’s ills.

Not just in social justice, the CPM is losing ground on gender justice too.

Beyond gender insensitivity, the CPM has a record of neglecting critical issues like environmental awareness.

In the late 70s and early 80s, for example, the party’s position on a large hydro-electric dam proposed in the rainforests of the Silent Valley region in the Palakkad-Wyanad regions of Kerala, a habitat for hundreds of unique species of flora and fauna, was a glaring instance of ecological indifference in the garb of development.

A movement to save the green belt was led by the Kerala Shastra Sahitya Parishad (KSSP), an organisation of communist fellow travellers. In 1976, a World Wildlife Fund report advised against the project, cautioning that it would result in the destruction of ‘the richest expression of life that has evolved on this planet’. The mass agitation organised then by the KSSP was led by renowned environmentalists, including the ornithologist Dr Salim Ali. It was only in 1980, after a prolonged struggle led by the KSSP, that the state government relented on the project. Three years later, the then Prime Minister Indira Gandhi scrapped the proposal and asked instead for the establishment of Silent Valley Park, India’s first ecological reserve. Today, its Kuntipuzha river serves as a valuable source of water even in drought years.

The KSSP had never been anti-development. Yet, the CPM tried to portray the fight over Silent Valley as a ‘Man versus Monkey’ one. Its failure there should have been a lesson in progressive thinking, or at least in respecting people’s movements, for a party that claims to champion such values. The party’s response to Dileep’s return to AMMA, however, suggests that Kerala’s communists are very slow learners. Isn’t phallic symbolism ingrained in Marxism? It verges on the vulgar in Kerala’s popular culture and politics.