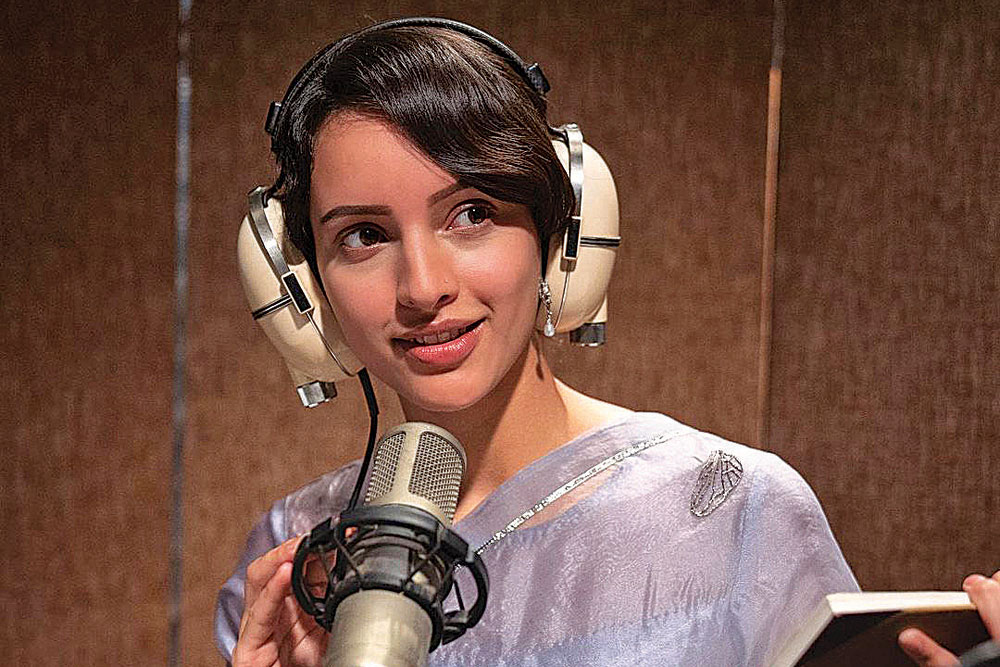 Talent vs mediocrity, a divine gift vs diligence, genius vs persistence. It’s a subject rich with possibilities and creativity. Anvitaa Dutt, who made the sumptuously terrifying Bulbbul in 2020, has crafted an exquisite movie, which deals with the rivalry between a voice touched by god and another that is good, but not prodigiously so. A former courtesan (played with stoic grace by Swastika Mukherjee) gives up her sing­ing for a life of respectability by marrying a singer. Her daughter, Qala (Tripti Dimri) alternately radiant and wrathful, tries hard but can never please her exacting mother. Enter Jagan (a tragic Babil Khan, son of the late Irrfan), whose voice is magical. Qala’s jealousy knows no bounds. Set in 1940s Kolkata, when New Theatres was creating history, Qala is an amalgamation of art, mu­sic and fashion. The film sees superb cameos from Dutt’s friends, from lyricist Varun Grover to costume designer Veera Kapur Ee, all a tip of the hat to men and women who existed then. After a particularly humiliat­ing sexual encounter, Qala asks when things will change. Grover replies: Daur badlega. Daur ki yeh purani aadat hai (Times will change. It is what time does). It hasn’t quite, when it comes to sexual exploitation and the silence around it, but movies like Qala keep the music and aesthetics alive. The New Theatres’ motto was ‘Jivatang Jyotiretu Chhayam’ (‘light infuses shadows with life’) and Qala does precisely that, reaching the darkest corners with beauty and grace. And the music by Amit Trivedi is outstanding, including Ud Jayega, an ode to the poet Kabir.

Why watch it: For a perfectly crafted throwback in time, with fine music and great production values


It isn’t every day a gas station attendant in California becomes the owner of a woman’s strip club, which becomes part of pop culture. From the murder-suicide of co-founder Paul Snider and his wife Dorothy Stratten, to the choreographed dancing that led to the Magic Mike movie franchise, Chippendales was Somen aka Steve Banerjee’s dream, and emblematic of the excessive ’80s. Comedian Kumail Nanjiani plays Banerjee but the showstopper is Australian Murray Bartlett, the breakout star of The White Lotus. He plays the Emmy-winning choreographer Nick de Noia who gives the strip shows class and pizzazz. “You have to be like a giant tongue licking the wall,” says Bartlett showing the male dancers how it’s done. De Noia was murdered by a hitman hired by Banerjee’s accomplice. Banerjee himself died by suicide in 1994 while awaiting final sentencing.

Why watch it: For Murray Bartlett’s operatic performance