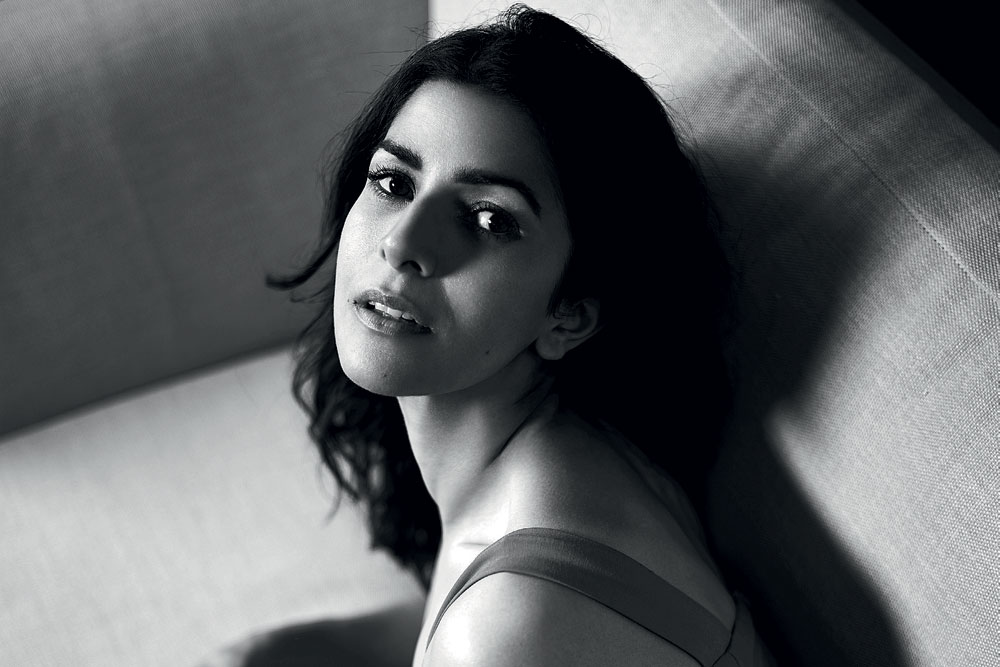 WHEN ALEX GANSA, the writer of Showtime’s popular espionage drama, Homeland, asked actor Nimrat Kaur what second dimension she would like to give to her character, Tasneem Qureshi, Director-General of ISI, she didn’t hesitate for a minute. She gave Tasneem, a character she first played in Season 4 who was then an ISI operative and went toe to toe with the lead Carrie Mathison (played by Claire Danes), a stepfather. As a former general of the Pakistan Army, Bunny Latif, actor Art Malik sinks his teeth into the part, denouncing those who don’t believe in the Prophet with a wince and a grimace. “I didn’t think she would be made vulnerable by having a husband, or lover, or children,” says Kaur, 37, about her tough-as-nails Pakistani superspy. “Bunny Latif has hung up his boots but a tiger doesn’t change his stripes, does he?”

Clad in a Benazir Bhutto-like dupatta and smart long kurtas and pants, Kaur cuts a mostly unsmiling figure in Homeland’s eighth and final season. She is pitched directly against her father’s old friend turned foe, CIA spy turned National Security Adviser, Saul Berenson (played by the venerable Mandy Patinkin), as well as Haissam Haqqani, head of the Taliban who wants peace. Homeland has always been eerily prescient about American misadventures abroad, and in yet another coincidence, its superb research places Carrie, Saul and Tasneem back in Afghanistan and Pakistan as the American President prepares to sign peace talks with the Taliban—fiction trumping reality, anyone?

Kaur, who is back to her evil ways of sabotaging peace, ensures she places enough obstacles in Saul’s way, even as Carrie battles suspicion of being turned in by the Russians. It’s all the Cold War players back in the game, albeit in the 21st century, with a much more dangerous Kabul and more unstable Pakistan. Kaur was understandably delighted and surprised when she was asked, on a trip to Los Angeles in September 2018, whether she would be up to reprising Tasneem. She said yes, and eight months of 2019 were spent mostly in Casablanca, Rabat and Marrakesh, in Morocco, playing a role that has always gotten her rave reviews.

Kaur is no stranger to the casualties of war. She lost her soldier father to an attack by the Hizbul Mujahideen in Kashmir. She spent her childhood changing schools and cities seven times, which could be considered preparation for an itinerant career that has often taken her abroad whether it was the months away to play Tasneem in Homeland’s Season 4 or the five months in Vancouver to play architect Rebecca Yedlin in the M Night Shyamalan produced series Wayward Pines.

But what brought her to the attention of the world was her breakout role in Ritesh Batra’s The Lunchbox (2013). Playing Ila, a neglected homemaker, she forms an unlikely relationship through a misplaced dabba lunch with a lonely widower, played by Irrfan Khan. If Irrfan’s eyes, which carry a world of pain, won critics around the globe, Kaur’s unvarnished freshness (down to deliberately unthreaded eyebrows) got her noticed immediately. It has won her a career that has been equal parts international and domestic.

Equally, it has kept audiences eager to see more of her. Kaur laughs about not doing enough work, saying that she tries her best but her commitments just take too long to fructify. Manav Kaul, actor and director, worked with her early on, directing her in two plays Red Sparrow and Haath Kya Aaya?. He is happy she hasn’t fallen into the trap of working all the time. “When she commits to a project, she does so wholeheartedly. On my plays, she designed the sets and the costumes, not only for herself but also for others. She brings energy, light and fun to the part.”

She also combines earthiness and a certain old world glamour, notes Raja Menon, her director in Airlift (2016). She has displayed both in ample measure in the work she has done, whether it was Amrita in Airlift (a name she chose for her role) or the rigorously trained commando, Captain Shikha Sharma, in The Test Case (2017). Mumbai has been her home since she began acting, first in theatre, then in cinema, but she goes where her work takes her. “I miss the comforts of home. It is isolating but people embrace you in their lives, fully aware that you’re far away from home. You find your tribe, and attract the right kind of energies. Living out of hotel rooms can be tough especially when it is not entirely safe after a certain hour.”

She has the problems of all working actors, which she calls “good problems”. It’s a choice between going where the wind takes you or weighing your options. Often decisions have to be taken very quickly with projects getting off the ground instantly, while sometimes projects take time. “I love working in India and yet can’t pass up on the opportunities abroad. Kaur is justifiably proud of Homeland, a show whose narrative has consistently mirrored reality, and among whose fans is former US President Barack Obama. “The writers have a great pulse on the US-Afghanistan-Pakistan relationship,” says Kaur. Indeed, Homeland shows the arc of the relationship between Pakistan and America, where they have gone from being allies to frenemies, and Taliban and America, where the arc is perhaps the opposite. Homeland comes right at the end of the long war without end in what Haqqani calls “my unlucky country”. To his son, the only surviving of his four, who has been led to believe by the ISI that there will one day be an Islamic Emirate of Afghanistan, he says: “The West won’t allow it. We are just strong enough never to lose and just weak enough never to win.”

As Trump looks to completing the US withdrawal from Afghanistan, what will Homeland’s fictional president Ralph Warner do? As Homeland’s final season unfolds, Kaur’s Tasneem holds the key. And she isn’t telling. “If I tell you then I will have to kill you,” she says. Spoken like her Homeland alter ego.