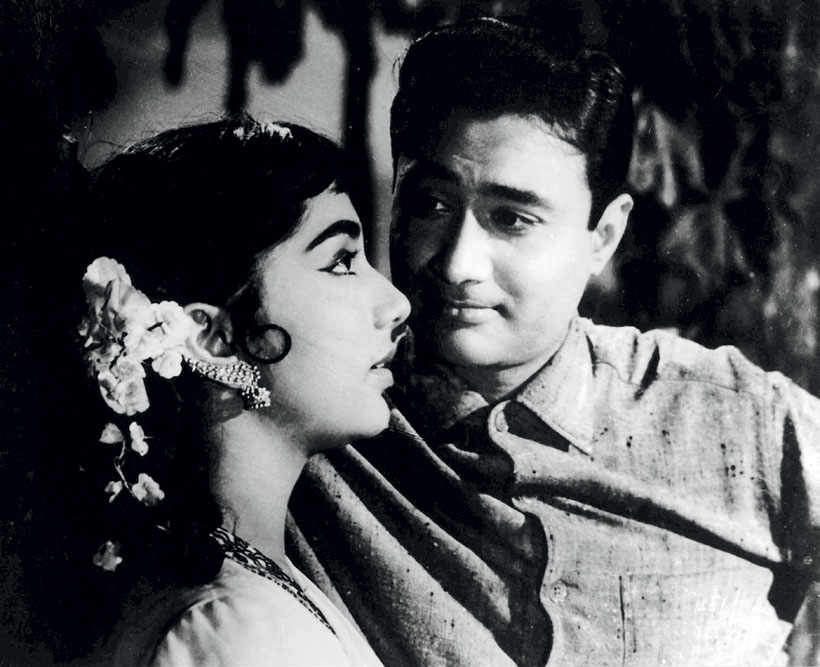 
WE’VE JUST SAID goodbye to one of the worst years most of us recall. There were also sad goodbyes, leaving only memories. I hope this year will be one where the goodbyes aren’t sad but bring the promise of happy returns.

In the Indian languages I know, people don’t say they are ‘going’, but rather are ‘coming (back)’, a message of promise for a happy future. I’ve just learnt (in this week’s lesson on Bengali kinship) to say, ‘Mashima, ashi, kemon? (Auntie, I’m going now, OK?)’, just as one says ‘Main abhi aati hoon (I’ll be right back)’ in Hindi.

These are subtle things one has to be told when learning a language. Sir Elijah Impey, in his Memoirs (1846), writes that one of the many versions of songs from Varanasi about Warren Hastings was ‘Hatee pur houda! ghora pur zeen, Juldee jao, juldee jao, Warren Hasteen!’ (I’ve also read versions where the horse has the howdah and the elephant the saddle). Macaulay interpreted it as praise, ‘Go swiftly!’ whereas it’s an insult, meaning ‘Run away, Warren Hastings!’

When I was a student, we didn’t learn conversation in ‘classical’ languages, but spoken Sanskrit has been much revived in recent years. From what I know, one promises to see the addressee again soon, a punardarshan, or other expressions promising return. Many European languages do this too: French (Au revoir) or German (Auf Wiedersehen).

Others say ‘take care’, so Greek erroso or eutukei (be well, be prosperous). Latin’s ‘hail’ (ave) and ‘farewell’ (vale) are used in a famous poem by Catullus, addressed to his late brother, ‘Ave atque vale’.

Many greetings are the same for coming and going, such as the Italian ciao, or in many north Indian languages, paying respects with namaste or using the name of God, so ‘Ram Ram’ or ‘Jai Shri Krishna’.

‘Jai Shri Ram’ has become politicised for some, while formal forms used by Muslims, such as alvida and Khuda hafiz, have often been replaced by Allah hafiz.

In English, ‘goodbye’ wishes the other well, literally ‘God be with you’, but no mention of which God. And ‘farewell’ is a bit quaint nowadays. So ‘bye’, and regional variants ‘tata’, ‘tara’ and other older forms, ‘cheerio’, ‘toodlepip’, ‘pippip’, ‘so long’ exist.

Sometimes there is a taboo on saying goodbye, as Peter Pan puts it, ‘Never say goodbye because goodbye means going away, and going away means forgetting,’ as does the famous song, then film, says Kabhi Alvida Naa Kehna.

There are many songs about goodbyes, mostly sad, though sometimes they are to raise the spirits, perhaps when ‘Wish me luck as you wave me goodbye’, the Gracie Fields song in Mera Naam Joker (1970) or ‘It’s a long way to Tipperary’, played by a band in Pather Panchali (1955).


There are many fun songs, without the pain of separation, where the lover asks the beloved not to go, ‘Abhi na jaao chhodkar, ke dil abhi bhara nahi / don’t go yet as my heart isn’t yet satiated’ (Hum Dono, 1961)

Many cheerful Hindi film songs which say goodbye, if not exactly cheerful, are at least full of promise, of a future not an end of something in the past.

When the bride leaves her wedding to go to her husband’s house is a time to cry, at least traditionally. One of the most famous and beautiful examples is Shakuntala’s farewell to the hermitage forest in Kalidasa’s play. It is all the sadder as we know that she is leaving her world behind—her (adopted) father, her friends, and the plants and trees which are her friends and family—to go to her husband but we know she has been cursed that he won’t remember her.

The film songs sing of the bride leaving the happiness she enjoyed in her father’s house but in a film, at least, there is a promise of a happy life ahead. There is a whole genre of these songs but most of my favourites are the old ones.

Some are too sad, such as, ‘Chhod babul ka ghar’ from Babul (1950) as Bela never gets to marry her beloved; nor does Paro who cries as the Bauls sing ‘Saajan ki ho gayi’ (not a farewell song but about a woman wanting to leave her parents’ home for her beloved) as she doesn’t marry Devdas (Devdas, 1957).

But although Mother India (1957) is not a happy film (spoiler alert: getting to inaugurate a dam is not much compensation for losing your husband, having to kill your son and abandoning your home), the song which begins the early part of the story is ‘Pi ke ghar aaj pyaari dulhaniya chali’), where a beautiful young Nargis sets off but we know the wedding has mortgaged the family to the moneylender, so its sadness is not just about her parents but about the life we know she will live, as her beauty, hard work and love are not enough to save her family.

In Saraswatichandra (1968), Kumud sings ‘Main to bhool chali babul ka des’ about how happy she is at her in-laws, but in the film, her husband drives her out of his house, even though his entire family want her to stay. Nevertheless, it allows her to meet her beloved Saraswatichandra again, even though she has to ask him to marry her sister as she is a widow.

Even though there is weeping in ‘Babul jo tumne sikhaya’ in Hum Aapke Hain Koun..! (1994), it is quite a happy song though not as lively as the wedding song, ‘Banno tera swagger’ in Tanu Weds Manu Returns (2015), all the fun of a wedding and none of the sadness of the goodbye song.

The UK said goodbye to the European Union finally at the end of 2020. My husband has joined many others of Irish descent in a hello to the EU, by becoming an Irish and, hence, EU citizen. The Irish are known for their eloquence and no one says goodbye like them, invoking the wind, the sun and the rain:

May the road rise up to meet you,
may the wind be ever at your back.
May the sun shine warm upon your face
and the rain fall softly on your fields.
And until we meet again,
may God hold you in the hollow of his hand.

Wishing all readers a very happy goodbye to 2020 and to the coronavirus.