By the end of the film, you ask the question - what on earth were the makers of this movie smoking? 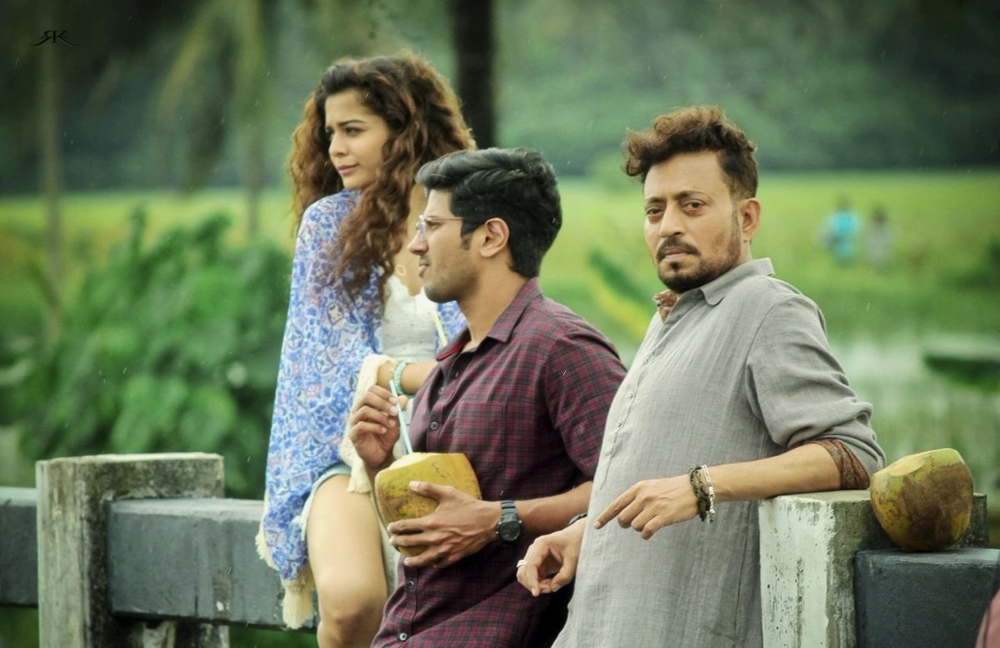 There isn’t much in this film to chew the cud on. It has a one line plot about the mix up of corpses in coffins by a courier company. Avinash (Dulquer Salmaan) doesn’t like his Dad because he pushed him into a ‘dependable’ career in IT, when all he wanted to be is a photographer. They are hardly on talking terms when he gets a cryptic phone call asking him to pick up his ‘consignment’ – his Dad, who has died in a bus accident up in the hills.

But the coffin turns out to contain an elderly lady, so he figures out that someone’s Mom has been sent to him, and his Dad has been sent down South. Non committal as the monosyllabic IT guy in the next cubicle, he kind of goes – damn with these inefficient courier companies; oh well, time for me to return the Mom and fetch my Dad. It is as if the director of this film is making an abstract animation film and hasn’t quite finished drawing the tragic face of Avinash. So, instead, he creates an emoji for ‘sad’.

This turns the movie into a detached, apathetic experience. It is a remote, other worldly cruise, commonly known as a bad road trip. In the same weird way he reacts to his father’s death, Avinash picks up fellow passengers on this faux spiritual journey across South India. One is Shaukat (Irrfan Khan), a friend who owns a van for the coffin to be transported in. There is no background provided to their relationship, and nothing to tell you about how an IT guy is friends with a semi literate fellow who makes the most embarrassingly crude and prejudiced comments on foreigners, on women wearing shorts, on people using swimming pools, on men and women drinking together and, in general, on the westernisation of India.

Later on the trip, Shaukat makes friends with a doddering old Shehnai player, and eyes a young woman in a burqa whom he presumes to be the old man’s daughter. Since Irrfan Khan has perfect comic timing, he makes the whole scenario look hilarious, when it might actually appear quite offensive to some.

Nothing is politically correct in this movie, and while the lady in the coffin is being delivered to her complicated destination, her grand-daughter (Mithila Palkar) accompanies the road show. She is of the ‘I, me, mine’ generation, and says that her late lamented granny was even more cool than her good self. With the old bird’s corpse decomposing in the van, she is offered a few shots of alcohol by the ex-groom in a wedding party, and accepts graciously.

Still later, the stinking coffin gets hijacked by goons, but nobody in the film is unduly concerned about it. By the end of the film, you have enjoyed the scenery, laughed at Irrfan and his PJs, and ask the question on the tip of your tongue – what on earth were the makers of this movie smoking?