Not very long ago, Vidya Balan was overweight and old-fashioned. But somehow, she returned from the verge of self-destruction stronger and hotter. 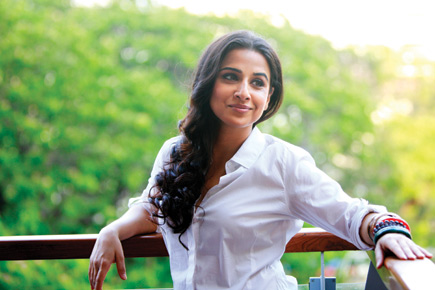 How Vidya Balan returned from the verge of self-destruction stronger and hotter.


When Vidya Balan recently won the Best Actress trophy at the Filmfare Awards, she went onstage and demurely said, “I never thought that motherhood would be so rewarding.” In her heart, she felt like a 13-year-old. Like one who had “just met her crush for the first time”, Vidya says, legs tucked beneath a voluminous cotton kurta, small hands cradling her cup of ginger tea.

Vidya won the award for her heartbreaking performance as Auro’s maa in Paa, but what she remembers most of that evening was the look of vindication in her own paa’s eyes. The actress says her father, PR Balan, who works as a senior executive at a TV channel, was crushed when Vidya went home empty-handed two years ago for Bhool Bhulaiyaa. You still remember how the actress looked in that final performance as the delusional Avni. Her hair dishevelled, murderous eyes heavily done up, she was growling in that other-worldly voice. She went out on a limb in the melodramatic psycho-thriller. In the end, she lost to a garrulous juggernaut named Geet from Jab We Met, played blithely by Kareena Kapoor. “I couldn’t understand how they didn’t even nominate me at some awards,” says Vidya, still sounding bewildered. “I was going through a rough patch. Even though winning wasn’t on top of my priorities, not being acknowledged only added to what I was going through.”

It was difficult being Vidya Balan a couple of years ago. Despite a slew of important films in 2007—Eklavya, Heyy Baby, Salaam-e-Ishq, Bhool Bhulaiyaa and Guru—Vidya gathered bad press for her fashion faux pas, her rumoured flings (with Sanjay Dutt, John Abraham, Shahid Kapur and even her mentor and Parineeta director Pradeep Sarkar), and her tendency to tilt the weighing scales. In 2008, she had two releases in the dreary Halla Bol and haphazard Kismat Konnection, both of which did little for her image.

But last year, she flipped her career around with Paa. The 10-film-old Vidya held her own, even in scenes where she bonded with the 180-film-old Amitabh Bachchan. She followed that up with Ishqiya (her on-screen kiss with Arshad Warsi has struck up more than 112,000 views on YouTube over a month), where she built up tension even while pointing a gun at two over-familiar felons or viciously hacking at firewood with a sickle.

Does Vidya Balan belong to that rare breed of fearless actresses? After all, to play mother to a 13-year-old is viewed as career suicide in the Hindi film industry. “I loved the idea,” she says of the time when director R Balki first offered her Paa, “but I deliberated forever. Not only was I playing a mother to a 13-year-old boy, but [to a boy] played by Amitabh Bachchan. I felt that that would be underlined for life. I didn’t have one maternal bone in my body, yet Balki had the conviction it would work. Today, I can sense how I’ve grown as an actor.”

It wasn’t easy. Vidya admits that she sits on scripts until she’s happy with her role, and both Paa and Ishqiya were unconventional Hindi films. She dithered even more, listening to “unsolicited advice” from film industry folk. Yet, those close to Vidya pointed out that if she claimed she wanted to do good cinema, she needed to put her money where her mouth was. Tell her that film gossips snicker that she’s stuck in a mom’s role and she shrugs it off, saying, “They have myopic vision. A film like Paa can never be limiting.”

We’re at her new Khar home—a swanky apartment furnished with dark wood, cane sofas and antique trunks. She says she misses the Mumbai suburb Chembur, where she spent nearly 30 years growing up.

Speaking to her, you sense that Vidya still feels like a misfit with the ways of the industry, even though she debuted with Parineeta in 2005. “I share warmth with the directors and actors when I’m on set,” she says, “But friendships here are difficult to sustain. The friends I’ve grown up with are my 4 am ones. I’m not looking to build long-lasting friendships here.” It’s a far cry from many actresses who claim make-up artistes, stylists, managers and publicists as their closest pals.

I first met Vidya through a common friend, when she was modelling for commercials and doing music videos, and at one party in 2002, we swapped notes about our shared Kerala hometown, Palakkad. Over the years, we kept a professional distance, barely interacting with each other, and she has taken my criticism on the chin.

Though Vidya’s life has changed after some blockbusters, she still has no airs. Her straightforward, friendly nature and middle-class upbringing are perhaps the reasons she couldn’t fathom the ferocity with which the media attacked her fashion sense. When once again she was pulled up for her terrible clothes in 2007’s Heyy Baby, she passed the buck on to the film’s designer, Manish Malhotra, who famously lashed out at her: “All I can say is that I am sorry to do this to a huge star like Vidya Balan, India’s answer to Paris Hilton with her impeccable dress sense, fabulous carriage and great knowledge of style.” Today, Vidya puts down the see-sawing weight and wardrobe choices to complacency. “I can’t blame anyone else. There was suddenly all this criticism coming at me and I didn’t take it well. I had a mirror. I just chose not to look into it. That’s my fault,” she says.

There was worse in November last year when Mumbai Mirror carried an interview of hers implying that her alleged relationship with Shahid Kapur had an effect on her weight and choice of clothes. She was quoted as saying: “If someone who matters to you talks you down, it can break you. That someone whose approval mattered to me started to constantly find fault. It started reflecting on me. At that point of time, it was important to walk away from that relationship.”

The article gave a less-than-flattering impression about Vidya’s ‘loneliness’. She smiles and says that the most reassuring part was hearing from her friends that the interview didn’t sound like her at all. “When I read it, I was taken aback,” she says, “There are things you say that are left open for interpretation by the writer, but I can’t hold a gun to someone’s head and demand why he wrote that. I felt victimised. I couldn’t understand why some people sit in judgement of me. Now, I don’t care.”

Vidya sounds less rebellious now, more calm and confident. Her transformation, she puts down to her family’s love and an unshakeable spiritual leaning. And she’s been getting less flak since she became partial to designer Sabyasachi Banerjee, and rediscovered her love for the sari. At public events, she’s seen wearing flowing Anarkali designs or the nine-yarder with long-sleeved blouses. At the Filmfare Awards, a night when actresses walk the red carpet in their most glamorous and revealing, Vidya took centrestage in an orange translucent sari and a huge rudraksh necklace. Why was the Best Actress dressed like a sanyasan? She laughs with delight, “It was a jogiya orange sari and I loved the neckpiece. I don’t care what defines a Hindi film heroine. It’s so boring to do what’s expected of you. I like the length of my blouse sleeves. I don’t want to toe the line. If people have a problem with that, frankly, I don’t care. This is how Vidya Balan dresses.”

Vidya is believed to have turned down Billu Barber and Housefull, while other actresses would have jumped at the chance to work in a Shah Rukh Khan production or an Akshay Kumar starrer. Instead, she’s doing a smaller film with Rani Mukherjee, a thriller helmed by Aamir director Rajkumar Gupta called No One Killed Jessica, loosely based on the Jessica Lal murder, where Vidya is playing a character modelled on Jessica’s sister, Sabrina. Even after her revival with films like Paa and Ishqiya, the actress has signed only one film and is still mulling over other offers. 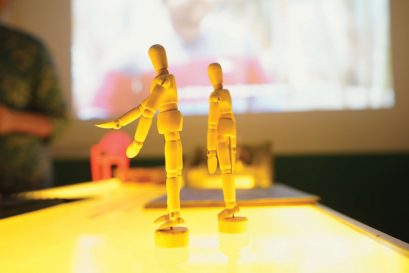