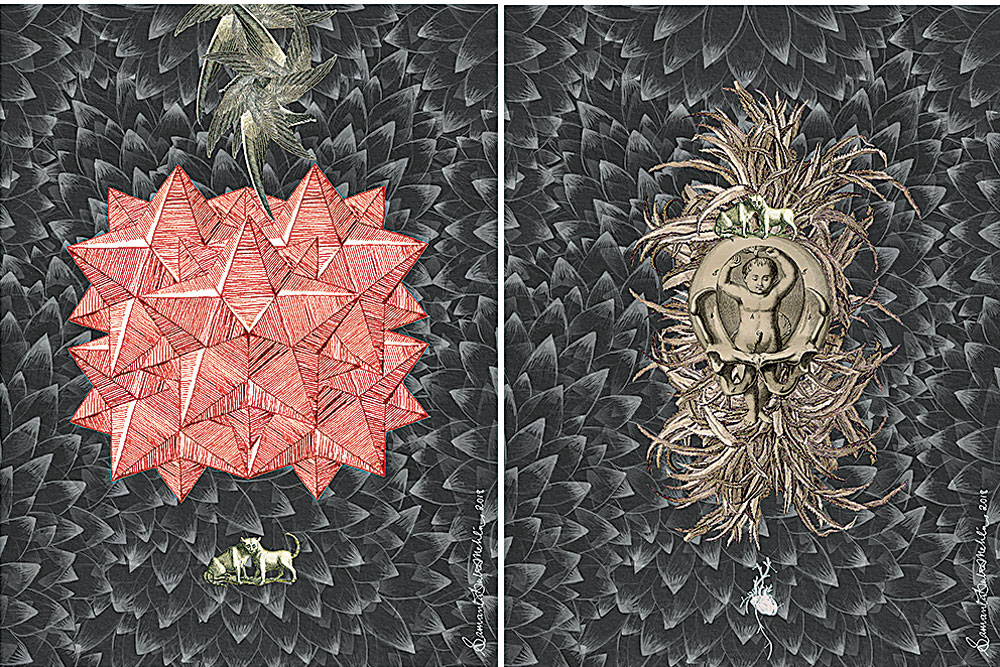 The Museum of My Mind by Samanta Batra


SEVEN ART GALLERIES in the capital that aren’t known for attending each other’s opening nights will soon collectively unveil the third edition of the Delhi Contemporary Art Week (DCAW) 2019. The returning galleries include Vadehra Art Gallery, Blueprint 12, Gallery Espace, Exhibit 320, Latitude 28, Nature Morte, and Shrine Empire. The mini art fair will offer enthusiasts, collectors and critics the chance to catch up on the participating galleries’ most recent programming under one roof. The event’s third edition is a welcome move and holds hope for DCAW potentially becoming a fixed addition to the community’s art calendar. Sure, Delhi is the host of the India Art Fair, which serves as a meeting point for powerful players in the South Asian art world, but Delhi could use something that serves as an equivalent to the robust Mumbai Gallery Weekend during which Mumbai’s leading galleries not only showcase work by artists on their roster but also host wide-ranging talks and events.

For Vadehra Art Gallery, the oldest among the returning galleries, the goal is to reach out to newbie or art-curious collectors by offering art at attractive prices that won’t force them to break the bank. “At DCAW we are focusing on affordable art this year—well-priced works of established contemporary artists as well as works by younger artists,” says Parul Vadehra, the gallery’s director. “We expect that many people who will visit will be relatively new to the contemporary art scene, and it’s a good forum to introduce contemporary art at a reasonable price point.” Reassuringly, most of the art listed for their display is new, having been made between 2017 and 2019, which suggests that galleries are not viewing DCAW as a site to unload unmoving inventory. Vadehra Art Gallery will show work by some of their star artists—Atul Dodiya, Anju Dodiya, Gigi Scaria, Riyas Komu, Sachin George Sebastian, Sujith SN and Pranati Panda.

Particularly absorbing are excerpts from Anju Dodiya’s 2017 body of work made with acrylic and gouache on book pages featuring medieval era townscapes upon which the Mumbai-based artist has intervened by inserting a motif of one of her recurring tropes—a woman reading. Dodiya plays with books, placing them into the hands of the many illustrated figures as if they were either tools or implements or weapons or props, and with each scene she creates a single-panel narrative that feels both allegorical as well as phantasmagorical. Apocalypse is superbly powerful as a subversive narrative of the impending death of intellectual thought and scientific reasoning in sites where the logic of the mob reigns supreme. Hers is a feminist rendition of Ray Bradbury’s 1953 dystopian novel, Fahrenheit 451, about an apocalyptic world in which the ownership of books as well as their usage is banned. It’s also a nod to the female authorship and subjectivity that was buried under the guise of the canon, and, occasionally, like in The Book Bounty, a delicious visual overlapping of the biblical notion of ‘manna’, the symbology of bread as representative of god’s grace, and the ‘word’ as flesh.


The seven-year-old Blueprint 12, helmed by Ridhi Bhalla, will return for its second year at DCAW with a fresh and moving display of young South Asian artists such as Arshi Ahmadzai (Afghanistan), Mehreen Murtaza (Pakistan) and Champa Mohan and Pranay Dutta from India, with Dhaka-based Mahbubur Rahman as the only established contemporary artist in the booth’s display. Body politics, spiritual subjectivity, the anguish of citizenship under fundamentalist regimes, sci-fi, urban living, and manmade dystopias caused by fragile ecologies are the themes being explored by the vanguard of the emerging generation of artists. Bhalla is excited about the third edition. “I feel like it’s gaining momentum each year,” she says. “Being a young gallery, we focus on South Asian artists, so DCAW is a great platform for us to showcase challenging voices.” While the India Art Fair occurs on a huge scale, making it a big platform, Bhalla sees DCAW as focusing on just the right kind of intimacy to draw audiences. “In our case, we’re always on the hunt for artists from across the subcontinent. We’ve got good price points, some of Arshi Ahmadzai’s drawings,
for instance, start as low as Rs20,000,” she says.

Adding to the subcontinental focus will be Nature Morte’s display consisting primarily of work by the Bhutanese artist, Zimbiri, whose 2015 debut exhibition, Faces, at the Royal Textile Academy, at Thimphu, marked the country’s first female solo show.

Body politics, dystopias and urban living are a few themes being explored by the emerging generation of artists

Her showcase at DCAW is further evidence of how the event is gradually transforming into a launch pad for emerging or lesser-known artists, like the 34-year-old Radhika Agarwala, who, as a first-time attendee and participant, is excited to see conceptually driven work in India. Her sculptural work will be on sale as part of Latitude 28’s display, which will give audiences a glimpse into her impending solo at the gallery, slated for December-January 2019-2020, a prime slot. “The works are going to be compelling,” she says, speaking about her preoccupation with bronze as a medium she has adopted and adapted to in vocalising, visually, humankind’s damaging ecological imprint. “It’s about fragility and resilience,” she says, “Bronze is permanent, but not fragile, and so I use it to depict a dichotomy and an interaction.” Agarwala has been pondering a single question; what if nature had to fight us back? Her 2019 suite of three works, titled Every Bit of the Earth is a Bit of You, explores a mutation in plant life. The cast bronze sculptures reveal cavities as well as tangled roots, and acquire life-like dimensions through layers of watercolour, as well as elements of perlite and concrete, so that the sculptures look as though they were existing in nature. “I wanted to give the image to the viewer as if the sculpture was not made, but comes from a forest that’s been burned down, or is half-burned and half-surviving.”

Besides Agarwala, other newer names to watch out for at DCAW include Ketaki Sarpotdar (Latitude 28), Sangita Maity and Ayesha Singh (Shrine Empire), Kaushik Saha and Kumaresan Selvaraj, whose solo show is ongoing at Exhibit 320. If the newness is too arresting, aesthetic solace can be sought at Gallery Espace’s display which will feature works by a selection of established names that are part of its illustrious roster, such as Chitra Ganesh, Ravi Agarwal and Sunil Gawde. The inclusion of New York-based mixed media artist Nandini Bagla Chirimar’s exquisite work at their booth comes as a definite bonus, making the DCAW potentially un-missable.