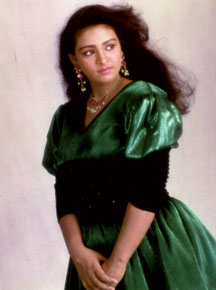 Recently, Shakeela put out her own autobiography in Malayalam. Published by Olive Publications and titled Shakeela: Autobiography, its cover line says, ‘I am not guilty but I am sad’.

In the book, she talks about exploitation by her family right from childhood and her experience of sexual abuse by male teachers. That pattern changed little after she entered the world of cinema. To Shakeela, acting is a thankless job, as miserable as real life.

Extracts from her autobiography:

Why should I write my autobiography? Is there anything to learn from me? I said ‘no’ to the publisher who approached me with the idea of a book on my life. I am not Mother Teresa. Mine is an artificial life and so are the films I acted in. Then why do I write such a book? This was the initial thought I had. Later I changed my mind. I am a woman like any other; who wanted to love and be loved and to live a happy and peaceful life. No one knows what I am and what I went through. No one knows how my name has become a synonym for erotic desire. I decided to write this book on myself because people should know how a Shakeela is formed and shaped.

My entry to this career was through a film in which Silk Smitha played the leading role. She was an ever inspiring presence to me. I have never met any other actress as charming as Smitha. The beauty of her body was transcended by her deep black eyes. Play Girls was a sex education movie in which I acted the role of Smitha’s sister. It was directed by RD Shekhar and produced by Umashankar, a make-up man with whom I had an acquaintance. Umashankar had promised me a good role in the film, and asked me to go to AVM Studio to meet the director. It was like a dream come true. There was hardly any screen test. The director looked at me, asked me a few questions and told me to get ready for the shoot next day.

Later, I was told by Umashankar that the role that I had to do was that of Silk Smitha’s sister. I could not believe it. I could not sleep that night. I was deeply confused. Do I really deserve this? Am I eligible to act with an actress of her heights?

I reached the studio in the morning, next day. I was asked to change my costume. I was given a mini skirt and a pair of stockings. I did not like that costume. I was not feeling comfortable, but I did not want to object as it was the moment of a long cherished dream coming true. It was a pleasant surprise that my first shot was with Smitha. When she comes out of her room, I have to give her a cup of tea and tell her ‘Sister, please have a cup of tea’. Then Smitha would slap my face. The shot was ready and the camera was on. I gave her the tea, and rendered the dialogue politely. As scripted, she slapped me. It was a real heavy slap. I was numb with shock. It was extremely painful. I could not control my tears. That was the only shot taken that day. I was crying and wanted to go back home. Smitha came and tried to hug me. She apologised and told me she had done it for the perfection of the shot. I couldn’t accept her explanation. I thought she did it only because she was a star and I was a beginner. Later, I changed my mind when I saw that Smitha was a very kind human being. The next day she took me to her house for lunch. She amazed me with her humility, dedication to work and punctuality. The news of her suicide was one of the saddest moments in my life. I don’t know what might have prompted her to do it. It remains a mystery.

I have no good memories of my mother. I never experienced love and care from her. It was my mother who spoiled my life. I think my mother did not like me since my childhood. She often ignored me and cursed me. But one day, she appreciated my beauty. This was soon after my sixteenth birthday. Then she informed me that a person would come to pick me up. She asked me to go with him to a place where I have to ‘please’ a rich man who would help rid us of our financial constraints. She asked me to obey him, and do whatever he wanted me to do. I was shocked. I was grown up enough to understand what she was asking for. A stranger came to pick me up, I had no choice. I accompanied him. We reached a hotel room. That ‘rich man’, who was in his forties, was waiting there. I was frozen with fear and sorrow. He undressed me, and raped me. But he could not penetrate me due to my resistance. It was only a beginning. I was forced to sleep with many such ‘rich men’ thereafter. I experienced both pain and pleasure. I am not able to recollect when I lost my virginity.

If I want anyone to read this book several times, it is my elder sister Noorjahan. She is the person responsible for my going bankrupt. There was a period when I was the highest paid actress in the South Indian film industry, but all my money has been stolen by my sister. She was managing my accounts, and I trusted her completely. I did not expect her to cheat me because she had looked after me since my early childhood. It was too late by the time I realised that I had been cheated. At one point in my life I was fed up with the busy routine of cinema. The life of flying from locations to locations made me dull and unhappy. I wanted to take a break. I informed my mother and Noorjahan that I wanted to get married and have a peaceful family life. Both of them were shocked. They looked at me as if I had done a crime. After a few minutes, Noorjahan started advising me not to take such a foolish decision. I realised that they loved only my money, and had no concern for my future. I was furious. I told Noorjahan that I want all my money back. To my shock, she said that all the money had been spent on the family.

I prefer the company of women to men while drinking alcohol. Men would make sexual advances after a few drinks. They think that I give them company because I want to sleep with them. Poor men! They lack imagination. Their only motivating factor is sex. I have more freedom with women. I can hug and dance with them. If I do the same with men, they would force me to have sex with them.

‘Have you been really turned on while enacting intimate physical encounters?’ This is a question I have often been asked. We are not doing it in a private place. How is it possible to enjoy sex when you are watched by the whole crew? Sex is not a mere physical act as far as a woman is concerned. If there is no emotional bonding, it is difficult to enjoy sex. Whatever I did was nothing but acting. I had never had arousal during a performance.

Translated from Malayalam by Shahina KK 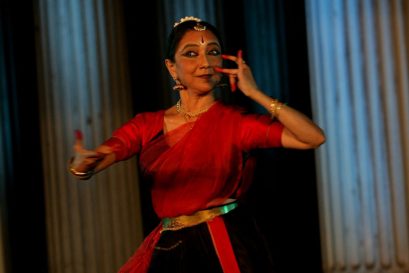