Where Are the Beautiful People?

Our human rights activists who oppose capital punishment choose not to speak for Kasab. That’s cowardly. 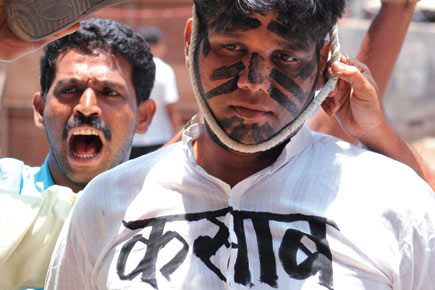 Our human rights activists who oppose capital punishment choose not to speak for Kasab. That’s cowardly.


At the end of it all, the truth is that a boy who was on a suicide mission will now be punished by death. He hoped to be killed by bullets, but the justice apparently is in hanging him by a rope. His conviction, according to Home Minister P Chidambaram, “is a message to Pakistan”, and the message is that if you want to die, we will kill you.

That is what it is all about. After several months in court, and enormous paperwork that the public prosecutor summarised in a cheaply spiral-bound dossier titled ‘Yes, You’re Guilty’, the case of Ajmal Kasab has ended the way it was expected to end. My colleague Haima Deshpande had reported in Open that India does not have a single active hangman anymore and that the Government’s offer of Rs 150 is not luring new aspirants. But the Government will find a way. Because apparently ‘we’, which is not a pronoun but a political absurdity, want him dead.

If the last 18 months are any indication, in the time that now follows, no Indian of any reasonable stature will publicly condemn the death sentence of Kasab. The national mood is belligerently clear. So the Beautiful People, who share a paranormal uniformity of thoughts concerning global warming, the statehood of Tibetans, the welfare of Oliver Ridley turtles, the evil of capitalism and even the injustice of capital punishment, will now keep their mouths shut. That is cowardly.

In almost all public domains, like TV studios, Twitter, blogs, columns and Facebook, where liberal idealists usually go to lament, there is a nervous silence regarding Kasab. It is as if liberals (I can’t find a better word) themselves are unsure about their stand. But largely, their silence is due to the fact that defending Kasab’s right to live will invite the wrath of their own friends and colleagues, and make them targets of crude abuses of online retards.

Writers like Arundhati Roy have been very courageous in questioning the justice process that resulted in the death sentence awarded to Afzal Guru, accused in the attack on Parliament. The reaction of the new net-enabled average Indian was, and still is, a venomous outrage. Anyone who criticises the barbarism of Kasab’s death sentence will be far more unpopular. Web 2.0 has revealed the world as a place festering with an inordinately high number of dim, hateful people whose views, in the older days, would not have got past the doormats of a newspaper office, but are now broadcast for all to see. The Beautiful People know the consequences of condemning Kasab’s death sentence. So they lie low. But if they love humanity as much as they claim, if they really believe in their ideals, they must make their stand even in the face of extreme hostility. Cowardice is not an option for the good. Because goodness is a form of genius and it is best expressed not through the easy festivity of groupism, but by acts of personal courage.

The silence of the liberal population in the Kasab issue will further expose the difference between the brave ringleaders of various movements like Roy and Medha Patkar, and their fashionable followers in Fabindia kurtas who espouse beautiful sentiments only when there is not much risk involved.

At first glance, it appears that the campaign against capital punishment is worst served by Kasab—a person of subhuman intelligence and values who slaughtered unarmed people in a railway station. But the truth is that Kasab best exposes the absurdity of capital punishment in the modern world, where the most dangerous criminals are those who are willing to die while committing their crimes. If the only way a nation can punish a terrorist is by granting him his wish, then there is something wrong.

Like many people, I have a confused view of capital punishment, chiefly because if I were a victim of Kasab, I do not think I would have the moral strength to let him live, even in a miserable Indian jail. As Nicole Kidman says in the film The Interpreter, “Vengeance is a lazy form of grief”, and I think I too would seek such a lazy form of grief.

But people who have a greater moral clarity should make their voices heard even in the face of all the jeering and abuses.

In their pursuit of humanness, they should not be afraid of humanity.