The ways in which almost-friends impinge on your life 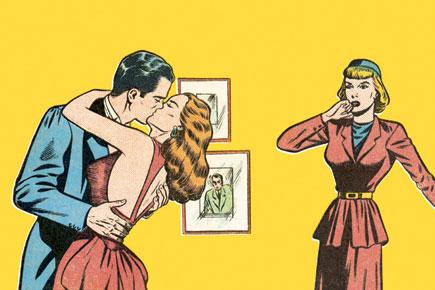 The ways in which almost-friends impinge on your life


Last Friday, I ran into two almost-friends—you know the people you’re really fond of, but only so long as you meet them in big groups with the wine flowing freely and the freedom to drift in and out of conversations? We were that kind of friends. Over a 10-course meal at a fancy restaurant they were reviewing, we made small talk. Who was marrying whom, who was dumping whom, who was moving ahead in their career and whose career had reached a screeching halt. And then, inevitably, the conversation turned to The Group.

Let me explain who, or what, The Group was.

Once upon a lifetime ago, I used to be part of a large group of colleagues turned best friends. I remember the day I walked into the office where I met all these beautiful, neurotic, wildly entertaining women for the first time. It was a moment of suspicion and snap judgements. I remember that day like it was yesterday. Those women taught me everything I know about how to be a good friend. And a worthy adversary.

Running into my two almost-friends made memories from that part of my life come flooding back. And of one person, in particular.

I’ll call her the ‘Hardseller’. She was confident, assertive and oh-so-good at selling herself. In sharp contrast, I was the numbers girl who’d never done an interview but could write detailed papers on CRR, repo rate and reverse repo rate. She taught me words like ‘huaraches’ and ‘espadrilles’. I was charmed. I needed her to feel like an insider in an alien world. And so I decided I was going to like her. When she came along with her rent rants, shoe obsession and beautifully manicured nails, I decided to give the relationship a shot. It was a shallow love affair.

She became my closest friend at work, my lunch plan and smoking buddy. Once I got used to her litany of complaints against the world, it became easier to like her. It was like learning to adjust to a lover’s idiosyncrasies. She learnt to handle my mood swings and I learnt to tune out of her self-obsession. We became so close that when we decided to quit, we did it on the same day. I wrote our resignation letters and she signed one copy. The day she left the city to go back home before deciding what she wanted to do next in her career, I cried. Big, wet, sopping tears. She was one of the few people who knew about me and The Dude. I’d told her after our third date. She’d berated me for falling for a wily old man. She saw my descent, saw me falling in love with a guy who, I was convinced, would never feel the same way about me. I never told The Dude how I felt, but as I wept on her sofa, it was impossible to hide how madly in love I was.

Fast forward to the day I broke up with The Dude. I’d decided to marry Mr Right, and for that, I had to eliminate Mr Wrong entirely, no matter how much it hurt to do it. She was the first person I told. Three days later I found her in his bed. That was the end of our relationship. I felt betrayed, hurt and angrier than I’d ever been in my entire life. But I figured they deserved each other and decided I was going to move on or die trying.

But she wouldn’t let me. She went on to make my life a living hell. Every time I turned around, I’d hear a new story. How I’d never told her about him and me, how I was punishing her for his crime, how they’d fallen in love but had resisted each other for my sake. In retrospect, I know it must have been a panicked reaction. But at that time, each story was like a punch in the gut. The high road may have been a classier one, but it did little to loosen the knot of anxiety in my belly. Eventually, though, the stories did stop.

In a lot of ways, breaking up with her hurt much more than breaking up with him. Strangely enough, on some days, I find myself missing her. And I wonder if she misses me too. Every time I run into someone from that lifetime, my world feels uncomfortably small… Like a sweater that doesn’t fit anymore. It makes me wonder what life would be now if one of us had made one move differently. I wonder if it’s the universe’s way of telling me, ‘Come back, we’re not done here.’