Reservation does not spell prosperity for its avowed beneficiaries 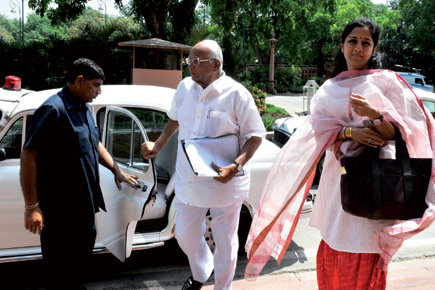 Reservation does not spell prosperity for its avowed beneficiaries

The winds of Assembly polls have gathered force in Maharashtra. Though still mild now, there is every indication that they will pick up speed in the three months to the polls. The ruling coalition partners Congress and NCP and their rival alliance partners Shiv Sena and BJP have already started slugging it out verbally. However, through a recently taken decision, the state’s Chief Minister Prithviraj Chavan seems to have unified the warring factions and also scored politically over them.

Is this reservation really needed? Marathas form the state’s dominant ruling community. Of all the CMs of Maharashtra, non-Marathas can be counted on the fingers of one hand. Such is their hold. Besides, over the last 40 years, this community has dominated the cooperative movement. A majority of the state’s sugar barons are Marathas. So also, educationists. Then, how can this community be called ‘Backward’? It was this question that had kept the decision on Maratha reservation pending all these years.

With Assembly polls round the corner, the CM has played a trump card by declaring a quota for a community that forms a large part of the electorate. However, when there are limited trump cards in hand, they must be used wisely. In this case, I do not think the CM's move has been a wise one. The dismal performance of the state’s ruling parties, the Congress and NCP, in this summer’s Lok Sabha polls has not taught them any valuable lessons. They have learnt little from failure and continue to repeat their mistakes. Declaring this reservation on the eve of the state polls will backfire on the government. If implemented, total reservations in Maharashtra will touch 73 per cent. With the Supreme Court having ordered a 50 per cent cap on reservations through an earlier judgment, the question is whether these new quotas will stand up to legal scrutiny in the courts.

Say, if the courts strike down this reservation, then the Maratha community will feel cheated. Even if this decision is acceptable to the courts and passes the legal test, the Congress and NCP will lose the trust of the 52 per cent who currently form other reserved categories in the state. There is a general feeling among those of existing reserved categories that new shareholders are entering their ‘reservation zone’ and this will adversely impact their interests.

The other side to this is that communities that have not been given reservation will feel short-changed and will vote against the Congress and NCP. The question is whether Marathas really need this reservation. Moreover, will they prosper through it? They may need reservation, but they are unlikely to prosper by it.

The perception that the entire Maratha community is well-off as they have been dominant rulers is false. There are some families that have dominated politics and the co-operative sector. These have progressed, but the majority of Marathas as still illiterate and poor. Maharashtra's Maratha CM, Maratha ministers and other rich people of the community may live in bungalows and possess all that the rich have, but their Maratha drivers, Maratha staff and Maratha domestic helps continue to live in poverty and dismal conditions. Consider also the case of Mathadi Kamgars, load-bearers in the wholesale markets; they are also Marathas but they are illiterate, poor and have few means of upward social mobility. They earn the same meagre wages handed out to daily wage labourers. Who will think of their upliftment?

In a welfare state, especially if you call it so, the government has to think of those who are economically backward in the dominant community too. But if you ask whether they will prosper through this reservation, I will reply in the negative. The past has been witness to the fact that only a few families and their progeny gain the benefits of such programmes. Subsequently, they become dominant families among communities classified as reserved categories, as a majority continue to lag.

This is a political gimmick the Congress and NCP have resorted to since it is now a question of their own political survival in a poll-bound state.