In Salman They Trust

In Salman They Trust • Waiting for Release • Bewitched beyond Belief 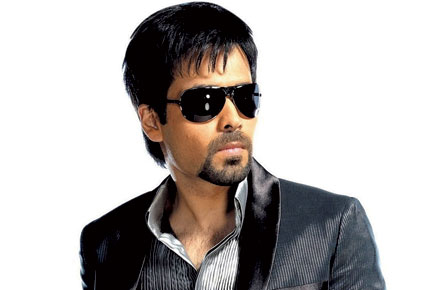 In Salman They Trust • Waiting for Release • Bewitched beyond Belief


One Fukrey star, Ali Fazal, landed a role in the seventh Fast & Furious film, while another, Pulkit Samrat, was reportedly dropped from Sudhir Mishra’s Pehle Aap Janab (earlier titled Mehrunissa) because he quoted Rs 3 crore as his acting fee to play the role of a younger Rishi Kapoor.

Pulkit, the latest in the long roster of young actors who’ve been taken under Salman Khan’s wings, will play the Ek Tha Tiger star’s younger brother in one film and is apparently being ‘handled’ by Salman’s people. According to sources in the film trade, he’s been asked to run all offers by Salman’s manager so he can be advised appropriately. Perhaps Pulkit ought to look at the careers of other hopefuls—singer Kamal Khan, Lucky debutant Sneha Ullal, Katrina Kaif-lookalike and Veer leading lady Zarine Khan—whom Salman promised to mentor but subsequently tired of, before submitting himself to the beefed-up star’s coterie of managers and handlers.

Kurbaan director Rensil D’Silva’s new film, Ungli, is reportedly besieged with problems. Shooting for this Emraan Hashmi-starrer has been over for some months now, but post- production is taking longer than expected. First, producer Karan Johar got into a bind with composer duo Salim and Suleiman Merchant when they apparently demanded the intellectual property rights of the tunes they’d composed in the film. This is fast becoming the practice in the movie biz, with AR Rahman leading the way. Karan decided not to part with the rights and allegedly replaced the composers overnight. So new songs are being created for the movie.

There’s also some buzz doing the rounds that the makers weren’t exactly thrilled with Shirish Kunder’s edit of the film, and have quietly brought in Karan’s trusted editor Deepa Bhatia (she famously lopped off many indulgences from My Name Is Khan and whittled it down to a reasonable length) to do a clean-up job.

But it’s possibly Emraan Hashmi’s poor luck at the box-office lately that is hurting Ungli the most. Signed up for the film two years ago when his star was on the rise, Emraan has had a string of duds, starting with Shanghai last year; the others include Raaz 3, Ek Thi Daayan and Ghanchakkar. In plainspeak, this means studios aren’t exactly throwing big money to buy the film off Karan’s hands.

Finally, with Rensil committed to direct the last five episodes of the first season of Anil Kapoor’s mega television thriller 24 (Abhinay Deo is series director, Rensil is the writer), Ungli has more or less missed a 2013 release window.

But word coming out of the Dharma Productions offices is that Karan believes the project still has potential and intends to push it down audience throats once they lock a release date.

A prominent director continues to remain infatuated with his muse, so much so that he didn’t blink an eyelid when he lost a committed producer attached to his project who had managed to rope in not one but two more bankable leading ladies for the director to choose from.

Determined to cast only his favourite actress in this triangular love story, for which he has already cast two thespian male stars, the director rejected both an A-list heroine who was willing to work for scale, and an award-winning actress with a spate of hits behind her who showed eagerness over being paired opposite the two male stalwarts. The director was very clear it was going to be his dusky discovery and no one else.

It was the director’s stubbornness and insistence to cast only this beautiful but frankly raw actress that ultimately cost him his original producer, who decided to opt out of the film despite his affection for the director, whom he’d trained under years ago. The film has found a new producer and is expected to go on the floors shortly with the director’s choice of leading lady very much intact.