The Superhero’s Lady Love • The Film Everyone’s Excited About 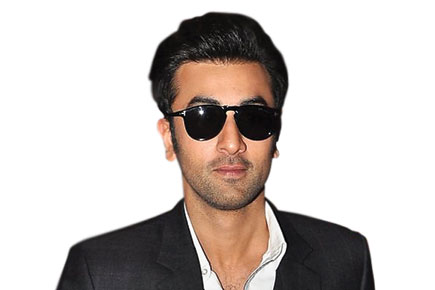 The things movie stars will do to promote their films! Arjun Kapoor walked the red carpet at an awards ceremony last week wearing a pair of red women’s shoes. The actor who’ll next appear as a house-husband to Kareena Kapoor’s ambitious career woman in R Balki’s Ki & Ka, sportingly posed for shutterbugs flaunting his heels, and even pirouetted in them to show how comfortably he could carry them off. His buddy Ranveer Singh serenaded him for the cameras when he hit the red carpet just moments later.

And to think these guys played oiled-up lafangas oozing machismo when they last appeared together on screen in Gunday.

Casting the female lead opposite Ranbir Kapoor in Ayan Mukerji’s superhero film took some deliberation, insiders reveal. Ayan and producer Karan Johar zeroed in on Alia Bhatt, not only because the Student of the Year star hadn’t been paired opposite Ranbir before, but also because the film is intended as a trilogy and Alia will still be relatively young while the third film is being made a good seven or eight years in the future.

Ayan, who is good friends with both Deepika Padukone (whom he directed in his 2013 smash Yeh Jawaani Hai Deewani) and Katrina Kaif (who was Ranbir’s girlfriend until recently), is reported to have had his heart set on Alia pretty early on during the film’s planning stage. He’s now busy working on the mythology of Ranbir’s superhero character, our source explains. Ayan has also been working closely with VFX outfits to explain his vision for the project, and to determine the viability of it.

The folks at Dharma Productions are hoping desperately that Ranbir’s next two films—Anurag Basu’s Jagga Jasoos, and Karan’s own Ae Dil Hai Mushkil—will turn the actor’s fate at the box-office, thereby justifying the high costs involved in producing Ayan’s trilogy. It will no doubt be hard to raise a budget that could balloon north of Rs 80 crore on the first film itself, until RK’s films start turning in a profit.

The Film Everyone’s Excited About

It’s one of the more eagerly awaited films of those announced last year, and it’s finally shooting now. Few are aware, however, that considerable drama went down before the filmmakers got to this point. First, it was revealed that one of Bollywood’s leading producers would be bankrolling this promising director’s second film. Then came some terrific casting details. Between that and now, there was reportedly an awkward confrontation between the director and the producer, and even a temporary shutdown of the project.

Those in the know say the director—doubtlessly talented but also famously opinionated despite having made only one film before—had teething troubles initially, and routinely clashed with Production. From refusing to share the script with the producer, to bossing around his team including his longstanding friend and CEO, the director was rubbing too many people the wrong way. It all came to a boil when the director exploded on the phone to the producer, who was busy with another project outside India, over an audition video that the director accused the production staff of carelessly misplacing. Not one who is used to being yelled at, and already tired of hearing repeated complaints about the director’s mood swings, the producer reportedly pulled the plug on the project while on the phone line from Europe. He was halting production on the film indefinitely.

Nothing moved till the producer returned weeks later, and a face-to-face meeting with the director was arranged. the producer listed all his concerns, laying down ground rules if the project was to be revived. By the end of the long confrontation, it appeared that the producer and the director were on the same page. The director agreed to be more trusting, and the producer made an assurance that the film was important to his company.

Despite some scepticism from the film’s A-list leading man who had by now heard about the brief falling out, the film went into production on schedule. It’s currently shooting outside Mumbai, and remains a project that the industry is excited about.