“Gandhi as a film will outlive us all”

Roshan Seth on Richard Attenborough (1923–2014), the man behind one of the greatest biopics ever made 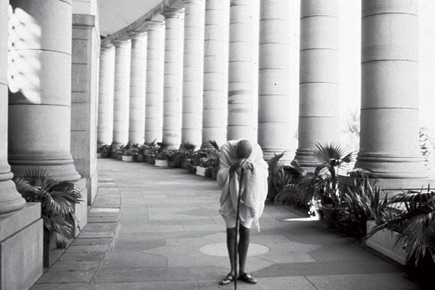 Roshan Seth on Richard Attenborough (1923–2014), the man behind one of the greatest biopics ever made

Gandhi remains the definitive work of Richard Attenborough, what he always will be remembered by. There is no question in my mind of that. It’s a film that speaks for itself. It has survived for 30 years. People are very proud of it. All Indians are proud of it. My experience of working on it is in a sense immaterial, as the film will outlive us all. It changed the course of my life. It gave me a chance to be an actor again. I will always be remembered for my portrayal of Nehru. I am still known as ‘Nehru’ today wherever I go, and I am more than honoured by it. The film came at a crossroads in my life. I had returned to India after living in England for 15 years. I considered 15 years long enough for things to have fallen in place in my attempt to be an actor. However, that didn’t happen, and I gave up acting, and came back home in complete and utter defeat. I took up a job at India International Centre as a sub-editor for its journal. And that’s when I went to meet Richard Attenborough.

Pandit Nehru was the last major character required to be cast, all the other actors had been selected. Attenborough told me that Nehru was the second most important character in the film. Nehru came into his own after Gandhi died. Up until Gandhi’s death, Gandhi was the premier figure in the Congress party. Nehru was important as he was the great lieutenant of Gandhi. They were looking at portraying a father-son relationship in the film. I wasn’t the obvious choice. There were many problems before I was offered the role, and there were many people competing for it. I did a screen test for the role, for which I went down to England, along with Rohini Hattangadi. Rohini did her screen test in four days and returned. They were unsure about casting me. I didn’t look like Nehru, and the costumes were wrong. Finally, after seeing everybody and my screen test, I suppose they saw some potential in me and offered me the role.

I was asked to play the character 10 days before the shooting was to begin. And at the beginning I almost didn’t do it because I thought there were problems with the contract. I rang up my brother, who was the Consular General at Hamburg at the time and told him about the offer and the problem. My brother convinced me: “Don’t be a fool, do it. He is the first major political character to be portrayed on the screen. You have a chance to play him. You don’t need the money. Put your pride to one side and do it.”

The start of the film for me was very shaky. I had come for the shooting after the end of a nine-year relationship with a woman. I was unsure of myself in the beginning and did the entire movie with a broken heart. But by the end of 16 weeks, I had gotten into it and played two or three scenes of which I am still very proud.

Attenborough is a wonderful example of a director as field marshal. He knew how to employ talented people. India is a difficult country to get along with. There were the usual kind of differences— differences which were felt during the shooting. It was felt that Indians were treated in one way, the English in another. But he kept pushing on. He was after all on a time schedule and had a difficult film on his hands.

What I really admire is that he cast an epic project with completely unknown actors and that takes a lot of courage. He had sprinkled the film with big names like Candice Bergen, Martin Sheen, and knights of the British acting stables in it, but I suppose that was to attract an audience. All the major parts, the Indians and Gandhi himself, were played by unknown people. He himself was an actor before he was a director, and he could appreciate the process of acting. There are very few directors who know how to nudge a nuanced performance out of an actor and he was one of them.

As we went along, Attenborough realised a couple of things: that my background was similar to Nehru’s; that I had met Nehru as a child and knew about the character I was portraying. I also knew the family. They helped me in getting the wardrobe right. The first scene I did was a bit of a disaster. It was with British actor John Mill, who played the Viceroy. I had no dialogue. I had to just sit in a powder-blue achkan. It did not come out well. Jawaharlal Nehru would never have worn a powder-blue achkan. We had to rework the wardrobe, and it was done after Indira Gandhi’s intervention. The costumes for Nehru were 100 per cent accurate towards the end. As the film got along, and as I got into the character, Attenborough started relying on me. He knew that I knew my history, my dates, and knew what I was talking about.

Attenborough’s interpretation of Gandhi was based on Louis Fischer’s biography on Gandhi. Fischer had used as a template for his book what Gandhi told him—that “my life is my message”. What Attenborough, therefore, took were the major events from his life and put those in the film. It wasn’t subjective. He was merely showing what happened.

There has been criticism of his interpretation of Gandhi, as there is bound to be. We argue about everything. Morarji Desai was one of the many critics. The point is that any work of art that outlives its critics and its criticism speaks for itself.

We became friends later. In my profession, the word ‘friend’ needs to be used cautiously. He came to see me when I was acting on stage in England after the movie. Every year, up until a few years ago, he used to send me a Christmas card. He also knew the Englishwoman I was married to. I never got a chance to work with him again. We kept in touch but from a distance. The main thing is that he respected me and my work.

He was a charmer, a people’s person, a wonderful networker. He dealt with everybody with great love and respect. He knew how to get work out of people, how and when to flatter them, when to scold them. I remember the small things, like how he used to love Toblerone chocolates.

I have seen a lot of his other work. I loved his performance in 10 Rillington Place, where he played the role of serial killer John Christie. He was among the British greats—directors like David Lean and John Schlesinger. In the end, I think his achievement—in making Gandhi—will outlive his memory by hundreds of years.

(As told to Shruti Vyas)

Roshan Seth
Roshan Seth played Nehru in Gandhi. He also acted in several films including Indiana Jones and the Temple of Doom