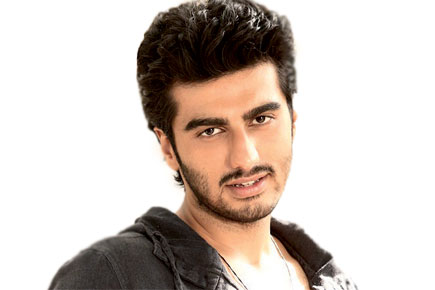 
Shimit Amin, the reclusive director of such terrific films as Ab Tak Chappan, Chak De! India and Rocket Singh: Salesman of the Year, has been keeping an unusually low profile even by his own standards. Rocket Singh, from the year 2009, may have got a thumbs up from critics, but earned a pittance at the box-office, and Shimit hasn’t returned to direction since. Instead, he spent close to two years working with Mira Nair as editor on The Reluctant Fundamentalist, and Mira describes his contribution to her film as “a wonderful gift”.

Now, it turns out, Mira will return the favour. The buzz is that Nair and Yash Raj Films honcho Aditya Chopra will co-produce Shimit’s next directorial venture. The script idea for this film was apparently planted in Shimit’s head by Mira herself while they were working together on The Reluctant Fundamentalist.

Industry insiders say Shimit’s hiatus from Bollywood amounts to “career suicide”, given that he’s an A-list director with whom big stars willingly work. But while he may have stayed out of the spotlight these four years since Rocket Singh, one learns that he wasn’t idling away his time. Having recently formed a production outfit with his wife Megha Ramaswamy, he’s put his strength behind a small female-centric project titled Girls, which is being directed by a close friend of the missus.

Boney, Will You Cast Your Son?

Few newcomers are trusted with double roles so early in their career, but Arjun Kapoor was fortunate to land one in his second release. In this week’s Aurangzeb—described by some as The Departed-meets-The Devil’s Double—the Ishaqzaade star plays a second-generation gangster and his innocent, unfortunate lookalike. He’s also more than halfway through the filming of Gunday, in which he stars with Ranveer Singh and Priyanka Chopra. Then there is the yet-untitled adaptation of Chetan Bhagat’s 2 States, in which he plays a Gujarati husband to Alia Bhatt’s Tamilian wife. Add to these an English language film he has just signed on with Deepika Padukone, titled Finding Fanny Fernandes, which will be helmed by Cocktail director Homi Adajania.

The actor has his hands full, most would say, but Arjun reveals he is still waiting for one phone call “that will make me very happy”. This is an offer to star in the Mr India sequel that his father Boney Kapoor is currently busy with. “I’d be very upset if the director who takes on the project decides he wants to go with another actor,” Arjun confesses, revealing that no director has been confirmed for the film although his father is in talks with a few. Dismissing rumours that his uncle Anil Kapoor (and the star of the original 1987 superhit) had recommended Ranbir Kapoor’s name for the sequel, Arjun says nothing has been finalised yet, not even a script.

“Mr India is very close to me. It’s the film I grew up with, and it has great sentimental value,” he says. “My dad knows I want to be in the sequel, but we all know we have to do what’s best for the film. If there’s no place for me in the script, they won’t cast me.”

Producers have reportedly been grumbling that this young actor, who made his debut last year in a quirky sleeper hit and has only had one more release since, is already demanding Rs 3 crore as his acting fee per project. According to trade talk, he was close to signing at least two new films, both of which he is now no longer doing because the makers allegedly wouldn’t cough up the fat fee he demanded.

The actor, who worked in television before he got into movies, had a rather public falling-out with a prominent producer-director last year when he dropped out of a project after the maker failed to cast a prominent leading lady opposite him. Much dirty linen was washed in public at the time, but the controversy died down after a while.

Fortunately for the young star, he’s got no shortage of offers. Next he will star in a comedy that is being made by the same team that gave him his winning debut (of course, he is not getting paid anywhere close to Rs 3 crore for this film). And, pooh-poohing rumours that his client could soon be out of work if he remains inflexible with his asking price, the actor’s manager insists he is currently poring over a pile of scripts that have been dropped off by hopeful filmmakers.