When will Bollywood’s status as comic relief at international film festivals change? 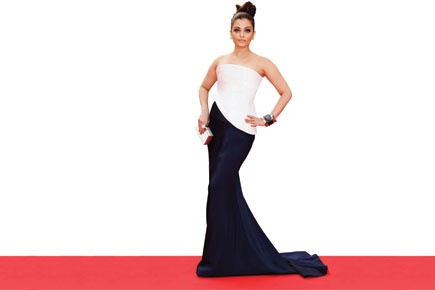 When will Bollywood’s status as comic relief at international film festivals change?


I first went to the Cannes Film Festival in 1999. I had very little idea of the scope or complexity of the festival or even how to negotiate the maze of publicists, films and various sections.  There were, I’m guessing, around ten or 20 Indians at the festival then.

Despite the negligible numbers, India made its presence felt. Murali Nair won the coveted Camera d’Or or first film award for Marana Simhasanam, the story of a poor labourer in Kerala who steals out of hunger, somehow becomes the prime accused in a murder and then becomes the first man in the country to die by electric chair,  developed with a loan from the World Bank and technological help from  the US. He dies a hero and has a statue erected in his name. Marana  Simhasanam, made over 15 days for £40,000 with a cast of non-professional actors, put India on the Cannes map. It was the first  Indian film to win after Mira Nair’s Salaam Bombay!, which had picked up  that prize 11 years earlier.

We have won nothing at Cannes since. Last year, an Indian film, Udaan, made the official  selection for the first time in seven years. But there hasn’t been one in the main competition section since Shaji N Karun’s Swaham in 1994.

Intriguingly, though, we have amplified our presence at the festival. There are now hundreds of Indians furiously networking, trading and marketing themselves at the Croisette. The most visible, of course, are the stars who are trotted out by various companies—L’Oreal, Chivas Regal. These companies are festival sponsors and benefit from having their ambassadors photographed on the prestigious red carpet at the Palais.  The stars get to rub shoulders with  Hollywood royalty. So it’s a win-win deal for everyone. Less visible, but equally active are the executives from studios like Reliance, PVR,  UTV and Eros, who are busy cutting deals. My favourite Cannes success  story is of the late Yash Johar, who single-handedly opened up the German  and Polish markets by standing there and selling those  territories for a pittance. Once Germans had savoured Kabhie Khushi Kabhie Gham, there was no looking back.

Bollywood, the industry, has soared at Cannes. But Bollywood, the cinema, barely registers. This year, a documentary co-produced by Shekhar Kapur and co-directed by Rakeysh Omprakash Mehra was the token Indian presence in the main categories. The response was decidedly mixed—many Indians disliked it and many non-Indians found  it bewildering and lacking in context.

The industry isn’t unduly perturbed by its poor showing at the festival. As Saif Ali Khan explained: Cannes denotes a different cinematic sensibility and it is not a goal that many mainstream filmmakers want to chase. But the more festival friendly ‘Hindie’ films  and regional art house movies don’t make the cut either. When I asked Anurag Kashyap why, he said it was because his generation of  filmmakers still had one foot in Bollywood. But the next, he insisted,  is making global cinema and will soon be seen at Cannes.

I hope so.  Because a presence built on stars and red-carpet style will eventually ring hollow. As Anurag said, in the global film scenario,  Bollywood is viewed as comic relief.  It’s about time we changed  that.