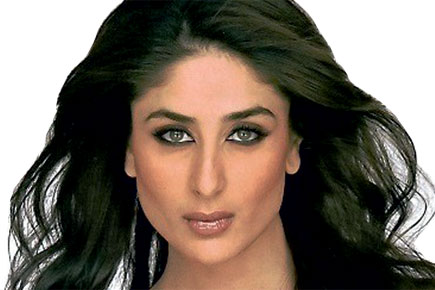 
Filmmaker Vipul Shah, who made a string of hits with Akshay Kumar (remember Aankhen, Waqt, Namastey London, Singh is Kinng), is now reportedly banking on Vidyut Jamwal, who stole last year’s Force from right under John Abraham’s nose. Turns out Shah has sold the idea of a Die Hard-like trilogy with Jamwal in the lead to Anil Ambani’s Reliance Pictures, which has apparently agreed to bankroll the project.

It also appears that Shah has tied up the model-turned-action star in an exclusive contract that doesn’t allow him to so much as read other filmmakers’ scripts until he’s completed his three-film commitment to Shah.

Kareena Kapoor has made no bones about the fact that it pains her to see her rivals notch up blockbuster successes starring in films opposite her superstar cousin Ranbir Kapoor. She has said Katrina, Deepika and Priyanka “are having a field day” doing romantic movies with Ranbir— “something that I naturally can’t”.

No wonder she’s supposed to have jumped at Zindagi Na Milegi Dobara director Zoya Akhtar’s offer to star in a film that casts Kareena and Ranbir as sister and brother.

Now the funny thing is that the famously snotty Kapoor sisters—Karisma and Kareena—have never been close to Ranbir or his parents all these years. (It was widely reported that Ranbir and his mum Neetu Singh-Kapoor weren’t even invited to Karisma’s marriage nine years ago.) But industrywalas  say their attitude changed immediately after Ranbir became an overnight sensation with his very first film appearance in Saawariya.

Having made multiple movies with Akshay Kumar, Shah Rukh Khan, Salman Khan, Ajay Devgn and Saif Ali Khan, Kareena has recognised the need to work with younger heroes too, if career longevity is what she’s after. But it doesn’t help that there’s too much awkwardness with ex-boyfriends Hrithik Roshan and Shahid Kapoor, or that Abhishek Bachchan won’t work with her since her sister broke up with him. Which leaves only Imran Khan among the younger lot, with whom she recently starred in Ek Main Aur Ekk Tu. And possibly Ranveer Singh, opposite whom she will star in Sanjay Leela Bhansali’s Ram Leela.

Zoya’s film is currently in scripting stages and is likely to go into production later this year. Kareena, meanwhile, appears to have put her impending nikaah to Saif on hold and signed a fresh bunch of films. You have to give it to Zoya for not holding a grudge. Don’t forget, Kareena dropped out of her Luck By Chance once it became clear Hrithik wasn’t going to star opposite her. And Ranbir famously decided he didn’t want to do Zindagi Na Milegi Dobara after she announced she was casting her brother Farhan as one of the three leads.

The Baby Fat with the Bathtub

She’s never had an hourglass figure, and it is to her credit that she’s succeeded in an industry where thin is in. But weight issues have caused her embarrassment on some occasions, like when she was shooting a bathing soap commercial for a leading South Indian soap brand in Kerala.

The photographer reveals that the actress, who was required to lounge comfortably in a bathtub covered in foam, simply couldn’t sink into the tub gracefully. The unit grew frustrated because she was too shifty, causing much of the water in the tub to spill each time she tried to strike a comfortable pose.

Much to the poor actress’ embarrassment, someone suggested tying her down in the tub with weights in order to avoid all movement, so the photographer could get his shot. That’s what they had to do eventually. Weights were used to hold down the actress and prevent her from shifting her pose inadvertently. Then water was poured into the tub, and finally the foam. All this in the presence of a full unit.

A thorough professional, the actress went through with the shoot without any complaints or tantrums, but was visibly embarrassed. Reportedly, she’s requested the brand to ditch the bathtub concept for the second commercial that she’s meant to shoot shortly after she returns from a commitment in Australia next week.